The Kolar police have identified the deceased as Shubham Sen (18), a resident of Banjari locality in Kolar

Bhopal (Madhya Pradesh): An 18-year-old youth hanged himself to death at his house in Kolar locality on Sunday evening, the police said.

The police added that the reason behind the extreme step taken by the youth has not been ascertained and further investigations are underway to unearth the same.

The Kolar police have identified the deceased as Shubham Sen (18), a resident of Banjari locality in Kolar. Kolar police officials told Free Press that Shubham used to work as a conductor in a school bus.

Shubham’s parents and his elder sister had left home on Sunday evening, while he was at home. When his parents and sister returned home some time later, they found him hanging to the ceiling of the house.

Shubham’s kin brought his body down and took it to JK hospital in Kolar, where he was declared brought dead on arrival. The Kolar police were informed, who reached Shubham’s house and began probing the matter.

“No suicide note has been recovered from the spot. Further investigations are underway in the case to ascertain the reason behind the extreme step taken by Shubham”, said Kolar police. 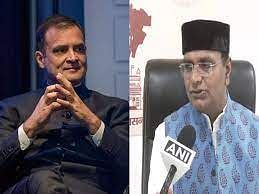