Considering his background even a teacher advised him not to dream high and target competitions to become a patwari.

Bhopal (Madhya Pradesh): Coming from a modest agrarian family of a village in Sehore, IPS officer Hitesh Choudhary could have hardly dreamed of cracking Union Public Service Commission (UPSC) exam had his father not got a job in FCI and moved to the town from the village unlike all other families from his community.

Considering his background even a teacher advised him not to dream high and target competitions to become a patwari. Nevertheless, grit and gumption in Choudhary never let him lose his aim till he cracked the most prestigious competitive exams.

“I got a chance to meet that teacher after becoming an IPS officer. He said that he knew that I was capable of cracking the exam,” laughed Choudhary.

Now posted as SP (Rail), Choudhary said, “I was as much into sports as studies. In fact, later many a time took a backseat leading to huge absenteeism in classes.”

He praises his parents and elder brother Congress MLA Kunal Chaudhary and gives them credit for not putting any pressure on him.

“My school and college days were happy with whatever I did. Rather, my father used to say- don’t study after evening and used to send me to the market to buy vegetables etc so that I could socialise”, he said.

“I was a small town boy from Sehore till I met my brother-in-law who is an IPS officer. He is the one who inspired me and is my true role model,” said Choudhary.

After schooling from Sehore and Ujjain, Choudhary took admission in engineering in SGSITS, Indore.

He cracked GATE and got into IIT Delhi for MTech. He simultaneously prepared for the UPSC as well.

“Given the financial constraints as the major reason I never took coaching for any subject except once for chemistry and then geography. Rather I taught during days of preparation- that helped me strengthen my subject specially, civil engineering.

I cracked IES (Indian Engineering Services) and was selected in the railways. I worked in railways for ten months when the result of UPSC was declared and I was selected as IPS”, he added.

“I got Rs 1000 per hour for teaching in coaching. The same institute gave me an offer to teach in Gujarat with a package of Rs 80-90 lakh per annum but I preferred my preparations,” said the office.

Preparing for UPSC while pursuing IIT is one of the most challenging things to do, confided Choudhary. His teacher in IIT allowed him only a week’s time to prepare for the UPSC exam.

One of few officers in the past two decades who completed two years in office as superintendent of police, Railways, Bhopal, the 2013 batch IPS officer Hitesh Choudhary says if a police officer is tough, maintains impartiality and acts on merit, he can curb crimes effectively. Excerpts of his interview

What inspired you to opt for civil services?

The roads in my village Dhankhedi had potholes. We did not have access to basic services. When my family shifted to Sehore, we got some exposure but facilities were not enough. So, with little knowledge I had in childhood, I knew I could change the situation if I became Bill Gates or a Prime Minister. And none of them really seemed possible.

How do you summarise your journey?

When I went to get admission at IIT-Delhi, I saw a student drinking water from his bottle and his father carrying his bag sitting by his side. That’s when I realised how my parents raised me as a self-dependent person. IIT exposed me to an India beyond what I had known all my life. My belief that ‘higher class speaks English and lower class Hindi’ was shattered. And that is how I knew I was moving forward in right direction.

I love listening to songs on high volume. In all my postings to rural areas, I got music player in my cars. I also love teaching. As SDoP Jatara, I started a free-of-cost coaching centre for those preparing for competitive exams. While preparing for UPSC, I would teach physics.

What was most challenging task?

Your most challenging posting?

It was my posting as SP Mandsaur. There were several murders. Shooters were hired who used to come there, commit crimes and go back to Rajasthan. I took it as a challenge. Our teams cracked the code, arrested shooters and their patrons ending series of murders.

Did you confront drug lords in Mandsaur?

Everything revolves around opium and money in Mandsaur. I came to know about one Lala Pathan who used to run the whole show and even police officers avoided taking action against Lala. It took lot of efforts to gather evidences against him. Then, we razed Lala’s mansion. His mansion had gold-plated chandeliers.

Nexus between offenders and police?

I don’t deny its existence. I took very harsh action against those police personnel who were known for helping smugglers in Mandsaur. One of them was so influential that none of authorities dared to touch him. I took action against him. Even FIRs were lodged against them. It sent out message that if caught involved in crime, ‘Saheb chhodenge nahi’. I suspended three police personnel. They were involved in looting railway passengers.

Your experience as SP, railways?

I joined a severely demoralised police force. It took me several workshops and exercises to motivate them. Despite being the oldest, the railway police was working without a logo. I got it designed and then redesigned the website, got a mobile app launched with a concept of FIR on Wheels.

Your take on crime in railways?

In past two years, we majorly found cases of mobile and purse theft. There was just one case of food poisoning in Bina, probably because people are avoiding other food due to the pandemic. We have a Quick Investigation and Response Team at every station – one at small station and two at major ones. We have lodged 45 FIRs in March through phone calls, mobile apps and other means. 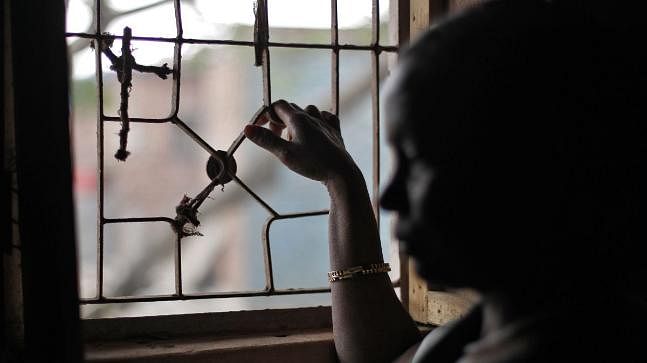