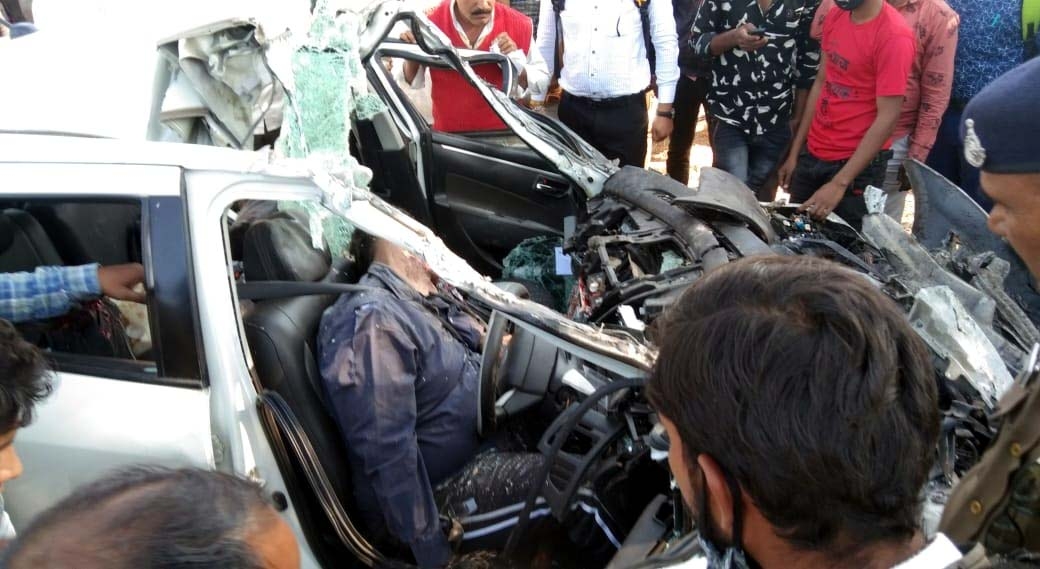 The badly damaged car with one of the victims trapped inside. | FPJ Photo

BHOPAL: Three members of Kapoor family were killed and another seriously injured after the car, in which they were travelling, rammed a stationary milk tanker on Bhopal-Indore Highway under Parvati police station in Sehore district on Thursday. The injured has been referred to Indore.

According to reports, Kapoors originally from Guna were living in Idgah Hills near TB Hospital. Manish Kapoor (45) worked with Tata Consultancy Services (TCS). A few days back, he had gone to deposit fee in Gwalior Medical College for admission of his daughter. After that, the family, comprising Manish, wife Bhavya Kapoor, daughters Lovely (15) and Shiya (18), decided to visit relatives in Indore.

The family was travelling in a car when the accident happened. The couple and Lovely died on the spot, while Shiya suffered serious injuries and was rushed to nearby hospital.

The police said that the accident took place near Ashta town around 2pm. SI Parvati Police station Vijay Thakur said, “Two victims died on the spot, while one succumbed on way to hospital. The deceased were identified as Manish Kapoor (45), Bhavya Kapoor and Lovely Kapoor (15). Injured daughter Shiya was admitted to a nearby hospital. Post accident Manish’s brother was called from Bhopal.”