Bhopal (Madhya Pradesh): “City of Bhopal is proud of being a city of lakes, but the facts are that more than 41 nullhas, passages and units are discharging untreated chemical sewage or polluted water into the lake, which is the largest source of water in the city. Encroachments, illegal constructions of residential and commercial establishments are another problem in addition to throwing of garbage and/or dumping them near the open space of the lake.”

This was the observation of National Green Tribunal in February this year on a petition filed to protect the water bodies in Bhopal including upper lake.

This is status of Bhopal’s Upper Lake being declared as the first Ramsar site of the state.

On Tuesday, Shivpuri’s Sakhya Sagar Lake found a place among five new Ramsar sites selected from across the state. It happens to be second such site in Madhya Pradesh.

The tribunal said, “Finally, on 16.02.2022, the matter was further considered. It was noted that 41 drains were discharging untreated sewage/effluents in the lake. 227 encroachments still existed, which were needed to be removed.” 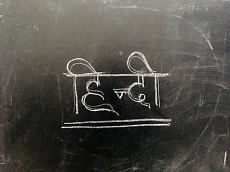 The tribunal noted with concern that despite repeated directions issued by the Supreme Court and the Tribunal there was flagrant violation of laws of the land. ‘Polluted water in the form of sewage, hospital and household effluents and also solid waste have continued to be discharged/thrown in the water body/lake. Violation of law is not only by private persons but also due to failure of statutory bodies including the local bodies and the regulatory authorities in taking adequate steps. There is a total lack of positive actions or accountability which weakens the rule of law, as large scale violations go unaddressed despite repeated and multiple judicial orders.”

The tribunal said, “We find the situation to be extremely unsatisfactory. There appears to utter neglect of constitutional obligation by the state authorities, to the prejudice of environment and public health. Dumping of bio-medical and other waste and discharge of untreated sewage into the water bodies is a great hazard to public health and crime under the law of the land….Discharge of sewage is also blatant contempt of Supreme Court directions in judgment dated 22.02.2017..”

When contacted Bhopal Municipal Corporation (BMC) public relations officer said there were 9 sewage treatment plants (STPs) functional in the city. There was hardly any discharge of sewage water in the upper lake. The BMC was working on Rs 425 crore sewage pipeline plan across the city.