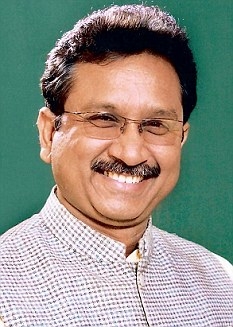 BHOPAL: A video of Forest minister Vijay Shah went viral on Saturday saying that the party has given him responsibility of ensuring that the BJP does not perform well in Mandhata constituency.

The tribal leader made this statement while addressing his party members in Omkarshwar during his visit. The statement of Shah amused the Congress leaders. The Khandwa by-election is scheduled by the Election Commission of India and Mandhata is part of the constituency.

Later, the minister released his statement saying that it’s only slip of tongue. He also claimed that the Congress leaders should stop sharing the video and there is no reason to become happy. The BJP will surely be going to win the election.” Congress media coordinator Narendra Saluja in his two tweets attacked the minister and stated that he (minister) has accepted defeat in the elections.