They have cremated 1,414 bodies till date and they have received the amount for cremation of only 72 bodies.

BHOPAL: The Bhadbhada Vishram Ghat Samiti will approach the court for dues related to cremation of bodies of Covid patients. They have approached every official concerned, but, even after nine months, they are waiting for an amount of nearly Rs 70 lakh to be paid. The samiti is falling short of funds even for running the electric crematorium, which was recently inaugurated. They have been asked to run the electric crematorium at their own expense and the electricity bill has to be borne by them.

The samiti members say that they were told in March that, for cremation of every corona patient, they would receive Rs 5,000. But, when they had cremated the bodies for over a few months, the administration introduced a clause that they would get paid only for cremating Covid-positive patients. They were told that they would not be paid for bodies of either suspected patients of corona or for bodies brought from out of Bhopal — whether of a suspected patient, or of a positive patient.

They have cremated 1,414 bodies till date and they have received the amount for cremation of only 72 bodies. The committee members complain that, even after cremating the bodies through all that fear and risk, this is what they have been told by the administration. “The administration hadn’t stated any such rules earlier and, now, after nearly nine months, they have failed us,” said Arun Chowdhary of the Vishram Ghat Samiti. 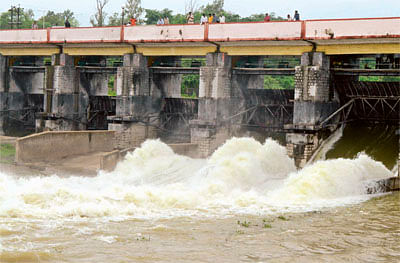 ‘The only way out’

Will talk to BMC: Collector