The police also recovered identity cards of some small newspapers with which the accused had worked and seals of several government departments.

Bhind (Madhya Pradesh): Police have arrested a 40-year-old woman on charges of extortion and blackmailing people and seized a country-made pistol and 15 live rounds from her possession in Madhya Pradesh's Bhind city, an official said on Sunday.

The police had received complaints that Kusum Bhadoria, who worked in some small media organisations, was blackmailing people and extorting money, Superintendent of Police Manoj Kumar Singh told PTI.

A country-made pistol and 15 live rounds were recovered from her residence where she was living alone, the official said.

The police also recovered identity cards of some small newspapers with which the accused had worked and seals of several government departments, she said.

As per an initial investigation into the matter, the woman allegedly used to make available arms and ammunition to people who wanted weapons, the police said.

She also used to make recommendation letters with government seals for jobs to unemployed people who approached her, they said.

The woman is being questioned, the police said, adding that she has been booked under relevant sections of the Indian Penal Code, including 420 (cheating), and the Arms Act. 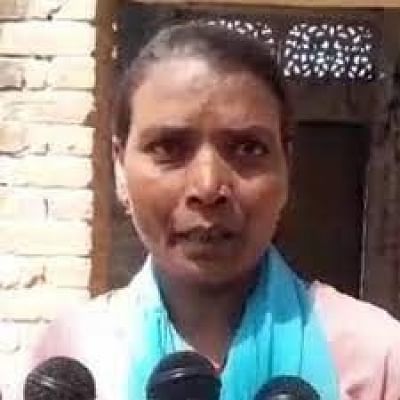