The dead youth has been identified as Keshav Bhadauriya, son for former sarpanch Lokendra Singh Bhadoria.

Bhind (Madhya Pradesh): A sarpanch opened fire after a conflict over playing DJ music and applying colour on the occasion of holi in Kanawar village under Umari police station area of ​​the district on Friday.

A youth died and another sustained injuries in the incident. According to reports, the family members of the former sarpanch Lokendra Singh Bhadoria were playing DJ music and in the meantime, Sarpanch Ranjit Singh Bhadoria asked to minimise the volume of DJ but they did not listen.

Following the disagreement, the sarpanch came with around half a dozen people and opened fire in about 25 to 30 rounds. The former sarpanch’s son Keshav Bhadauriya got hit with the bullet and died on the spot while another person sustained injuries. The injured person was admitted to the hospital.

On getting the information of the incident, the police rushed to spot and sent the body for an autopsy. The police registered a case into the matter and started a search operation to nab the accused. 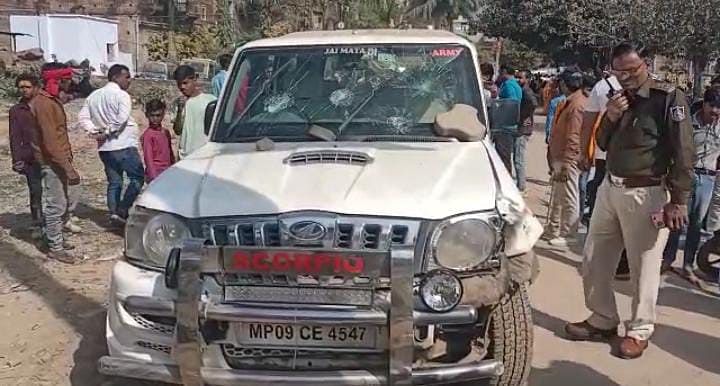