Beware! One click and there goes your hard earned money: Five cyber fraud case registered in a day in Bhopal 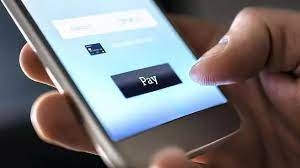 BHOPAL: As many as five cases of cyber frauds were registered with police on Wednesday. All the victims allegedly lost money from their bank accounts, as they had clicked some unverified links. The victims include a trader, jobless woman, housewife and working professional. The cyber crooks duped these people of around Rs 1.2 lakh.

A woman lost Rs 10,100 after she tried to make a payment of Rs 100 on one such link. The complainant Ekta Khanduri, 30, lives in 3 A Saket Nagar area. The woman, who was searching for a job in March, received a letter informing that her resume was shortlisted for a job, police said. She was asked to deposit Rs 100 as the initial processing fee and when she tried to make the payment through a link, she found that her account was debited of Rs 10,100. The woman tried to approach the sender, and mailed the provided ids, but in vain. She lodged a complaint with the cyber cell in June and a case was registered with Govindpura police station on Tuesday.

In another incident a trader in Aishbagh lost Rs 45,000 as he had clicked on a link to receive payment on PhonePe. The complainant Akbar Khan, a resident of Ahata Kuli in Aishbagh told police that his servant Manoj received a call and the caller identified himself as his previous employer. The caller told Manoj that he has to send money to Akbar on PhonePe. Manoj provided him contact details of Akbar as the former did not have the UPI facility. Akbar told police that the caller asked him to click on a link and money will be transferred to his account. As he clicked, he received Rs 2 in his account but Rs 45,000 was debited from it. He said that the incident took place in January this year. Akbar tried to seek the amount back from the caller for the first few days and when he failed, he lodged a complaint with the cyber cell. An FIR was registered in the case with Aishbagh police, on Tuesday night. 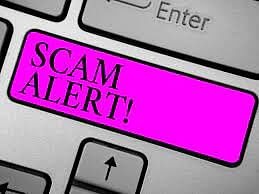 In another incident, a girl lost Rs 20,000 in two installments from her bank account. She told the police that she only received a message of the debited amount and when she contacted her bank, she was told that the amount was transferred in the account of Awalchandra Mondal. The girl said that she did not know anyone with this name. The Jahangirabad police said the incident occurred a week ago and an FIR was registered on Wednesday.

In another incident, a woman lost Rs 42,000 as she had fallen prey to an advertisement on a social networking site. The complainant Priyanka Rathore told that she had seen the advertisement on a social networking site, about used second hand household goods. The woman said that when she contacted the person, the man introduced himself as Army personnel posted in Indore. The man asked her to pay some amount as advance payment to send her the goods. The woman sent him some money against the ordered goods but again he asked for the remaining amount to which she agreed. The woman sent around Rs 45,000 but didn't receive the goods. When she asked the man to return the money, the man stopped taking her calls and switched off his phone. The TT Nagar police said the incident occurred three weeks ago and the accused is booked under Sections 420 34 of the IPC. Two other frauds were reported with Misrod and Ayodhya Nagar police stations as well.