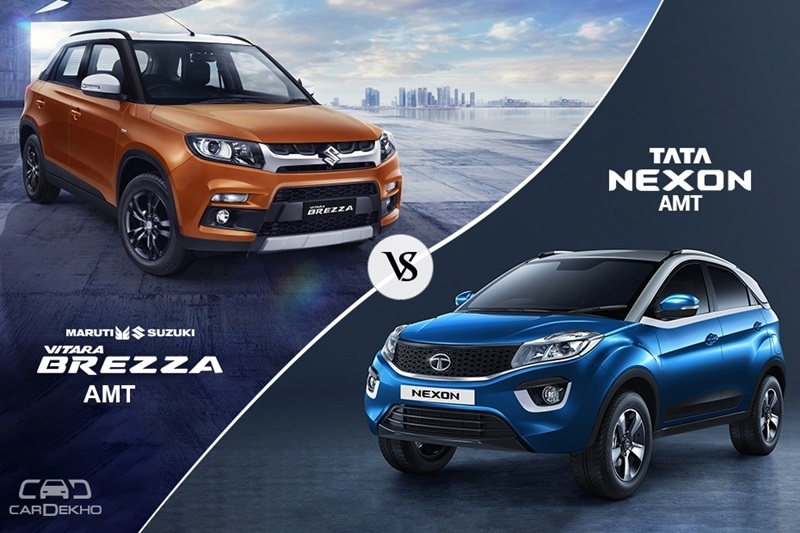 Two of the best-selling sub-4m SUVs recently received the convenience of a cost-effective AMT. Here’s how they stack up against each other

Within a week’s period, both Maruti Suzuki and Tata Motors have launched the AMT-equipped (automated-manual transmission) variants of their sub-4m SUVs, the Vitara Brezza and the Nexon, respectively. While the AMT option is available with all the variants of the Brezza (except the base), Tata has offered the option only with the range-topping Nexon as of now.

There’s no major price difference between the two SUVs as the Nexon AMT is just Rs 11,000 more expensive than the Brezza AMT (top variant, single-tone colour). 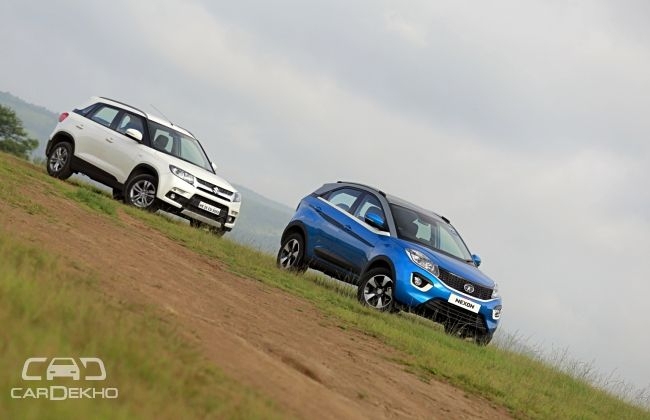 Wheels and tyres: Both the SUVs ride on 16-inch wheels with identical 215/60 cross-section tyres. While the Brezza offers glossy black-finished alloys, the Nexon comes with flashy dual-tone machined wheels.

Infotainment system: While the Brezza features a 7-inch screen, the Nexon packs a floating 6.5-inch infotainment unit. Though both the cars feature Android Auto connectivity, Apple CarPlay is offered only with the Brezza. Rearview camera support is available with both the units. While both the cars offer voice commands, in the Nexon, it allows you to adjust the climate control as well. The Tata also offers a more extensive app suite than the Maruti.

Comfort: Common features in both the cars include auto climate control (the Nexon gets rear AC vents as well), passive keyless entry with push-button engine start-stop (the Nexon gets smart key band as well), driver window auto up/down, height-adjustable driver seat and front seatbelts and electronically foldable and adjustable outside rearview mirrors. The Brezza gets automatic headlamps and rain-sensing wipers, which are missing in the Nexon. The Tata offers a fast-charging USB point.

Safety features: Both the SUVs come standard with dual front airbags, ABS with EBD. The Brezza also packs Isofix child seat anchors as standard across the range, while the Nexon doesn’t offer them at all.