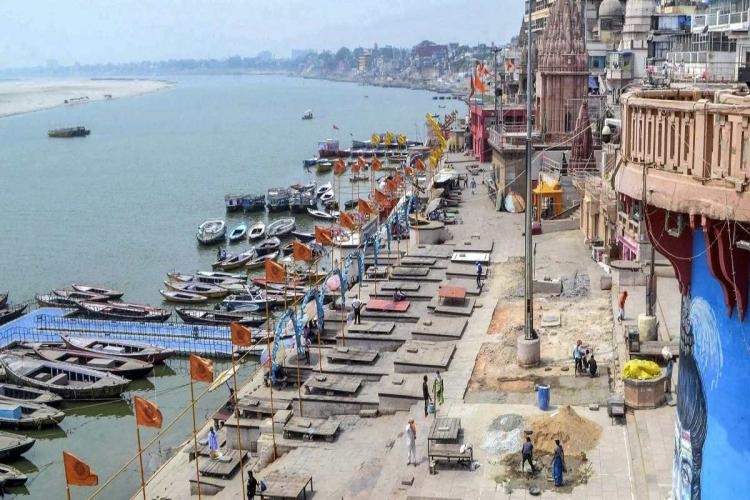 On the second day of my four-day visit to Varanasi, I sat in my hotel room fuming and frustrated. I decided that I must do something to stop the autorickshaw wallahs from so blatantly overcharging me. According to my clever plan, I will not wait for the autorickshaw at the hotel gate.

Rather, I will walk some distance, then flag down an auto and bargain like the locals do, giving the impression that I'm a resident of Varanasi and that I'm well-versed with the ways of that city. All went as per the plan till I stopped an auto.

As I began to haggle with him over the fare, he started laughing and asked which part of the country I was from. When I said I was from Banaras, he laughed more and said in his sing-song Hindi, “you cannot be from here. You are wearing a mask. Do you see anyone here wear a mask?” I had to confess that I didn't see a single person wear a face mask in Varanasi.

The auto driver continued, “for us, COVID is gone. We don't think about it anymore.” As I jumped into his auto, succumbing yet again to the fare rip-off, the realisation struck me. Nobody in Varanasi even bothers to carry a mask, leave alone wearing one incorrectly, like they do in Mumbai. There is no news at all in any media about the COVID cases in Varanasi. Surely people must be falling ill due to COVID there; there's tremendous tourist movement from all parts of the country to Varanasi because of the religious importance of the place, and almost every day there's a high-profile political rally there.

In fact, I checked into the hotel minutes after Uttar Pradesh Chief Minister Adityanath arrived there with his entourage. But well, let's believe the locals when they say there's no COVID in Kashi.

On the eve of my departure to Uttar Pradesh, as I sat in the taxi in the middle of a traffic jam on the Western Express Highway past midnight, I was sniggering to myself. “No more traffic jams for ten days,” I told myself. Sure, I expected Varanasi to be crowded but surely not a traffic jam. How terribly wrong I was proved.

Varanasi has the narrowest of roads in all of North India, and the traffic is as rowdy as the baahubalis of UP that you watch in Bollywood movies. Just like non-existent face masks, the traffic rules have no place in the city. And honking is city's favourite pastime. The noisier, the better. Driving in Varanasi is both a science and an art.

A lane as wide as five-feet, will have traffic coming in from both sides, and somehow, the vehicles miraculously squeeze past each other. There will be an occasional bang and a scratch but no party waits to fight. They take it as an occupational hazard and move on. Getting to the famous Ganga ghats is a nightmare, and a week in Varanasi can severely damage your ear drums due to incessant honking.

As someone who doesn't look at places of worship from a religious point of view; rather from the architectural angle, I must confess that the entire experience of sitting on the steps of the Ganga ghats in Varanasi and watching people go about their business can be spiritual and uplifting.

This is the time of the year when the sun sets quite early in these parts, and watching this majestic river from up close in the twilight brings about an unexplained peace of mind. One tends to forgive Varanasi's unscrupulous auto wallahs and the honking.

There are 88 ghats in all, abutting each other, built by the kings and queens and the rich people. The water in Ganga is not the one found in the river in the Himalayas; but the entire experience takes over your mind and heart.

The boatmen keep pestering you to take a ride, the sadhus will greet you and ask for a small amount of money and there are astrologers who claim to know what you did even in your previous birth; but nothing really registers as you sit on the steps of the ghats and reflect on whatever's on your mind.

A couple of hours later, as you prepare to reenter the real world and make your way out of the complex, you see a large portrait of the prime minister beaming down on you. Yes, the election is also round the corner.