Aspur-of-the-moment decision brought me to Lucknow five days ago. It's my first journey in COVID-19 times and I don't regret the whim that brought me here one bit.

Now that I am in the City of the Nawabs, a few random observations. But before I start, I promise that I did not ask the taxi and the auto wallahs who will win the Uttar Pradesh elections, or what they think of CM Adityanath/PM Modi/Rahul/Priyanka/Akhilesh etc. The first thing I noticed is Lucknow's roads are in much better condition compared to those in Mumbai. The roads are wide like they tend to in many north Indian cities, and there appear to be fewer potholes compared to the Mumbai roads.

There are also a few instances of traffic jams. Now, looking from a distance, it becomes obvious what a mess the politicians across parties and the state bureaucracy have made of Mumbai, once the crowning glory of India. Our roads, and indeed most of our infrastructure, are in pathetic condition. The perennial traffic jams because of the neverending metro rail construction result in frayed tempers and road rages. And what about the so-called Mumbaikars and their mythical 'Mumbai spirit'?

The overburdened creature that a Mumbai resident is, it squeezes itself to fit into the daily grind by somehow getting into a crowded local train, then struggling to get a cab or a bus to the office, only to return to that dingy local in the evening, get off a crumbling, crowded railway station, plead with an auto driver and somehow reach home. Only to repeat this the next day. Coming back to Lucknow, I also noticed people spitting on the roads a lot less than they do in Mumbai. I have been visiting the old parts of Lucknow almost every day from the time I arrived here five days ago, and I found the city a lot more cleaner (and greener) compared to Mumbai. The only problem around the 'tourist' places in old Lucknow is the begging menace. Begging women and girls will follow you everywhere, and no amount of a polite no or an angry shoo will make them leave you in peace. They are an extremely persistent lot.

The people I spoke to here told me that I am visiting the city in the 'wedding season', which I can see is a massive money-spinner for all sectors. Most hotels, including the expensive five-star variety, are fully booked and so are the wedding halls. The weather is perfect – crisp mornings, cold evenings – and everyone, from the decorators to the band baajawallahs to the transporters, tailors, and caterers, know it's time to get to work and earn for the rest of the year.

No visit to Lucknow is complete without diving into its rich and varied food scene. People here love and know their food, and they'll point out the difference between a tikka and a kebab. I think Amritsar is the tikka capital of India where meats are grilled. In Lucknow, it's the sophisticated and delicate kebabs, fried expertly by the dexterous chefs who have learnt the cooking technique from their ancestors, that call the shots. You'll find the famous salawati kebab crisp on the outside but the meat mince soft and moist inside.

And it's light, almost like a fluffy cotton ball. Then there's the slightly larger but equally delicious shammi kebab and the kakori kebab.

The beef is the meat of water buffalo, as is the norm in most parts of India. You get the most amazing nalli nihari with kulcha, but the meal is so heavy you don't want to get out of bed for the next two days. Andno tourist goes back without eating the biryani. Controversial opinion: The biryanis of Kerala,Tamil Nadu, and the the Gujarati Muslim biryani that you get in Mumbai and rest of Western India, are no match to the Lucknowi biryani. The Hyderabad and Kolkata versions? Well, depends on the spice factor.

But, the Lucknowi version is the richest of them all. Then there are the chaats. The panipuri/bhel-puri wallahs in Mumbai are from Uttar Pradesh, and they brought their chaats to Mumbai with them. These chaats were modified to suit the local tastes. So papri chaat became dahi-batata-puri in Mumbai, to give an example. While there is a legitimate debate regarding the biryani, there cannot be any argument regarding the chaat. Lucknow has the best chaats in India.

And the kachoris, which the locals eat for breakfast with chhole, onions, and pickle. If Punjab has its paranthas, Lucknow will always have its chaats. As I type this, the taxi has arrived at the hotel gate to take me to Varanasi, or Kashi, perhaps the oldest continuously inhabited city in the world. Next week, I will bring to you my experiences from that part of India. 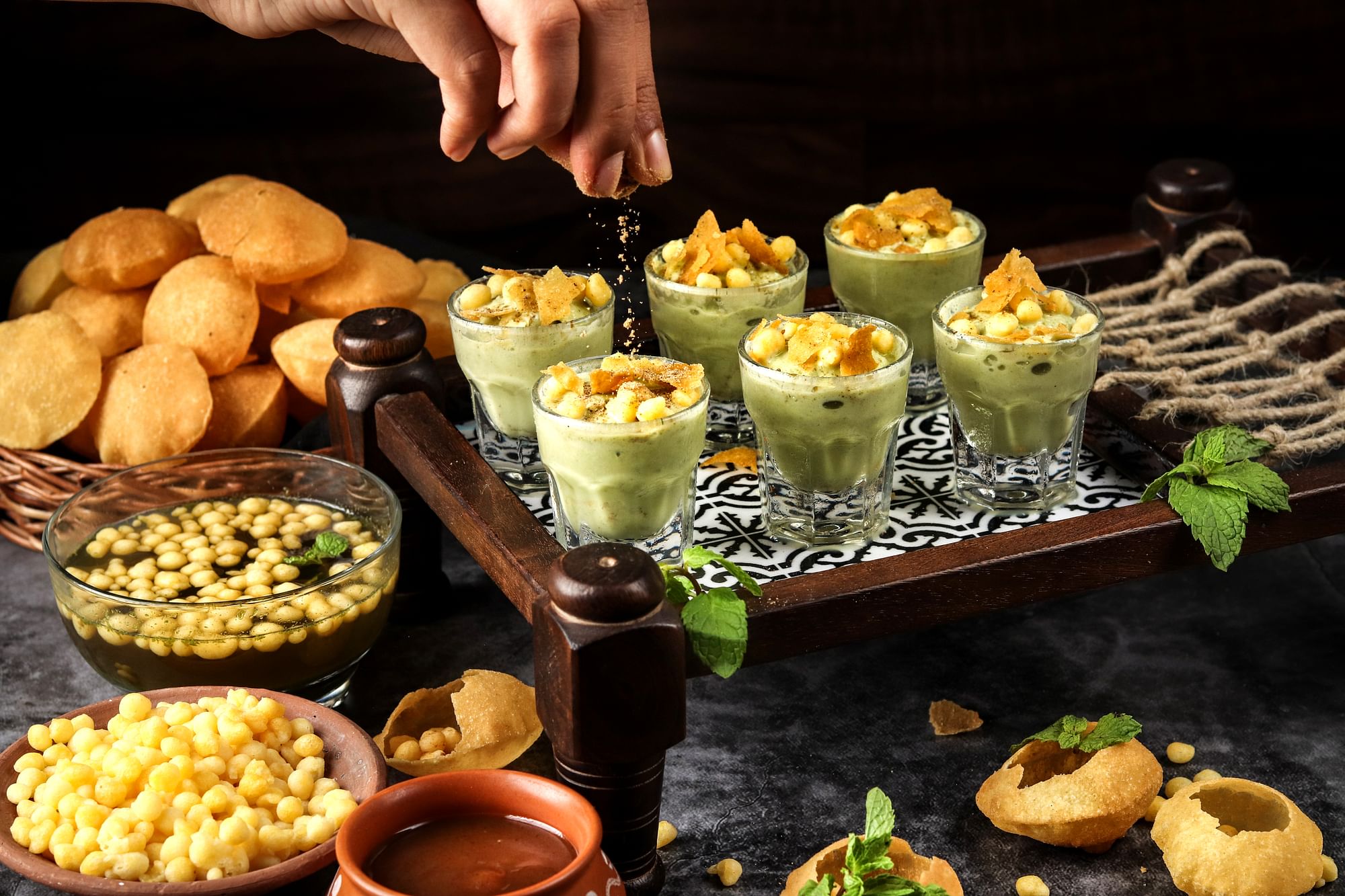 Attention Pani Puri lovers! From chocolate to gelato and Misal, know where you can munch on to...