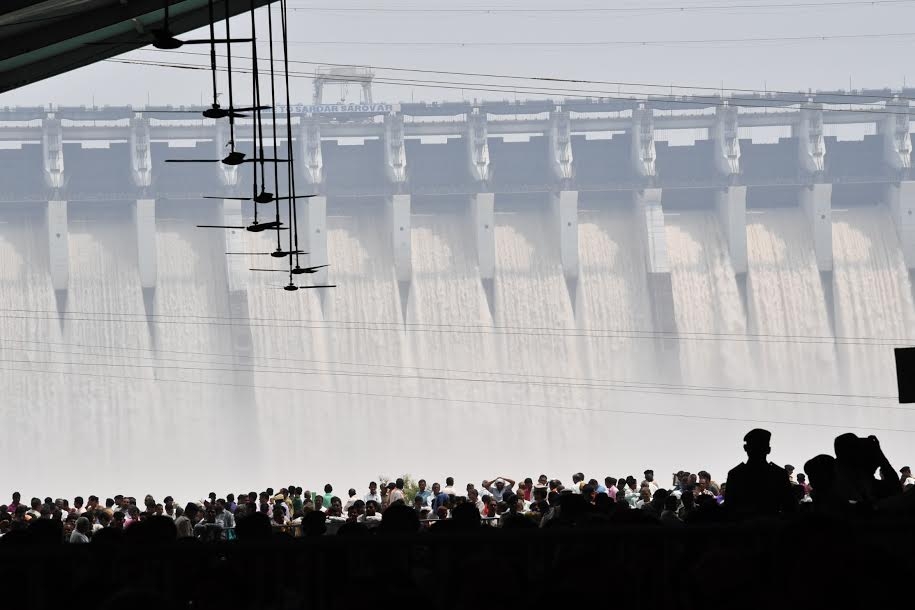 The Low-Key, no focus campaign in Gujarat has not generated any spectacular wave I favour of any party. This is but natural. When colourless candidates fail to underline the live issues concerning the people, they are unlikely to set the Narmada on fire. As Maharashtra, the ruling party in Gujarat has relied solely on the local leaders except for the Prime Minister who spent one day on the campaign trail without making any qualitative difference to the campaign. Imagine some of the things that the Prime Minister told the voters. Sardar Sarovar dam will be completed on time if the Congress returns to power. Which means only one thing. If the BJP happens to win Gujarat, the Centre may not release funds for the dam on time. How can any Prime Minister tell the voters that a BJP victory means disaster to the State. Their government is functioning in the Union Territory of Delhi and Rajasthan. Before that the BJP was in power in four states. Instead of telling the people why the Congress is a better option, he has indulged in unacceptable generalisations.

The faction fights and back-biting in the Congress has annihilated even the semblance of unity in the party. The rivalries in the wake of ticket distribution have given rise to a virtual rebellion in the party. This accounts for the large number of rebel candidates who are contesting as independents, some of whom are rated to win against official candidates. 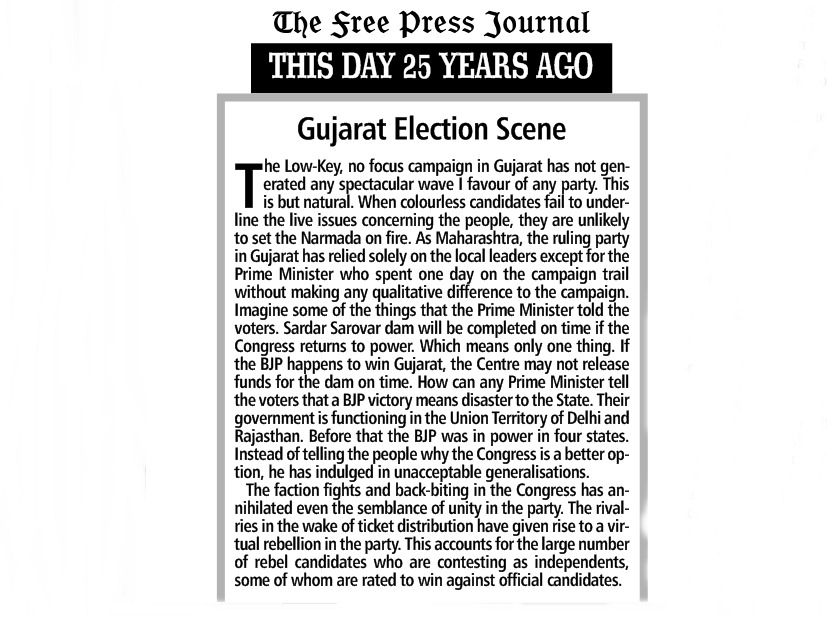