The scales tilt in women’s favour

On March 11, at his sentencing hearing, he was sentenced to 23 years in prison.
Deepa Gahlot 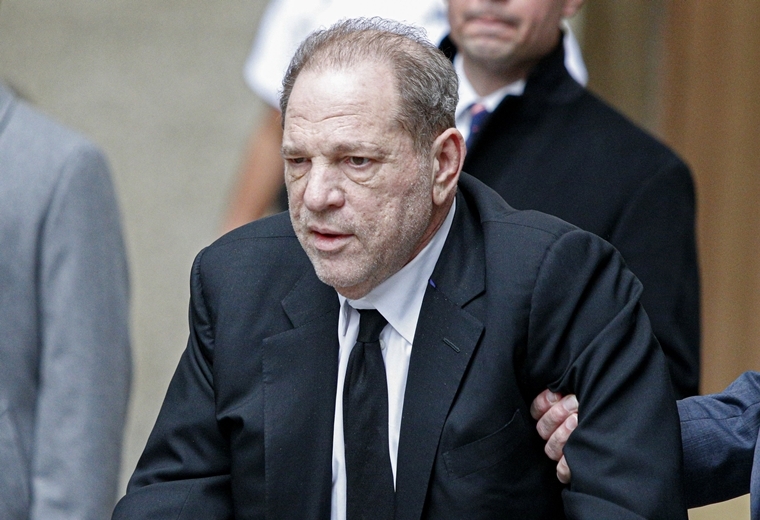 The coronavirus pandemic has taken up so much of our attention and mindspace, that two important pieces of news were played down. One was the sentencing of Harvey Weinstein in rape and sexual harassment cases filed against him by several women.

According to reports, after deliberating for five days, a jury convicted Weinstein on February 24, 2020 of two of five criminal charges: one count of criminal sexual assault in the first degree and one count of rape in the third degree.

On March 11, at his sentencing hearing, he was sentenced to 23 years in prison. A cause to celebrate, even though he will appeal in a higher court. The women who faced sexual assault by the powerful movie producer and mustered up the courage to fight him in court, must have got a sense of closure at least, if not a sense of triumph.

Weinstein will always be associated with the worldwide #MeToo and #TimesUp movements, that was like a dam of silence bursting; women came out with their own stories of sexual abuse, and for a change, they were not the ones being judged.

A fallout of the case was more men being named and shamed, with many celebrities losing out on work and social prestige. (Recently, publishers dropped Woody Allen’s memoir after widespread disapproval, and there were walkouts at an awards function in Paris, when rape-accused Roman Polanski’s film,

An Officer and a Spy, won the Cesar.) Close home, the rapists and killers of Jyoti Singh — who came to be known as Nirbhaya — were hanged after a quick sentencing, years on death row, and the turning down of several appeals for clemency. The savage rape on December 11, 2012, had shocked the nation, and brought protesters on the streets in large numbers to get the government and judiciary to better implement rape laws.

(A hero in the case — Jyoti’s boyfriend, Awindra Pratap Pandey — who bravely went through the long legal grind, has almost been forgotten). No matter what people’s views may be about capital punishment, nobody could deny that this was a rarest of rare case; just reading about the torture the young woman went through sent a chill up the spine of every female.

All those who believed that women are somehow to be blamed for rape, had to do a rethink — Jyoti was not alone, not provocatively dressed, not in a lonely space. The hanging of the criminals may not necessarily scare off potential rapists, but this case caused a shift in the way rape was perceived by society — the blame shifted from victim to perpetrator.

Even though rape cases remain underreported, more women have come forward to approach the police, and going by news stories, there is a definite upsurge in convictions, too. Although the court process is lengthy and traumatic, women are willing to endure it all for justice.

It would be idealistic to assume that the Weinstein verdict or the Nirbhaya case will suddenly get rid of centuries of patriarchy, but it is no longer as easy for a man to get away for crimes against women, as it used to be when shame and the fear of social censure kept victims silent. This change of attitude is invariably reflected in our cinema — the recent film Guilty, directed by Ruchi Narain, blends in the two issues of rape and a post #MeToo environment.

The film is set in a college full of rich, entitled teens, focusing on a drinking, cursing, snorting gang, led by the popular Vijay Pratap or VJ (Gurfateh Pirzada), who has the hottest girlfriend on campus, Nanki Dutta (Kiara Advani).

His powerful, politician father gets a top legal firm to file a defamation case against Tanu (reflecting real life episodes, where women accusing men of harassment have had defamation cases slapped on them.) Danish (Taher Shabbir), who works with the law firm questions VJ’s friends and a visibly jittery Nanki, who with her strange hair, grungy wardrobe, tattoos, poetry-writing and swearing spells out “troubled girl.”

The film, somewhat inspired by The Accused (Johnathan Kaplan, 1988), does not portray Tanu as a particularly virtuous type — she does dress and behave in a way that men consider as a come-on. Even the school counselor believes that some women bring out the worst in men and have a “sexual vibe.”

Tanu knows she is derided by VJ’s smart set, but also has the courage to hit social media with her accusation and speak at a rally (that gets cancelled) about her experience. The film first pits Nanki against Tanu, while VJ is not affected much, since his buddies feel Tanu threw herself at him and thus “asked for it.

However, Nanki’s neurotic behavior drops enough hints about which way this needlessly complicated film is headed. The message is finally about speaking out, women standing up for themselves, and supporting each other. That’s a lot coming from a mainstream, production house like Dharmatic.

The film screened on a streaming platform allows for excessive profanity and teenagers indulging in unruly behavior, but in spite of its many flaws, Guilty is a post-#MeToo, postNirbhaya look at urban India, and the emerging picture is both alarming and uplifting. The writer is a Mumbai based olumnist, critic and author.