Pandemic fuels exclusive attitude all over the world

Underlying the crisis is the bigger truth that the world is pulling up its drawbridges. Atthe same time, COVID-19 is also forcing people to recognise that survival demands mutual help.
Sunanda K Datta-Ray 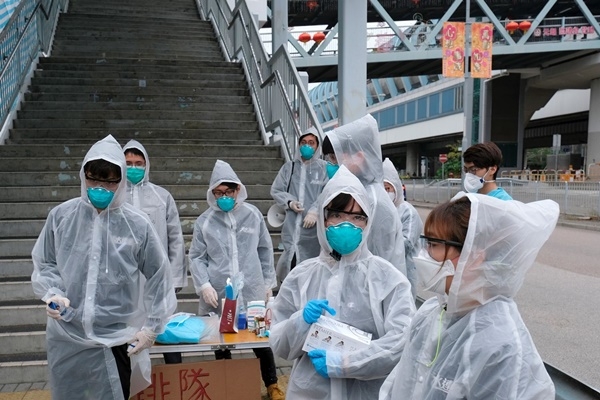 Madeleine Albright, Bill Clinton’s ambassador to the United Nations, was not very wrong when she said in 1995 that Republicans hated the UN because “there are just too many foreigners there.” Donald Trump whose “America First” policy is a distillation of extreme Republican nationalism has just borne out that analysis by suspending US contributions to the World Health Organisation.

Underlying the crisis is the bigger truth that the world is pulling up its drawbridges. Atthe same time, COVID-19 is also forcing people to recognise that survival demands mutual help.

The expectation that a global pandemic would emphasise the extent of cross-border inter-dependence is thus tempered by primeval sentiments of fear and suspicion which always underlie virulent forms of nationalism such as President Trump’s. The future will be shaped by the relative strengths of these two competing emotions and by how governments, including Narendra Modi’s which faces the challenge of strengthening secularism so that Muslims don’t feel unwanted in Hindu-majority India, manage the pandemic crisis.

The case of Du Fengyan, a 35-year-old film technician from Beijing, exposes an unsavoury aspect of the Indian psyche. While Africans find themselves on the wrong end of prejudice in China, Du, an indefatigable globe-trotter, has been stranded since March 19 in another Chinese national’s rented house in Bangalore after being turned out of hotel after hotel in Mumbai, Dapoli and Goa, not allowed to pitch his own tent anywhere, and jeered at as “Coronavirus”!

It may have been amusing when the last Chogyal of Sikkim’s Tibetan born first wife thought that the Mongolian-featured Subimal Dutt, the Bengali ICS officer who became India’s foreign secretary, was Japanese. But it isn’t amusing when Nagas and Manipuri’s are abused and assaulted in Mumbai or Ahmedabad because they look Chinese. A Chinese woman in San Francisco, was spat on, yelled at and attacked while going to a gym, while a Chinese Singaporean student was beaten up in London.

The anti-Chinese – or anti-foreigner -- feeling that seems to be rising everywhere must always have lurked under the surface to emerge in times of tension. That also applies to other behavioural patterns that are now evident with the National Commission for Women saying that the 69 complaints of domestic violence since the official lockdown are twice the usual number. Such eruptions also characterise policymaking.

Governments in Europe, Asia, Africa and the Americas have introduced emergency regulations to combat the spread of coronavirus, imposing some of the most stringent restrictions on civil liberties since Nine-Eleven. Armenian law obliges journalists to include information from the government in stories about COVID-19.

President Rodrigo Duterte of the Philippines has ordered his security forces to “shoot them dead” if anyone violates the lockdown. Hungary’s prime minister, Viktor Orbán, can rule indefinitely by decree. Holding that extraordinary conditions demand extraordinary measures, even established democracies now permit police surveillance, official intrusion into privacy, increased collection of visa and immigrant data, and other supposedly counter-terrorism powers, aware that such measures can become the norm.

For instance, South Korea’s use of mobile phone and other data to track potential carriers of the virus is believed to have proved successful and is seen by some as a model that could be replicated around the world to guard against pandemics. Cambodia’s Hun Sen, who has been prime minister for 35 years, has drafted a three-month emergency law that gives him additional powers to crack down on opponents, civil rights groups and the media.

The law can be extended beyond three months. Thailand’s Prime Minister Prayut Chan-o-cha has invoked emergency powers that allow him to return to governing by decree. Sixty-eight countries have so far made emergency declarations. While nine have introduced measures that affect expression, 11 have ratcheted up surveillance and a total of 72 have imposed restrictions on assembly.

Bruno Maçães, a former Portuguese minister and now a political consultant, believes that civil society’s obsession with privacy makes it harder to combat threats like pandemics. As the pandemic spreads in the US and elsewhere, so does racist stereotyping and racist abuse. This, too, has a long history.

Plague and smallpox outbreaks in medieval Europe were often blamed on Jews, while more recent epidemics of yellow fever and influenza in the US promoted systematic campaigns against Italian and German immigrants.

Even England’s King George V changed his name during the First World War from the German Saxe Coburg Gotha to the English-sounding Windsor, prompting his cousin and rival, Kaiser William of Germany, to joke he was going to the theatre to see “The Merry Wives of Saxe Coburg Gotha.”

The Kaiser was, of course, punning on Shakespeare’s play The Merry Wives of Windsor. It is unclear how President Trump would carry out his threat as changes to appropriations need US Congressional approval. But we will know before the end of the 90 days that he says will take to evaluate the WHO’s response to the pandemic.

The US is by far the organisation’s largest donor. In the two-year funding cycle of 2018 to 2019, it gave $893 million of which $237 million were the required membership dues, and $656 million in the form of donations.

The next member country with the biggest contributions is the UK, which paid $434.8 million in dues and donations during the same time span, followed by Germany and Japan. China – the cause of President Trump’s anger with the WHO – contributed nearly $86 million in assessed and voluntary contributions in that time period.

Ironically, there was a time during the Cold War when the erstwhile Soviet Union and its allies left the WHO for a number of years because they felt the US had too much sway in the organisation.

Some people more objective than President Trump have expressed scepticism about the WHO's relationship with China. Others accuse China of successfully blocking Taiwan from gaining membership. Yet others say the US President has his eye on the coming presidential election and the need to placate insular Republicans. It’s the exclusivist attitude that causes concern.

Just as Africans are ill-treated in China and the Chinese Du Fengyan suffers discrimination in India, attributing the spread of COVID-19 to the Tablighi Jamaat dangerously demonises India’s 200 million Muslims and, indeed, the one-billion strong global Islamic community. It’s even worse than viewing with mistrust other Indians who happen to resemble the Chinese.

The viciousness of it is not the main objection. What matters far more in practical terms is that communal prejudice threatens to drive a permanent wedge between Hindu and Muslim and destroy forever any prospect of stable prosperity. Meanwhile, President Trump’s decision is not only detrimental to the global fight against the pandemic but also threatens the health security of the US itself.