ONDC and ONGC: Why govt ought to stay away from businesses unless absolutely essential

If monopolistic tendencies are discernible, the government has to tame them with regulations

The launch of the platform comes after India's antitrust body on Thursday raided domestic sellers of Amazon and some of Walmart's Flipkart following accusations of competition law violations. /Representative image |

The Department for Promotion of Industry and Internal Trade (DPIIT) last week inaugurated on a pilot basis its Open Network for Digital Commerce (ONDC) on a limited scale, enabling small merchants and mom-and-pop stores in some parts of the country to access processes and technologies that are typically deployed by large e-commerce platforms such as Amazon and Flipkart. The equity stakes in it by and large have been picked up by public sector banks like PNB and SBI.

ONDV alliterates with another government initiative ONGC which was established in 1956 in keeping with the then industrial policy of promoting government investments in crucial areas like steel, coal and petroleum where capital was shy as well as to occupy the commanding heights of the economy.

While ONGC was and is still essential to the nation in perpetual quest for more and more elusive domestic hydrocarbon to break free of the backbreaking import dependence, the nascent ONDC has no such role.

Why ONDC is baffling

In any case it is the stated position of the government to gradually exit all businesses preferably by finding strategic partners or else through disinvestments. It is in this light that the launch of ONDC is baffling.

To be sure, the objective is laudable---to protect the mom-and-pop stores (Davids) from the rapacious Goliaths like Amazon and Flipkart as well as to provide an open-source code software to build on for like-minded enterprises to foster competition.

If monopolistic tendencies are discernible, the government has to tame them with regulations. We have the Competition Commission of India (CCI) in place. Instead, the government seems to have jumped into the business in the illusory belief that competing is better and more effective than regulating. In support of ONDC, the examples of UPI and Rupay are cited. UPI was necessary to wean people away from cash and private mobile wallet apps.

When money is involved, government’s looming presence becomes necessary. Ditto for Rupay to break the monopoly of Visa and MasterCard that in addition entailed considerable foreign exchange outgo by way of service charges. So, ONDC has no overarching national objective and hence the parallel drawn with UPI and Rupay is not on all fours.

If you can't beat them, join them

By throwing its weight behind e-commerce, the government is also saying that online shopping has come to stay and is going to take deep roots. It is telling the small traders dotting our landscape that if you can’t beat them, join them.

The charge against big e-commerce firms is they are effectively following the inventory model while professing to follow the marketplace model as required by our FDI policy on e-commerce.

The marketplace model is supposed to provide just an e-commerce platform, period, without the platform owner playing a domineering role as in the case of its obverse, the inventory model. In other words, all that the e-commerce firm would provide is a robust platform where any seller can sell his wares to any customer at the price desired by him and the payment gateway as well as delivery infrastructure.

The government has always had a sneaking suspicion that the big e-commerce firms are not content playing the role of the docile facilitator but are dictating the price, discount etc. subtly as well as openly by promoting some brands to the exclusion of others and also by charging extortionate commission or service charges from small traders and delaying their payments unconscionably.

Has the govt thrown in the towel?

The government has made several amendments to the legal ecosystem obtaining for foreign e-commerce firms chiefly prohibiting related parties from selling on their platforms, prohibiting exclusive sales, etc. But like they say for each peremptory law, there are several escape routes. In short, the government seems to have thrown in the towel after finding them incorrigible! And in sheer frustration seems to be asking small traders to jump ship and join ONDC.

Competition, to be sure, is what tames rapacity but it should be of spontaneous nature and not commandeered or orchestrated by the government. Already there are domestic online platforms on the horizon rearing to take on Amazon with more favorable terms for the buyers like speedier delivery and greater discounts.

A sarkari platform isn’t the way forward as there would be similar clamor for government stepping in, in the face of exploitation of Davids by Goliaths.

On the pharmacy front, Indian chemists had a field day till competition from apps emerged. It is common knowledge that the prime reason for mushrooming growth of chemist shops in the country is the enormous retail margin provided by the pharmaceutical industry often to the tune of 35 percent to 40 percent. Most of them were loath to pass on their good fortune to the customers till the mobile apps fluttered their dovecots by making prompt delivery and offer of 20 percent discount their USP.

Do not care only for small traders, but also customers

The government whose heart goes out to the small traders should also go out to the customers who the nascent ONDC platform BTW condemns to Paytm the private sector mobile wallet.

Online shopping fever has gripped the nation thanks to the pull of bargain prices which has been made possible by direct buying (elimination of middlemen commission) and the masochistic burn rate (courting losses with a view to hooking customers long-term).

Only competition can balance conflicting interests. The government’s job is to watch from a distance putting in place a regulator and not joining the melee.

Incidentally, by putting its weight behind e-commerce, the government is also encouraging, albeit unwittingly, the chaos on roads with delivery boys rushing and crisscrossing dangerously besides condoning the huge packing and delivery expenses inevitable in the online shopping model.

(S Murlidharan is a veteran columnist and tweets @smurlidharan. Views are personal) 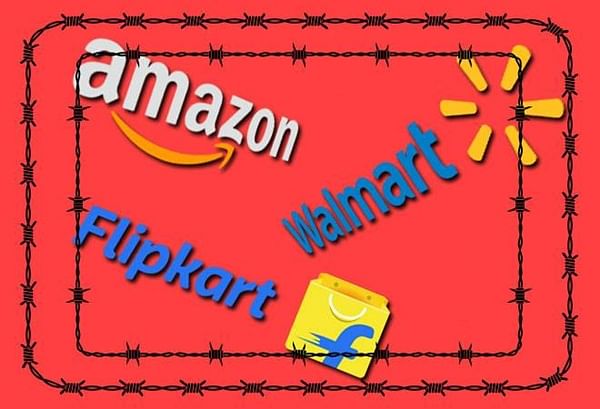 HomeAnalysisONDC and ONGC: Why govt ought to stay away from businesses unless absolutely essential