If farmers’ suicide had a fraction of the attention that Sushant Singh Rajput’s death has attracted, maybe we wouldn’t have a farmer suicide issue in India

It isn’t that there is a dearth of news. We are in the throes of the first global pandemic in almost a century, and the COVID crisis shows little sign of respite. There is the clash with China on the borders that left soldiers on both side dead; and that crisis is under discussion with both sides making vague statements. There are floods in various parts of the country which when combined with COVID, has left relief and rehabilitation in tatters. Then there is the tattered economy which shows no signs of reviving – every expert is talking of a bumpy economic road over the next few quarters. And, these are the ‘in your face’ stories. Beyond these are the agrarian distress, state level political upheavals, deforestation, spike in ‘gaurakshak’ attacks, and the overall crumbling public health infrastructure. And, yet the media of India – the fourth pillar of democracy – is focused, to a large extent, on the conspiracies surrounding the death of film star Sushant Singh Rajput.

It began with his death, and for fans and others to lash out at someone. Anyone. The first targets of the attack were those who used family names and connections to get the breaks. The avalanche of hatred and nastiness posted on online forums, and micro blogging platforms was obscene, to say the least. And, then began the attacks on the women in his life – former and current. Then, his home state Bihar, which is poised for an election in the middle of a pandemic, got involved. Politicians of all hues and shades talking about how Sushant Singh Rajput was a victim – not of suicide but of murder. And, right now, his psychologist, breaking all codes of privacy, has outed his medical condition and his medication. And, in all this, the media is not just the observer of events, but often the prime instigator.

By the coverage, you would think that Sushant Singh Rajput was the only case of death by suicide in India. But, that is not the case. In 2018, there were 1,34,516 deaths by suicide in India, according to the National Crime Records Bureau – an average of 360 people every day died of this cause. Maharashtra leads the states with almost 18,000 suicides, with Tamil Nadu a distant second, with almost 14,000 cases. The rate of suicide is a statistic that looks at suicide rate per 1,00,000 – in India this figure stands at 10.2. We have one of the highest rates of suicide in the world, and they are for a variety of reasons. 30 per cent of the total suicides were attributed to family problems; almost 18 per cent to illness and so on. One figure that stood out was 4 per cent of victims succumbing to suicide due to failed love affairs.

More than twice as many men die by suicide as compared to women – 68.5 per cent to 31.5 per cent – and most women in this grouping were there because of marriage/family/infertility issues. 66 per cent of all victims of suicide are in two major age groups – 18 to 30 year olds, and 31 to 45 year olds. Most of the men who died due to suicide, were daily wagers, self-employed, and unemployed. Around 10,300 farmers also die by suicide. From all the data that is available, one reason that stands out clearly, is economic instability, income fluctuations, and poverty. Since the first farmer died by suicide due to the inability to repay a debt, in 1995, there have been close to 4 lakh farmer suicides in India. If this issue had a fraction of the attention that Sushant Singh Rajput’s death has attracted, and the zeal with which Alia Bhat and Rhea Chakraborty were being crucified, by the media, was applied to farmer suicides and its causes, maybe we wouldn’t have a farmer suicide issue in India.

The media has been plunging new depths with each crisis. Each time that you think that they cannot sink any lower, they promptly go ahead and prove you wrong. Like a vulture stalking its prey, news casters, prime time anchors, failed actors, has-been producers, and a bevvy of other individuals have dotted our screens to dissect the life and times of Sushant Singh Rajput. If the media had paid this much attention to him when he was alive, maybe he would not have needed the nepotistic system to get the roles that he wanted. The role of the media in promoting star kids is not discussed. Producers often cast the young next generation, because they know that the unimaginative Indian media will build stories around star kids, while ignoring newcomers. A star kid as your cast member is worth crores of free publicity.

So, while we can mourn Sushant Singh Rajput’s death as a waste of talent, and rail at the nepotistic system that may have prevented him from getting his dues – the fact remains it is not just the industry to blame. The news media needs to take a long hard look at itself. Its paid news models act as a barrier for young talent to get promoted – whether it is film talent or business talent. The media’s desire to be brokers of events, rather than recounters of it, leads them to them being part of the power systems, rather than checking it. Every powerful film critic is also an industry insider. And, the cost of dissent is being cast out of this inner circle.

Mainstream media takes its cues from social media trends, and the stories that it covers get back on social media to be discussed and debated, to be considered validation. And, that means that those stories that attract interest, because of a celebrity or a sleaze factor, end up hogging the news cycle to the detriment of everything else. Issues of importance get left out. Media coverage is driven by the interests of ratings, and not public interest. News is neither about screaming panellists, nor screeching spokespeople. It is about getting go the heart of an issue for the greater public interest. And, this is something that the mainstream Indian media, in the last few decades, has mostly failed at. 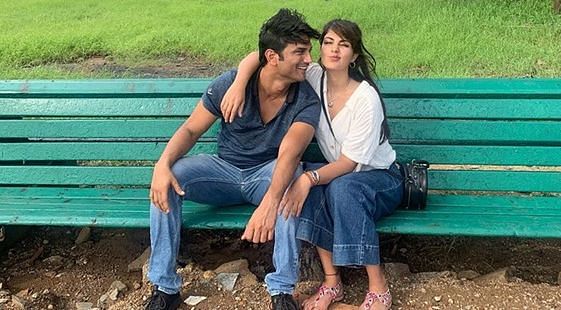 The naming game goes merrily on