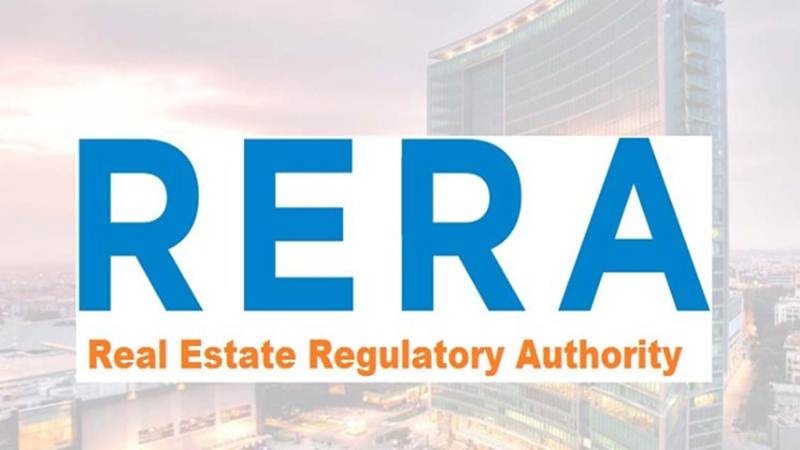 The recently enacted Real Estate (Regulation and Development) Act, RERA for short, has brought in certain regulations that appears troublesome at the present but will lead to the expansion of the housing sector in the long run. It has been made mandatory that houses will be sold on the basis of carpet area. Builders often “load” the carpet area with non-existent common area. One builder of Ghaziabad has charged the flat owners for about 600 square feet of common area while the actual common area provided was only about 200 square feet.

It will not be possible for the builders to engage in such malpractices any more. RERA also provides a dispute resolution mechanism. At present the buyers are virtually at the mercy of the builders because the only course of redressal is through the Consumer Protection Act which is tedious, expensive and time consuming. A Resident’s Welfare Association in Ghaziabad filed a case in the National Consumer Redressal Forum.

The case is still lingering on after 5 years. Another Association filed a case in the same Forum. The Builder did not receive notice on the pretext of incorrect address and the case has not started even after 8 months. RERA provides for the establishment of a Regulatory Authority which will resolve such issues speedily. An aggrieved buyer will be able to make a complaint to the Authority and hopefully get relief without having to go through the courts. RERA provides that resolution will take place within two months though it is to be seen how much this works in practice. These measures will bring in transparency and lead to the development of the housing market in the country. Buyers will be assured that they will not be shortchanged and will come forth to buy property in larger numbers.

Now, a rest room and a canteen is as useful for a worker working in a medium sized factory as for him working in a large factory. But the medium factories are exempt because the financial burden of providing these facilities would impose a burden that would be disproportional to the size of their business. The same logic must apply to the construction industry. A provision under RERA is that 70 percent of the money received from the buyers will be placed in a separate bank account and will be used only for the construction of the specific scheme for which the money has been received. This provision will place the medium builders at a disadvantage. Large builders have credibility and they can raise funds for their new projects both from the prospective buyers as well as banks. They will not be hit by having to park 70 percent of the monies in a separate account. Smaller builders are not able to raise funds in this way.

They have to necessarily use the money received from one ongoing project to lay the foundation of the next project. Smaller builders will not be able to lay foundations of new projects in this way anymore. One mid-size builder said he will be “wiped out” because he would not be able to raise the funds for starting a new project. The large builders, he said, had deep pockets and would not be affected. Various compliances to be made under RERA will require much additional effort by small builders and raise their costs disproportionately.

The large builders already have the manpower to comply with the new regulations. Let us say the various compliances to be made under RERA require a builder to employ a Chartered Accountant and pay a salary of, say, Rs 50,000 per month to him or her. The works out to Rs 24 lakhs over a 4 year period which is required to complete a project. The total sale value of a –project promoted by a medium builder may be Rs 4 crores. A burden of Rs 24 lakhs will be beyond his capacity to bear. The same burden of Rs 24 lakhs, or even 48 lakhs, will be inconsequential for a large builder with a total sale value of, say, Rs 4,000 crores. Thus the Parveen Jain, President of the National Real Estate Development Council established by the Ministry of Housing said that measures taken by the government “will bring more transparency in the organized sector but is likely to be a blow to the unorganized sector, amounting to its breakdown.”

RERA has many measures that will be beneficial only for the large builders and not-so-beneficial for the medium builders. For example, 100 percent FDI has been permitted in the housing sector. Obviously foreign investors will invest in large projects. This will benefit the large builders only.  The increased burden of compliance on the medium builders will reduce their presence in the market and provide a fee play to the large businesses. The big builders will be able to charge exorbitant prices for the houses. In the result, the benefits to the consumer from transparency could be undone by the profiteering indulged in by the big builders.

The Government must make two amendments to RERA. One, the burden of compliance on the medium builders must be reduced along the lines of the Factories Act. Two, a provision must be made for the Regulatory Authority to intervene in case a builder indulges in profiteering just as it has been made in the GST Act. Then alone the buyer will truly be benefitted by RERA.

The author was formerly Professor of Economics at IIM Bangalore