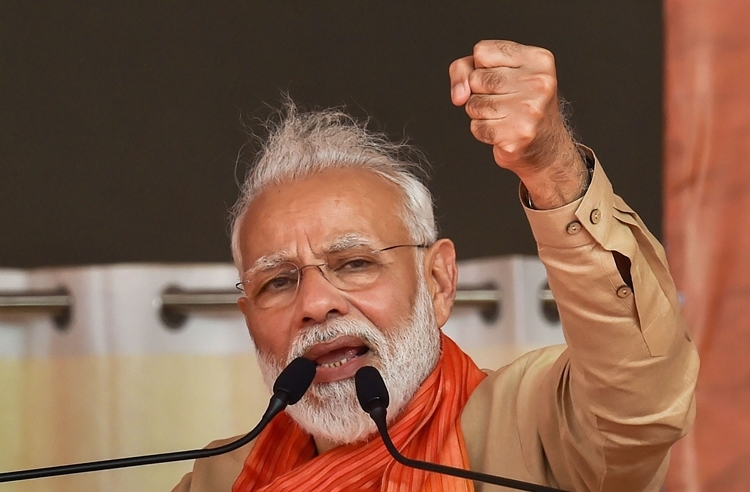 It would appear to be an outrageous argument that Narendra Modi has lost the battle of Maharashtra and Haryana. But it is the fact which even BJP’s leaders and also its ardent supporters would find tough to refute. Usually a prime minister does not devote too much of energy and time in stray electioneering. But it has been quite different in the case of Modi. He addressed more than a dozen public rallies in Maharashtra and around 10 rallies in Haryana.

The importance of the assembly elections in both these states could be gauged also from the fact that strongman Amit Shah addressed nearly 10 rallies in Haryana. No doubt the BJP-Shiv Sena coalition managed to win the Maharashtra election but its winning figure has substantially declined.

In the 2014 elections, the BJP had managed to win around 120 on its own, this time it has to be content with 104. The total number of seats won by BJP-Shiv Sena has gone down by 23 seats. The coalition has to be content with the number needed to form the government while the leaders had claimed that it would get two-third seats.

The BJP has every right to claim that the saffron brigade has won the election in the state but at the same time it cannot rubbish the huge decline of the seats. No argument can hide this fact.

What has actually been intriguing is Prime Minister Narendra Modi and India’s new iron man Amit Shah failing to keep their assertive promise and posture to completely finish the Congress from these two states. They miserably failed in accomplishing their mission.

Yet another development which has been noticeable has been flop-show of the charisma of Modi and his slogan of nationalism and patriotism failing to motivate the voters. Though some other national leaders of BJP had campaigned for the party candidates, Modi was the star campaigner. In Haryana he blatantly used the martyrdom of soldiers from the states. He called upon the family members of the soldiers not to forget their sacrifices.

As usual he took the Congress and its leaders at his target and accused them of ignoring the interest of the country and even described them of being unpatriotic. The entire thrust of Modi and Shah has been to win over peoples’ support on the issue of nationalism and patriotism. It is worth mentioning that just ahead of the election, Shah had vowed to jail the persons who are anti-national. Ironically for Modi-Shah this gamble did not work.

There is no doubt that BJP has been the single largest party in Haryana. But it is quite significant that the party has substantially lost its vote. BJP had gone to the polls with the assurance to win 75 out of 90 seats but they have not even reached the halfway mark. Percentage wise they have been absolute losers. Modi had claimed that this year Haryana will celebrate two Diwalis. Even after putting in so much of effort, Modi could not prevent the state from producing a hung assembly.

The Congress party was inflicted the worst suffering in both these states just a fortnight ahead of the elections. It is even said that at one stage Bhupinder Singh Hooda and his son Deepender was on the verge of quitting the party. It is alleged that Rahul Gandhi as the party chief was reluctant to give him enough space. He was entrusted with the primary task of reaching out to the voters and lead the party barely two months back.

Earlier, just ahead of the election, it was the former chief of Mumbai Pradesh Congress Committee Sanjay Nirupam and after him it was ex chief of Haryana PCC Ashok Tanwar who levelled serious charges against the party leadership. Both the leaders, at two separate places, nevertheless ventilated the same feeling; “Senior leaders close to Sonia Gandhi have evolved a conspiracy to eliminate leaders groomed by Rahul Gandhi.”