Ides of March: How Coronavirus outbreak has affected China and the world 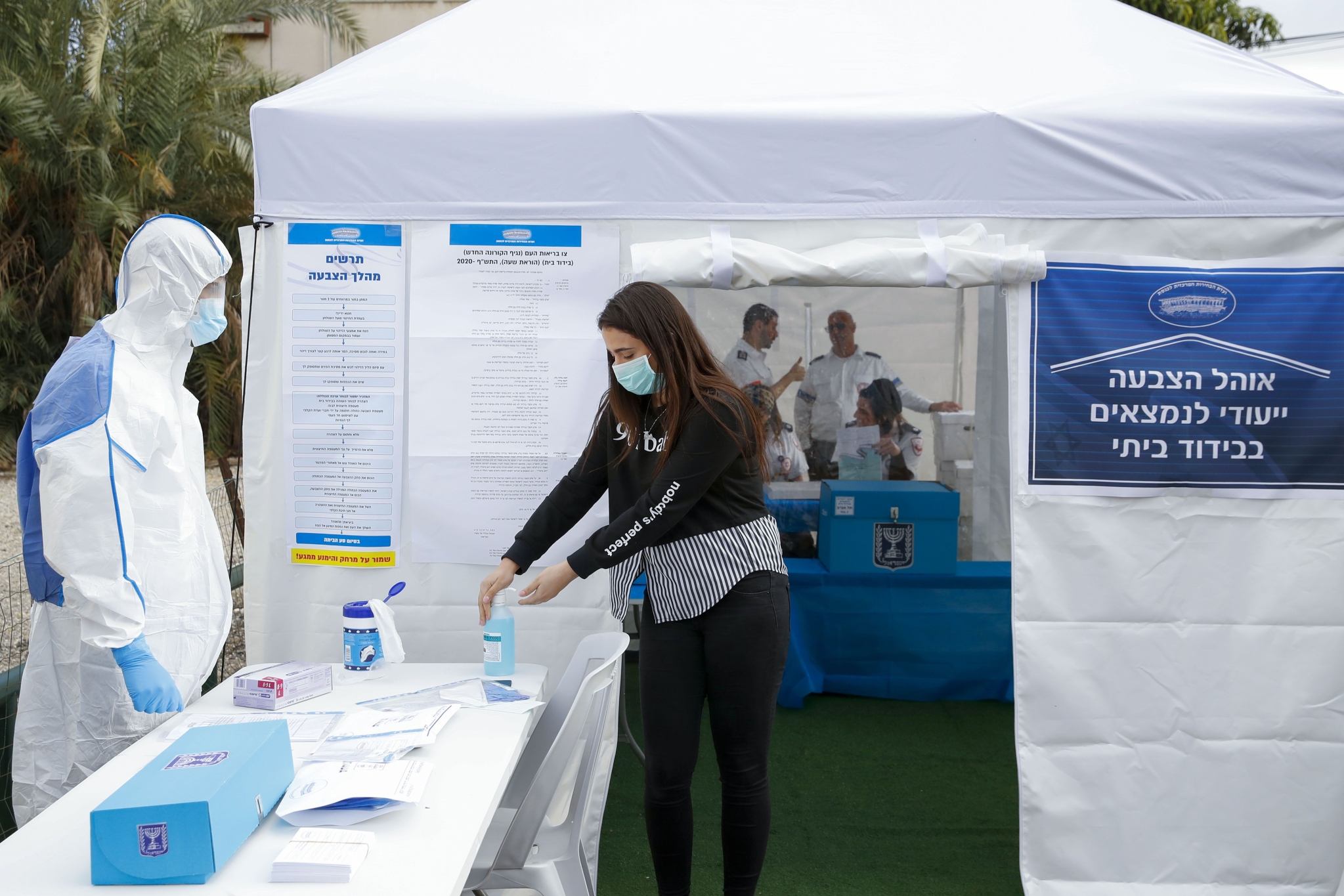 Paramedics from Israel's Maguen David Adom (National Emergency Pre-Hospital Medical Organisation) take part in a coronavirus response training at a special polling station for quarantined Israelis in the coastal city of Tel Aviv, on March 01, 2020, on the eve of general elections. | AFP

The Coronaviruses (CoV) are a family of viruses that can cause flu-like symptoms or also severe illnesses like respiratory disorders. The Severe Acute Respiratory Syndrome (SARS) associated coronavirus struck in late 2002 and well into 2003, infecting more than 8000 people of whom 774 died, across 17 countries. Most of the cases, both infections and deaths were in Southern China and Hong Kong. Thus, the fatality rate was nearly 10 per cent. The latest coronavirus which has been named COVID-19 is a new virus which has never been identified in humans. The epi-centre of its outbreak was in Wuhan city, the capital of China’s Hubei province. It has spread very fast in the past two months, with more than 80,000 people infected across 60 countries, and more than 2700 deaths so far. Of course, 97 per cent of infection cases and 99 percent of the deaths are in China. The city of Wuhan with a population of 8 million has been in complete lockdown with effective quarantining of the entire population. There is no known cure for the COVID-19, and deaths are more common among the elderly who have lower immunity. The virus does not survive in hot summer like temperatures. The World Health Organisation has warned that the window of opportunity to contain the pandemic is closing, which means the risks are still high and could be rising till the middle of the month of March. As they say beware the ides of March!

China has lost nearly half its working days across most of the industrial sector in this quarter due to preventive measures against the virus spread. Last week Japan announced that all schools would remain shut till the end of the month, to protect young students from contracting or spreading infection. Germany announced quarantines affecting thousands of people in the Northern part of the country. Switzerland has banned events with gatherings of more than 1000 people. India has reported three cases from Kerala. The USA reported its first death, and strong measures may be imposed this week.

The economic impact of shutdowns, stoppage of production and disruption of value chains is beginning to be ascertained. China contributes 12 per cent to global trade in merchandise, and is a key part of the global value chains (GVC), which usually criss-cross South East Asia. Hence GVC disruption means fall in trade and economic growth. While quarterly GDP data for this quarter is awaited which will reflect the effect on GDP, India’s last quarter GDP growth fell to a seven-year low of 4.7 per cent. But interestingly the forward-looking indicators are showing growing pessimism. The Purchasing Managers Index (PMI) calculated using business surveys, for last month in China came at 35.7, drastically lower than expected, and even lower than the depth of the financial crisis of 2008. The stock markets across the world fell sharply. The main indices be they in the US, Europe or Asia are down by 10 per cent from their recent peaks. India’s Sensex is down by 3000 points in the past two months alone. These are indicating falling consumer and business confidence, and hence a demand shock. This has prompted the Federal Reserve Bank Chairman to hint at quicker cut in interest rates as a form of urgent stimulus. President Trump had anyway been harping on a monetary stimulus for quite some time. As if in anticipation, the yields on treasury bonds of the US government, reached near historic lows. The lower the yield, the greater the chances of a recession.

Even the crude oil prices dropped to 50 dollars (for Brent), indicating that markets think there is chance of recession. Of course, stock market sentiment is fickle and by mid-March if the progress in stopping the spread of the virus is promising we might be in optimism territory again. But chances seem to be decreasing, as we also have to factor in the panic and risk aversion reaction. Already travel and tourism is badly hit, with airlines facing the immediate brunt. Next in line is the hospitality and conferences sector. Dip in consumer confidence might mean slowing down of consumer spending too.

Thus, the impact of COVID-19 has elements of demand shock (i.e. fall in confidence), supply shock (disruption of production and GVCs) and financial shock (fall in stock markets and bond yields). It will need a herculean effort, and perhaps global coordination in stimulus policies a la 2008 to get out of the recessionary sentiment.

The situation is somewhat aggravated since the information flow out of China is uneven. The first instance was highlighted by Dr Li Wenliang on December 30 in a social media post. He was warned by officials for rumour mongering, and suppression of posting of videos, live streaming, opinions and reports continues to this day. Dr Li died of the COVID-19 illness which he was the first to mention in social media posts. His death brought spontaneous support and outrage, but not much public display was possible, as the government imposed more controls on information flow.

China may have done the world a great service with the Wuhan lockdown, and releasing the genetic information about COVID-19 to the global science community, but calls for freer speech and accountability have not ceased. Indeed, there is an interesting parallel between coronavirus pandemic information suppression, and similar suppression of info about starvation deaths during the Great Famine of 1958-61. Amartya Sen’s thesis is famine deaths are preventable if there is more freedom of speech and the press. The Chinese government will be under great pressure to manage the COVID-19 crisis, as also get the economy back on track for a 5 to 6 per cent GDP growth. As of now growth is expected to fall by 2 per cent for the year, and maybe 0.5 per cent for the world as a whole.

India too has its share of economic troubles, even if the COVID-19 cases are very few. But in densely populated areas, with limited facilities for containment it can spread very fast. Let’s hope that we have an early hot summer eliminating the chances of the virus spread, and increasing the chances of a reheating economy.