Half-Maoists: Are they guilty by association? 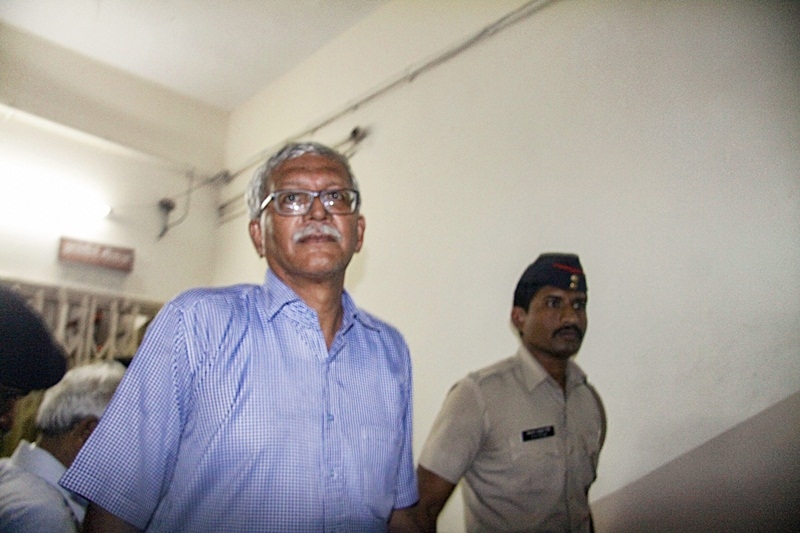 Lawyer Surendra Gadling successfully defending his clients under the Unlawful Activities Prevention Act (UAPA) was arrested and thrown behind bars since June 6 of this year. Now, lawyer Susan Abraham defending Gadling in Pune has seen her house in Mumbai raided and her husband Vernon Gonsalves arrested. Vernon has earlier faced prosecution under UAPA and was acquitted after spending over five years in prison. Today, he has been arrested again. Sudha Bharadwaj, a prominent trade unionist and academic, has been arrested and will be taken to Pune, as per latest reports. Her 20-year-old daughter has had her Facebook accounts locked and her electronic devices confiscated.

Other activists whose homes were raided include Stan Swamy in Ranchi, Arun Ferreira in Mumbai, Gautam Navlakha in Delhi, Anand Teltumbade in Goa, and Varavara Rao, daughter Ananla and son-in-law Kamalnath in Hyderabad. Some of them have also been arrested as I write these painful words.

Susan, Shoma (Sen) and Sudha are all mothers bringing up their children, sons and daughters, peacefully. They are all professional working women, law-abiding citizens who uphold our constitutional morality to the last letter. Today, they are either behind bars, or are witnessing their homes being invaded by the State.

Why? What’s their crime? To represent the country’s Dalits? Muslims? Adivasis? Women? The disenfranchised and dispossessed? Is that why they are being branded as “Urban Naxals”, “Half Maoists” — by not only members of the ruling party, including eminent ministers, but also by sections of the TV, digital and social media? Are these arrests the draconian fallout of those words, those narratives playing over and over again during prime time on our national television?

On August 14, I was invited to the launch of a book published by Oxford University Press. Edited by Abhishekh Manu Singhvi, it was a compilation of the writings of his late father Dr L M Singhvi. Among the invited guests were former President Pranab Mukherjee and Union Minister Nitin Gadkari. The eminent panel was being moderated by senior journalist Karan Thapar. When Thapar asked about the issue of Union Cabinet minister Jayant Sinha’s public garlanding of those accused in lynching cases and questioned what Gadkari’s party, the ruling BJP, had to say abut that, Gadkari’s answer was that the party was not aware of who all was garlanding whom and who was getting photographed with whom. As Thapar pressed on — “but he is our minister” — Gadkari replied: “In this country, there is no guilt by association”, thereby indirectly justifying Sinha’s garlanding men accused of the targeted hate crime.

Everyone kept quiet. There was no challenge to him. On the contrary, people clapped and exclaimed how charming he was. I put my hand up and when my turn came, I asked: “You say there is no guilt by association. Yet your ministers call us ‘Half Maoists’ — a new cuss word for us, and we are held guilty by association. Can you explain that to me?” Gadkari then said: “Yes I am aware that something has happened in Nagpur, there have been arrests. If it’s only by association, it should not happen.”

Now I feel his words were ominous. Is the government trying hard to prove that there is an actual “role” to justify the initial arrests? What have we come to? Are we a country which arrests its lawyers first to prevent them from defending their already vulnerable and marginalised client-citizens?

Every human being has a right to a legal defence. We are going through times when lawyers who are on the front lines taking up unpopular causes are being maligned, attacked, arrested and held in prolonged detention, and/or even killed. If this does not stop, one day there will be no one to defend the rule of law, since there will be no rule of law to defend.