As a rising star of the PLA, 57-year-old Gen Xu has probably been sent to oversee the ground forces of the Western Theatre Command where tensions between China and India surfaced.
Sunanda K Datta-Ray 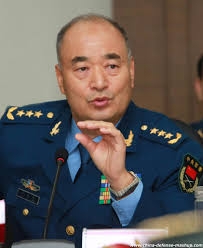 Changes at the highest level of China’s People’s Liberation Army that are barely noticed in India are a reminder that Rahul Gandhi’s anxiety about what exactly is going on at the border is not only justified but also widely shared. The role of Gen Xu Qiling, who has a bloody record in Tibet and Tiananmen Square, as China’s new Western Theatre Command chief and supremo in Xinjiang and Tibet merits particular attention.

Addressing a recent BJP event, the Defence Minister Rajnath Singh, acknowledged that Mr Gandhi and some opposition leaders had sought official clarification on border developments. “As the defence minister of the country, I want to say that...I will say it inside Parliament; I will not mislead the people,” he promised. It is to be hoped he will not confine himself to only the formal version of what transpired during the seven-hour ice-breaking meeting between Lt Gen Harinder Singh, commander of Leh-based 14 Corps, and a Chinese delegation headed by Maj Gen Liu Lin, commander of the South Xinjiang military region, at the Moldo-Chushul border some 14,000 ft above sea level.

There has not been any activity at the four standoff points along the Line of Actual Control since these talks. But although both sides agreed to peacefully settle the dispute, no one expects an immediate resolution of the standoff at three points in the Galwan valley and the fourth, near Pangong Lake. More to the point, the agreement to keep talking at the brigade and battalion commander level does not necessarily give India and the world much clue about China’s true long-term intentions.

A former ground force commander of the Eastern Theatre Command, Gen Xu has taken over from Gen He Weidong, who is five years older, in the West. The belief seems to be that after working for four years in the Tibetan plateau, the 63-year-old Gen He is preparing for retirement with a less arduous posting in the Eastern Theatre Command. Overseeing sensitive border areas in restive Xinjiang and the Tibet autonomous region, whose stability is never to be taken for granted no matter what the Chinese might say officially, calls for a younger and more vigorous man. As a rising star of the PLA, 57-year-old Gen Xu has probably been sent to oversee the ground forces of the Western Theatre Command where tensions between China and India surfaced.

“The Western Theatre Command needs a younger commander to lead frontier soldiers and officers in this current sensitive period,” a military insider told Hongkong’s South China Morning Post on condition of anonymity. “The working environment in the Western high altitude is very tough and even young people age prematurely there.” The latest tensions have further fuelled both countries’ build-up of troops and weapons to assert territorial claims with the PLA stepping up advanced arms testing and training at high altitude.

The dispute itself is a legacy of treaties – like the 1865 Ardagh-Johnson Line (Kashmir, Chinese Turkestan and Tibet) and the better-known and more controversial McMahon Line – that the British Indian authorities signed with China’s Qing dynasty in the 19th and 20th centuries. Beijing later refused to recognise the treaties, which led to territorial disputes encompassing three separate Himalayan regions covering more than 120,000 sq km (46,330 sq miles) at altitudes of up to 4,300 metres above sea level.

The eastern sector, of about 90,000 sq km, corresponds roughly to India’s Arunachal Pradesh state, which the Chinese claim and call “South Tibet”. The central or middle sector, west of independent Nepal, is the smallest contested area at about 2,100 sq km and is almost entirely under India’s control. The western sector, Aksai Chin, covers about 33,000 sq km and several districts in Xinjiang. It is the eastern part of Ladakh that the Chinese seized and over which the two nations fought a short but bitter war in 1962 when more than 2,000 people were killed. There is also the 6,993 sq km Trans-Karakoram Tract that Pakistan ceded to China but that’s another story.

Tensions between India and China have heightened since a two-month military stand-off in Doklam – Donglang in Mandarin – in the summer of 2017. Doklam is claimed by China and India’s close ally, Bhutan. Both Beijing and New Delhi have since boosted their border defences. According to Song Zhongping, a Hongkong-based commentator, the latest border tensions mean the Western Theatre Command needs someone who is familiar with joint operations between ground and air forces. “All the fighting forces Beijing sends to the frontiers were trained for air-to-ground battles, which need a capable commander like Xu to lead them.”

Gen Xu Qiling was chief of staff of the former 54th Army Corps, an elite PLA fighting force involved in supressing the 1959 Tibetan uprising and the 1989 Tiananmen Square massacre, that China’s President Xi Jinping merged into the 83rd Army Corps in his 2015 military overhaul. Gen Xu has worked in four of the five theatre commands and was one of the young generals President Xi, who also chaired the all-powerful Central Military Commission after taking the helm of the PLA in 2012, promoted to lieutenant general last year, a year after being sent to head the ground forces in the Eastern Theatre Command which oversees the security of Shanghai, Jiangsu, Zhejiang, Anhui, Fujian and Jiangxi provinces, as well as the East China Sea. Gen Xu’s new position is seen as a test. It is expected that if he handles the China-India border disputes to President Xi’s satisfaction, he will very likely be promoted to a seat in the PLA’s ground force headquarters, or even higher.

Sun Shihai at the China Centre for South Asian Studies at Sichuan University accuses India of exploiting tensions between Beijing and Washington to indulge in “aggressive unilateralism when dealing with border problems involving China, Pakistan and Myanmar.” Not only do “some Indian officials believe they can take advantage of the tensions between China and the US” but Washington is also “trying to bring India into its Indo-Pacific Strategy to contain a rising China.”

However, another military analyst, Beijing-based Zhou Chenming, believes that both President Xi Jinping and Prime Minister Narendra Modi appreciate the possible consequences of the world’s two most populous nations going to war. “Beijing and New Delhi have set up a five-level military communication mechanism – from brigades to chief commanders – for handling border disputes and hold regular meetings to share information,” he says. Mr Zhou’s solution: “China and India must prioritise their economies as they are home to more than a third of the world’s people.”

That need not mean, however, an end to either China’s muscle-flexing or to the need for Indian preparedness.