FPJ Edit: Rioting is something Maharashtra can ill-afford, especially as its economy is recovering from the pandemic after two years 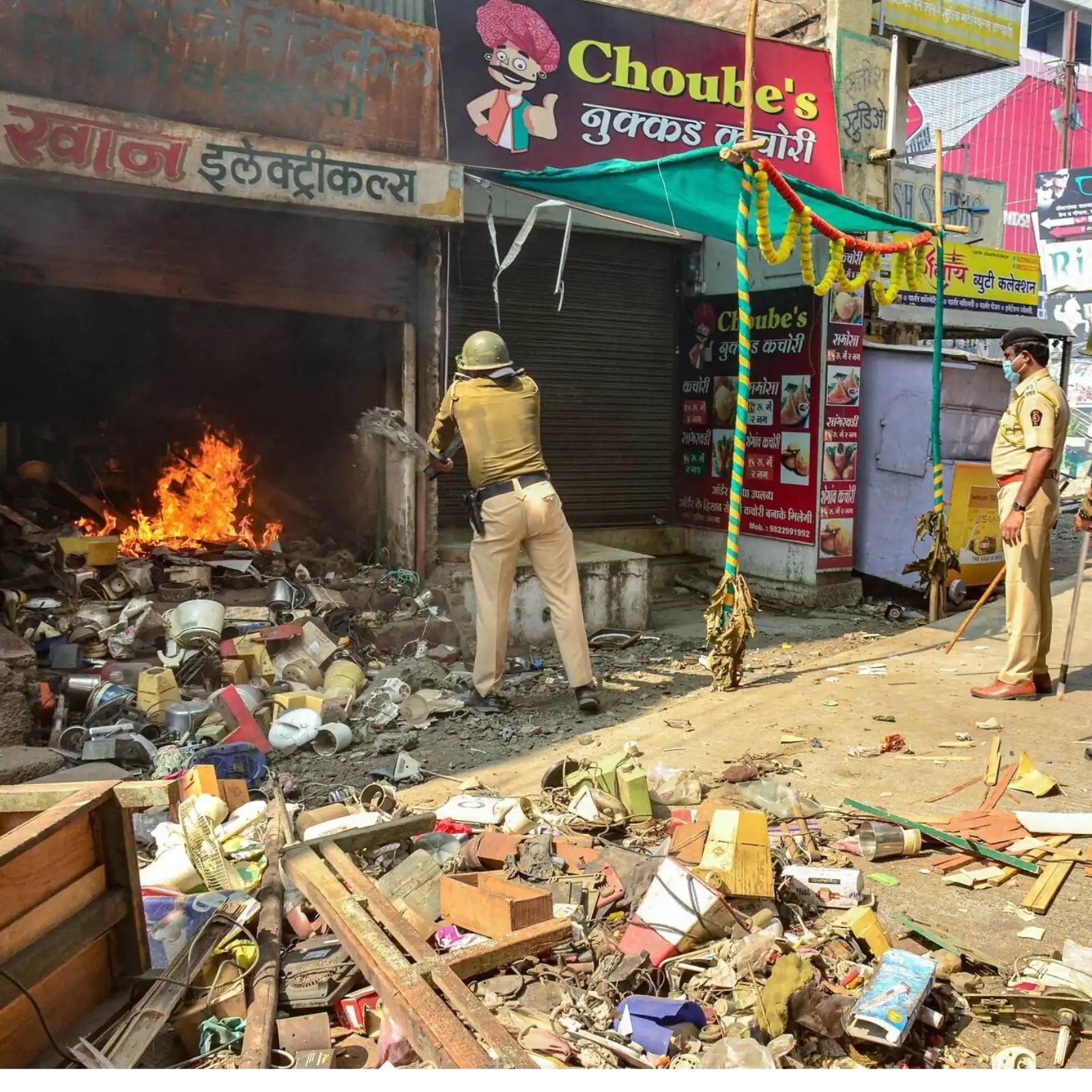 The rioting on Friday by Muslims in Amravati and Nanded cities and in Malegaon in Nashik rural, protesting against communal violence in Tripura and the equally violent reaction of the BJP in Amravati on Saturday is ominous. Besides, it is something Maharashtra can ill-afford, especially at a time when its economy is recovering from the pandemic after two years.

Everyone -- the state government, the opposition and the police -- has a lot to answer. That protest marches were held simultaneously on a Friday in at least three cities to condemn the violence against Muslims in Tripura should send alarm bells ringing. Instead, the cops say they were taken by surprise at the number of protesters who turned up; in Amravati the number was said to be 35,000. Naturally, once a mob is formed, it is bound to get violent at some point.

Although the rioting did not go beyond stone-pelting and damaging parked vehicles, it set in motion the politics of retribution. A reprisal riot should have been anticipated. However, the BJP was allowed to literally run riot the next day in Amravati. Once again, the cops claim to be surprised at the ferocity of the mob. Either they are incompetent or they acting under instructions because frankly, boy scouts would have done better than this.

Now, communal riots are not new to Maharashtra. According to a 2011 government report titled ‘Socio-Economic and Educational Status of Muslims in Maharashtra’, Maharashtra has had 1,192 communal clashes during the 11-year period from 1998 to 2008, the highest in the country. The same report details that between 1998 and 2009, Mumbai had the maximum Hindu-Muslim riots of all cities and towns in the state. Throughout the 11-year period, Maharashtra witnessed 10 to 23 per cent of the total incidents of communal riots in India.

Its share was particularly high, the report says, during 2005-‘06, when 20 per cent of all such incidents took place in the state. Maharashtra’s communal violence figures, according to the report, exceeded Gujarat’s, though the latter bore the ignominy of witnessing the highest death toll, because of the 2002 riots. In any case, Mumbai is all too familiar with the issue, having suffered the violence that followed the demolition of Babri masjid in 1993.

On Saturday, Amravati city was put under indefinite curfew and Internet services blocked for three days. This is like bolting the stables after the horse has fled. What was the intelligence department doing? Keeping tabs on opposition leaders? In that case, it should have at least known about the backlash. According to Vibhuti Narayan Rai, former IPS officer and an acclaimed Hindi writer, communal riots do not happen all of a sudden.

There is a build-up to it through covert and overt actions, rumours, prejudices and fears. After this, a small spark is needed for the situation to explode. Last year’s riots in Delhi are an example. Surely, there must have been unrest in the Muslim populations of Amravati, Nanded and Malegaon for it to explode on last Friday.

The role of the BJP in the latest round of rioting in Amravati is reprehensible. As a party which rules the country and which was in power in the state for the previous term, it should have shown some restraint. If everything is to be settled on the street, why have a legislative assembly or a Parliament? The BJP predictably blamed it on a ‘well-orchestrated conspiracy’. And it went to say that the Tripura violence never happened and that it was fake news.

The fact is that on October 26, a protest rally was taken out by the VHP at Panisagar in north Tripura where protesters allegedly vandalised a few houses and burnt some shops. On the same day, a local mosque was said to be damaged. A fact-finding team of Supreme Court lawyers visited the area and released a report which highlighted anti-Muslim violence, only to be slapped with charges under the draconian anti-terror law, Unlawful Activities Prevention Act (UAPA).

Police also filed charges under the UAPA against 102 others, including some Indian journalists for protesting, or even merely mentioning, the communal violence on social media platforms. The matter has now been taken up by the Supreme Court. Incidentally, the violence in Tripura was in reaction to the violence against Hindus in Bangladesh.

Given the situation, the only solution is police reforms that will give law-enforcers some autonomy. However, states all over India have blocked the reforms which were backed by the SC, and the apex court too is reluctant to push it now. Nothing stops the states though from increasing the presence of Muslims in the police force, which is less than four per cent. Not only will it help in improving the force’s behaviour during communal riots, it will keep the force better informed about the Muslim community.

There is no dearth of solutions. The inescapable truth though is that all political parties like a good communal riot from time to time.