Can BJP cast(e) the die and survive the fallout, asks Shekhar Iyer

The BJP’s ideological mentor, the RSS, has not warmed to the idea of a caste-based census because it believes the issue is bound to once again sharpen the electorate on narrow caste lines, giving advantage to political forces that thrive when the Hindu groups are at war with each other
Shekhar Iyer 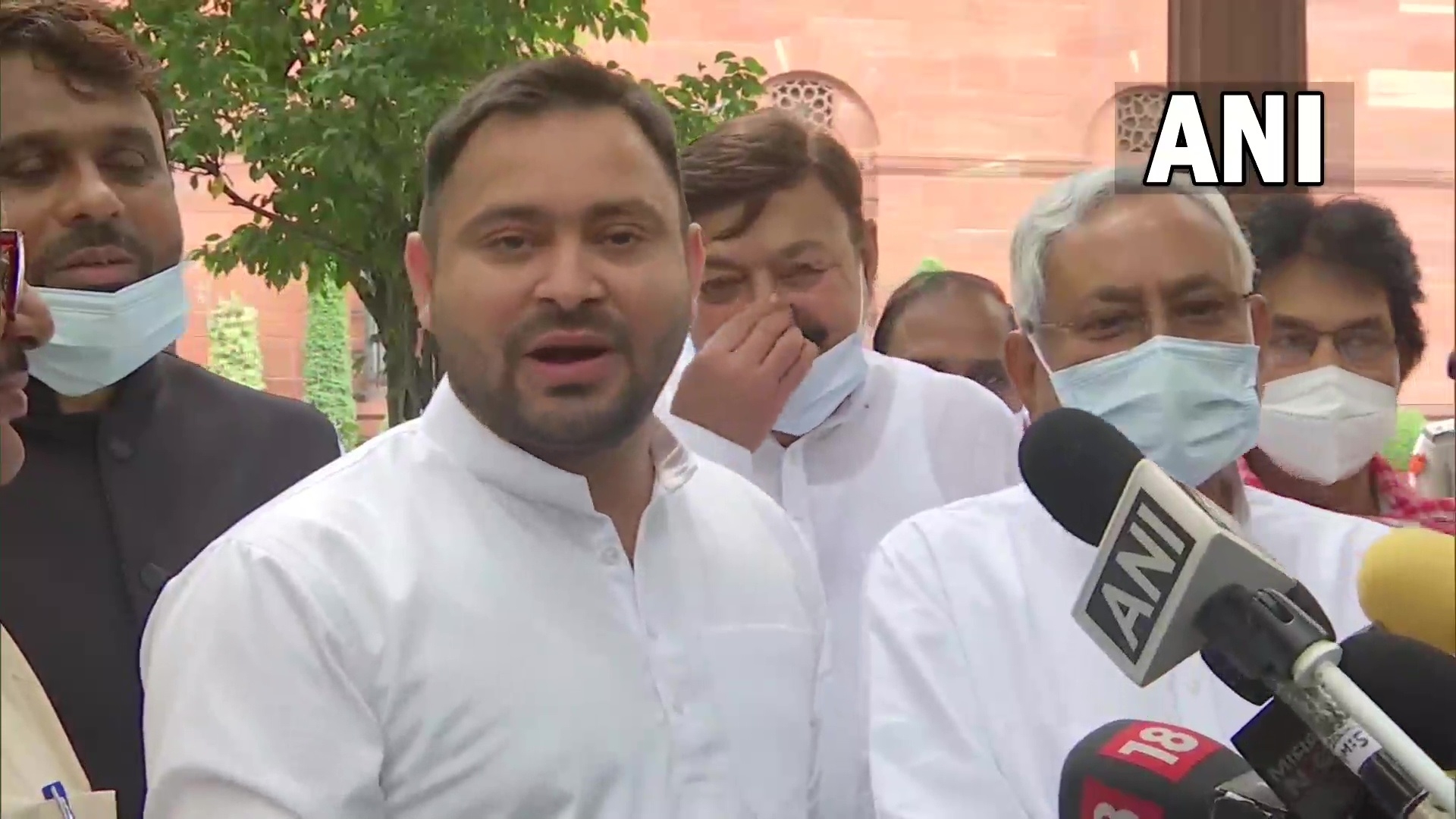 If there is a single big issue that is likely to dominate our political discourse in the run-up to a string of assembly polls before the Lok Sabha polls in 2024, it could be the growing clamour for a caste census.

On August 23, Bihar Chief Minister Nitish Kumar led a delegation of leaders from his state, which included his arch rival Tejaswi Yadav, the leader of the opposition in the Bihar assembly, to impress upon Modi not to delay the caste-based census. Making it clear that the onus was now on Modi, Kumar did not mince words in stating “Modi listened to our demand for a caste census and we hope he will consider it. He has not denied our demand so far. We have asked him to take a decision.” As for the optics, Nitish Kumar and Tejaswi Yadav, who are bitter rivals in Bihar, were seen talking and standing together after their meeting with Modi in Delhi.

It is no secret that Nitish Kumar has had very uneasy ties with the BJP since his Janata Dal (United) did badly in the Bihar polls in 2020. Though he became CM again, he has not forgotten that he holds office at the mercy of the BJP, which has more seats than his party in the state assembly. The caste-based census issue may give Nitish Kumar an upper hand over the BJP because it has been defensive about the subject.

The demand for castes to be enumerated as part of Census 2021 itself has been raised by major political parties, which have benefited since the Mandal Commission’s recommendation for Other Backward Classes (OBC) quota was implemented in 1993. Since then, these parties have been looking for ways to revive their strength following the electoral success of the BJP in different states under Prime Minister Narendra Modi since 2014.

The pressure from these parties on Modi is now such that even many BJP leaders have begun to voice support for this demand, hoping that the PM would seize the opportunity before it is too late for their party.
In fact, notwithstanding Modi’s dexterity in expanding the BJP’s base among the OBCs, Scheduled Castes (SC) and Scheduled Tribes (ST), there is an impression that his government finds the demand for caste census a very sensitive issue that will have a long-term fallout.

Just before the Lok Sabha polls in 2019, the Modi government had passed the law for implementing a quota for the Economically Backward Classes (EBC) to cover the poor among the non-OBC castes. The move was seen as a feather in the BJP’s cap, even as the OBC-based parties reluctantly backed its implementation even as they began to voice their demand for a caste-based census, which would enable them to press an enhanced quota for their communities.

Recently, in a rare show of unity, Parliament passed the 127th Constitution Amendment Bill, 2021, that aimed to bypass a May 2021 Supreme Court ruling that said only the Centre could notify socially and educationally backward classes (SEBCs) — and not the states. The apex court’s decision had triggered protests by state governments and other backward caste (OBC) groups.

Despite the ruckus in Parliament for days together on other issues, the Opposition’s support to the Bill was significant, as a constitutional amendment requires a two-thirds majority of MPs to be present during the proceedings, with at least 50 per cent in attendance. Even as all parties voted for the Bill, many MPs did not let go the opportunity to press for a caste-based census. However, the government chose to be silent though only last month, Union Minister of State for Home Affairs Nityanand Rai had stated in response to a question in the Lok Sabha that “the Government of India has decided as a matter of policy not to enumerate caste-wise population other than SCs and STs in Census.”

But, on August 23, before Nitish Kumar met Modi, BJP leader Sushil Modi tweeted that the “BJP was never against caste-based census”. It was seen as a sure sign that the party must dispel quickly the impression that the BJP seems reluctant about a caste census for various reasons, including that such a census could open up a Pandora’s box.

One, if the fresh numbers throw up a higher number of different OBC castes, it may boost the base of caste-based regional parties, who will surely challenge the BJP to rework the OBC quota in Central government jobs and educational institutions.

Two, this could be the beginning of the Phase 2 of Mandal politics, threatening the domination of the BJP in many states. For the BJP, which woos the OBCs, SCs and STs as much as other non-OBC castes, it will mean completely redrawing its hitherto plans of consolidating on the larger pan-Hindu support base across the country.

The BJP’s ideological mentor, the RSS, has not been very warm to the idea of a caste-based census because it believes the issue is bound to again sharpen the electorate on narrow caste lines, giving advantage to political forces that thrive when the Hindu groups are at war with each other.

All for a 'harmonious' discussion

In 2019, just before the Bihar polls, RSS chief Mohan Bhagwat had supported a “conversation” in an atmosphere of harmony between those in favour of reservations and those against it. This had provoked criticism and allegations that he was only indicating the BJP’s intent of ending quotas for the poor and backward castes. Both the Sangh and the BJP were forced to clarify that the quota system would not be disturbed after the Congress, Left and other opposition parties sought to pin down Modi for nurturing “anti-reservation ideas”.

Bhagwat had only said those who favoured reservation should speak, keeping in mind the interests of those who were against it, and similarly, those who opposed it should do vice versa. His reasoning was that discussion on reservation results in sharp actions and reactions every time whereas there is a need for harmony in the different sections of the society on this approach. But the fallout was too much for the BJP to handle.

On May 24, 2010, when the debate on the subject of a caste census was triggered ahead of Census 2011, then RSS sarkaryawah Suresh Bhaiyyaji Joshi had said in a statement from Nagpur: “We are not against registering categories, but we oppose registering castes.” He had said a caste-based census was against the idea of a casteless society as envisaged by leaders like Babasaheb Ambedkar in the Constitution and would weaken ongoing efforts to create social harmony.

That is why one can understand the predicament of the BJP, which is finding it very difficult to take a call on this matter.

Of course, the Congress-led UPA government too had found this matter a ‘vexing issue’, as described by P Chidambaram, who was then the Union home minister in 2011. Later, a Group of Ministers was constituted under late Pranab Mukherjee, who was then the finance minister. After several rounds of deliberations, the UPA government decided to go for a full-fledged Socio-Economic Caste Census (SECC).

The SECC data, excluding caste data, was finalised and published by the two ministries in 2016. The ministry of social justice and empowerment formed an expert group under former NITI Aayog Vice-Chairperson Arvind Panagariya for the classification and categorisation of data, to analyse the raw caste data. Not much has been heard about it.