HomeWorldWhy was 911 chosen as the US Emergency Phone Number and does it have anything to do with 9/11 attacks?

Why was 911 chosen as the US Emergency Phone Number and does it have anything to do with 9/11 attacks?

20 years ago, on September 11 planes hijacked by Al Qaeda operatives crashed into New York's World Trade Center, killing more than 3,000 people and injuring thousands of others. After the attack, more than 100,000 responders and recovery workers from every US state - along with some 400,000 residents and other workers around ground zero - were exposed to a toxic cloud of dust that fell as a ghostly, thick layer of ash and then hung in the air for more than three months. Till date, the 2001 attack remains the deadliest terrorist attack in US history.

Needless to say, it was an emergency of epic proportions. But contrary to the opinions of some, the horrific incident does not have any correlation with the 9-1-1 US Emergency Phone Number helpline. For the uninitiated, the three digit number can generally be used for any police, fire or medic and provides direct access to a public safety answering point. The system has been used ever since the 1960s.

According to details uploaded on the official website of the Fayette County Administration and other platforms, the choice of numbers was based primarily on cost factors, the comparative ease with which telephone company equipment could be modified to accept it and other considerations which indicated that the combination of the digits 911 would be easily remembered and dialed by most persons. It was also a unique number from an administrative point of view, never having been authorized as an office code, area code, or service code.

A commemorative article on the 911.gov website adds that the first such call was placed in February 1968. It was made from Haleyville in Alabama, by Senator Rankin Fite. Prior to this, individuals would have needed to dial local 10-digit phone numbers to reach the different emergency services.

Interestingly enough, public opinion seems to be somewhat divided over this being a coincidence. In response to Quora questions and social media posts, many have pointed out that the phone number had come into being decades before the attacks took place. Others however remain firmly convinced that the attack date was chosen to coincide with the number - a theory that is yet to be proven

Read Also
On 20th anniversary of 9/11, here are some lesser known facts about the US World Trade Center terror... 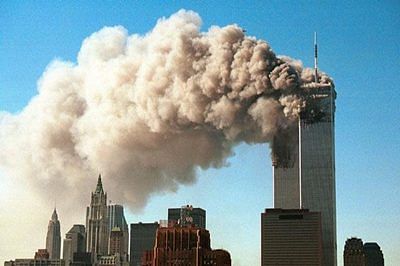