Who is Bob Blackman, the 'Friend of India' who was just re-elected in the UK?

As results of the December 12 elections in Britain come in, Bob Blackman has been declared the Member of Parliament from Harrow East
FPJ Web Desk 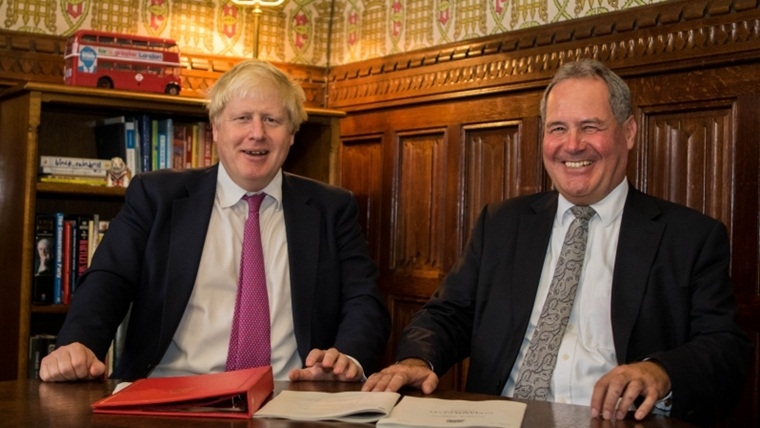 As results of the December 12 elections in Britain come in, Bob Blackman has been declared the Member of Parliament from Harrow East.

Robert John Blackman is a Conservative Party politician who has been an MP for Harrow East since 2010. The north London MP, who is also chair of the All Party Parliamentary Group (APPG) on British Hindus, has been a long-time supporter of Prime Minister Narendra Modi and has been termed by many as a 'friend of India'.

Most recently, he championed India on the Kashmir issue.

In August this year, following criticism from many MPs in the UK over the abrogation of Article 370 in Jammu and Kashmir, Blackman had penned a letter to Prime Minister Boris Johnson. The strongly worded letter in support of India that Blackman also uploaded on Twitter says that "constitutional changes are an internal matter for India".

He also accused the Labour Party of becoming "an anti-Indian, anti -Hindu party which is not interested in building a friendly relationship with the world's largest democracy but instead wants to import the politics of the subcontinent to the UK for its own narrow and communal interests".

"Unlike other countries in its neighbourhood, India has a long-established tradition of respecting different faiths including Muslims, Sikhs, Jains, Buddhists, Christians and Jews. Indeed the separation of Ladakh into a separate Union Territory with a 7096 Buddhist majority demonstrates the respect and tolerance towards different traditions," he said.

He also called the comments made about 'land grabbing' and promoting 'exclusive Hindu settlements' as being "highly provocative since they totally ignore the tragic history of the region, which has seen thousands of Kashmiri Pandits forced to flee their homeland following persecution and threats by radical Islamists and militants".

"The changes therefore redress, rather than promote, flagrant ethnic cleansing," he said.

My letter to @BorisJohnson regarding the excellent decision by @narendramodi & the #IndianGovernment to revoke #Article370 to allow citizens of #JammuAndKashmir to enjoy the benefits of being part of #India pic.twitter.com/gOpmOQj1mv

Blackman had pointed out that the Narendra Modi-led government having been democratically elected, "is perfectly entitled to implement its own election manifesto which explicitly proposed these constitutional changes to Articles 370 and 35A".

He'd also praised Johnson for trying to unite different communities and for having appointed "the most ethnically diverse Cabinet in British history". Prime Minister Johnson, who incidentally calls himself India's son in law, had responded to the letter by saying that the "Government is monitoring the situation in Kashmir closely and there has been regular contact with both the Indian and Pakistani governments."

In September, Blackman had also said that the "entirety of the state of Jammu and Kashmir is part of sovereign India, and people that ask for UN resolution to be implemented ignore the first resolution, which is that Pakistani military forces should leave Kashmir to re-unite the state".

In the January 19 debate on Jammu and Kashmir in the House of Commons, Blackman was one of only two MPs that spoke for India. At that time he had also highlighted the plight of Kashmiri Pandits and brought up the alleged human rights violations by Pakistan in the region.

Also in 2018, Blackman had condemned the desecration of the Indian flag during Modi's visit to the UK. The incident had taken place in London's Parliament Square.

In another instance, Blackman had hosted Parliamentary functions in 2017 wherein Tapan Ghosh, the controversial founder of the India-based Hindu Samhati was in attendance. Blackman had sparked criticism follwoing the incident.

According to an earlier BBC report, Blackman had responded in the Commons saying that he had hosted a Diwali celebration and the launch of a report into Hindu minority rights in Bangladesh and Pakistan. He also later added that he had been unaware of Ghosh's comments on social media and added that he "did not agree with them".

According to reports, he had also warned people of opposition leader Jeremy Corbyn's "dangerous" support for the Dalit Movement.

In March 2019, Blackman was spotted at a UK4Modi Car Rally in London where he was seen donning a BJP-themed hat and scarf before taking to the stage. 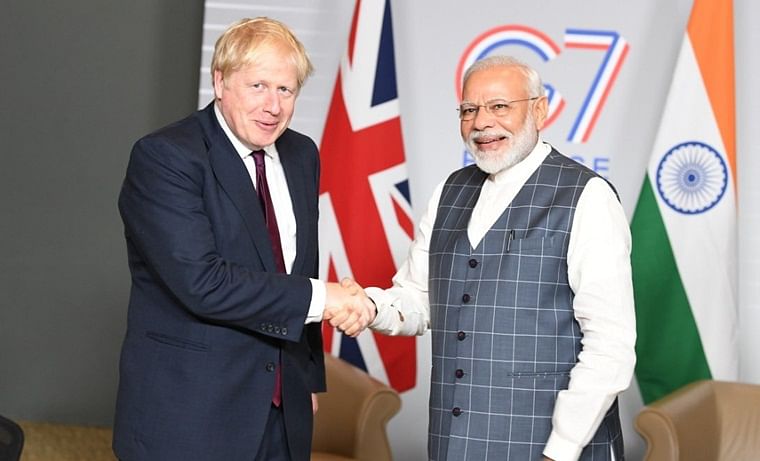