The factory for producing plastic materials is near a major hospital and around 2 km south of Houthi-controlled Sanaa International airport.
IANS 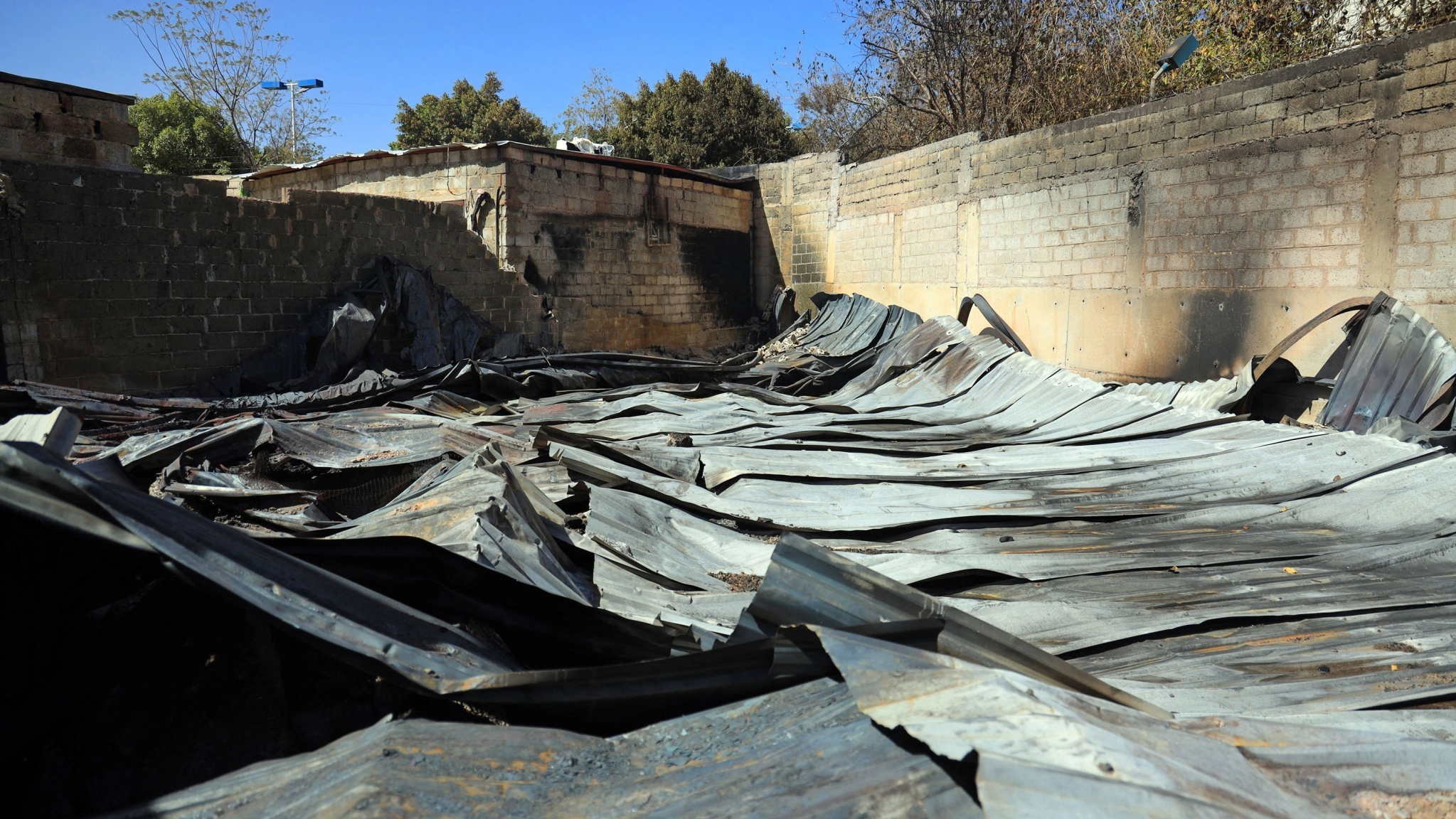 A general view shows a damaged factory following reported bombardment by the coalition forces in the Huthi-controlled capital Sanaa on November 23, 2021. | AFP

Sanaa: The Saudi-led coalition bombarded a factory in the Yemen's capital Sanaa, the Houthi militia has claimed.

The factory for producing plastic materials is near a major hospital and around 2 km south of Houthi-controlled Sanaa International airport, reports Xinhua news agency.

"The factory is owned by a Syrian citizen," the militia-run al-Masirah TV reported on Tuesday night without providing further details.

Meanwhile, the Saudi-led coalition said in a statement that the airstrike destroyed a major target, where the Houthi militia used to store ballistic missiles in Sanaa's Dhahban neighbourhood.

According to Sanaa residents, a series of powerful explosions were heard and a big fire was seen miles away from the targeted site.

The airstrike came hours after the Al-Arabiya TV reported that the coalition intercepted a bomb-laden drone aimed at Saudi Arabia's Najran International airport.

In February, the rebel group began a major offensive against the Saudi-backed Yemeni government army to capture the oil-rich province of Marib.