The US military initially defended the strike, saying it had targeted an Islamic State group's "facilitator". Media reports later emerged that the US military might have hit a wrong target in the strike with civilian casualties
FPJ Web Desk 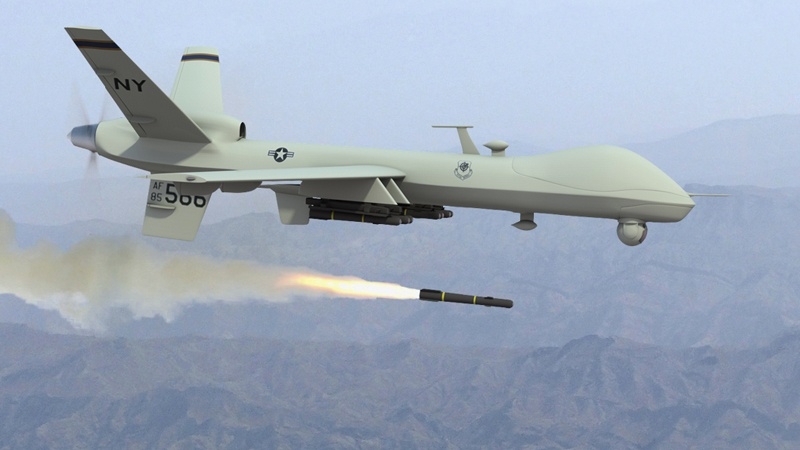 On August 29, the Central Command had announced that it launched a drone strike on a vehicle in Kabul, which it claimed had eliminated an "imminent" threat, posed by the IS-K | File pic for representation

Washington: The US Defence Department has said that it will offer condolence payments to relatives of the 10 people who were killed in an errant US drone strike in Kabul in August.

Pentagon spokesman John Kirby in a statement on Friday said that the Defence Department was also working with the State Department to help surviving family members relocate to the United States.

Kirby said the matter arose in a meeting Thursday between Dr Colin Kahl, under secretary of defence for policy, and Dr Steven Kwon, founder and president of the nonprofit group Nutrition & Education International. "Dr Kahl reiterated Secretary of Defence Lloyd Austin's commitment to the families, including offering ex gratia condolence payments," Kirby said. He did not say how much money would be offered.

On August 29, the Central Command had announced that it launched a drone strike on a vehicle in Kabul, which it claimed had eliminated an "imminent" threat, posed by the IS-K, an Afghanistan-based offshoot of the Islamic State terror group, to the Hamid Karzai International Airport, where evacuations of American service members and personnel were underway.

The drone strike followed a devastating suicide bombing by an Islamic State offshoot that killed 169 Afghans and 13 US military personnel at one of the gates to the Kabul airport in late August.

But the US Hellfire missile struck a car driven by Zemerai Ahmadi, who had just pulled into the driveway of the Ahmadi family compound. In all, 10 members of the family, including seven children, were killed in the strike. Weeks later, Marine Gen. Frank McKenzie, head of US Central Command, called the strike a "tragic mistake" and said innocent civilians were indeed killed in the attack.

During the meeting Thursday, Kwon told Kahl that Ahmadi had work with NEI for many years, "providing care and lifesaving assistance for people facing high mortality rates in Afghanistan," according to Kirby.

The US military initially defended the strike, saying it had targeted an Islamic State group's "facilitator" and disrupted the militants' ability to carry out attacks during the chaotic final stage of the withdrawal of US and NATO troops from Afghanistan. Mark Milley, chairman of the US Joint Chiefs of Staff, had called it a "righteous strike" with procedures correctly followed.

Media reports later emerged that the US military might have hit a wrong target in the strike with civilian casualties. Separate investigations by The New York Times and The Washington Post identified the vehicle driver as Zemarai Ahmadi, a 43-year-old electrical engineer working for Nutrition and Education International, a US aid group based in Pasadena, California. There were no signs of a large secondary blast, despite the Pentagon's assertion that the vehicle contained explosives.

The US military then admitted that an American drone strike in Kabul killed as many as 10 civilians, including seven children. "Having thoroughly reviewed the findings of the investigation and the supporting analysis by inter-agency partners, I am now convinced that as many as 10 civilians, including up to seven children, were tragically killed in that strike," Xinhua news agency quoted Kenneth McKenzie, commander of the US Central Command as saying during a Pentagon press briefing.

"We now know that there was no connection between Ahmadi and IS-Khorasan," Secretary of Defense Lloyd Austin said in a statement. "His activities on that day were completely harmless and not at all related to the imminent threat we believed we faced, and that Ahmadi was just as innocent a victim as were the others tragically killed.

A day after the drone strike announcement, the Central Command said that it had completed the pullout of US troops from Afghanistan, ending 20 years of American military presence in the country, after botched evacuations that drew fierce criticism from both home and abroad.

Last month, McKenzie said the US was considering making reparation payments to the family of the drone strike victims. Amid humanitarian crisis in Afghanistan, G-20 nations pledge aid but no recognition of Taliban govt