US to use Pakistan airspace for military operations in Afghanistan? Deal almost formalised, says administration

Islamabad has expressed a desire to sign a Memorandum of Understanding (MOU) in exchange for assistance with its own counterterrorism efforts, said a source
FPJ Web Desk 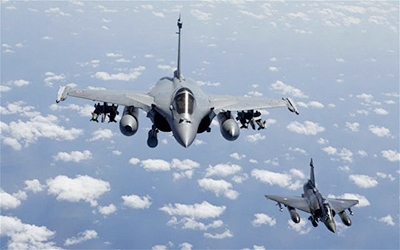 Washington: The US administration on Friday said that it has almost completed formalising an agreement with Pakistan for use of its airspace to conduct military and intelligence operations in Afghanistan, as per CNN reports. Three people familiar with the details of the classified briefing with members of Congress were cited as sources.

Islamabad has expressed a desire to sign a Memorandum of Understanding (MOU) in exchange for assistance with its own counterterrorism efforts, one of the sources said. But the negotiations are ongoing, another source told CNN, and the terms of the agreement, which has not been finalised, could still change.

An agreement was discussed when US officials visited Pakistan, the third source told CNN, adding but it is not yet clear what Pakistan wants or how much the US would be willing to give in return.

The air corridor through Pakistan to Afghanistan may become even more critical if and when the US resumes flights into Kabul to fly out American citizens and others who remain in the country.

The US -- without any formal agreement in place-- runs the risk of Pakistan refusing entry to its military aircraft and drones en route to Afghanistan.

The sources also confirmed that Tajikistan and Uzbekistan are emerging as the "top options" for possible countries where the US military can conduct over-the-horizon operations in Afghanistan.

Currently, the US holds over-the-horizon operations from its bases in Middle East countries such as the UAE and Qatar. American drones fly from far-off bases into Afghanistan, travelling around Iran and through the Pakistani airspace.

US President Joe Biden had said that Washington will have the ability to conduct over-the-horizon operations in Afghanistan, even though its troops would not be present in the country. "We are developing a counterterrorism over-the-horizon capability that will allow us to keep our eyes firmly fixed on any direct threats to the United States in the region, and act quickly and decisively if needed," he had said on July 8, weeks before the US pulled out of the country.

In June, Pakistan Prime Minister Imran Khan had responded with an “Absolutely not” when asked by the US media for his comments on giving access to the Central Intelligence Agency (CIA) to military bases.

The US delegation had focused on security and terrorism concerns, safe passage for US citizens, other foreign nationals, and Afghan partners, as well as human rights and humanitarian assistance issues. Price noted that "the US delegation reiterating that the Taliban will be judged on its actions, not only its words".