Adams will become the second Black mayor of NYC while Boston elected Wu as its first woman and Asian American for the city's top job.

New York: Former police captain Eric Adams on Tuesday comfortably won the race for New York mayor, while Boston elected Michelle Wu as its first woman and Asian American for the city's top job as voters across the United States chose local leaders who were largely known by their stances on police and crime.

Adams, who will become the second Black mayor of the nation's largest city, first triumphed this summer in a crowded Democratic primary after he struck a nuanced stance on law enforcement issues. His message on crime and his experience as a police officer largely insulated him from attacks from his Republican opponent Curtis Sliwa, the founder of the Guardian Angels anti-crime patrol.

He described being beaten by police officers as a teenager when he was arrested for trespassing. When he later became a cop, he was a vocal critic of the police department, advocated for Black officers and spoke out about injustices. But he did not embrace calls from some progressives to defund the police by shifting money from law enforcement to social work and other programs aimed at addressing the root causes of crime.

In Boston, Michelle Wu espoused a more liberal approach to policing and called for bigger reforms, but her history-making win came in a campaign dominated more by debates about issues such as affordable housing.

Police and crime issues came to the forefront in cities big and small after the death of George Floyd last year led to a national reckoning on racial injustice and law enforcement. The debate centered on questions of when and where police are needed - or sometimes whether they're needed at all. It also unfolded amid an increase in homicides in the wake of the pandemic.

In some big cities, fear or a desire for a middle-ground approach elevated candidates seen as more supportive of law enforcement or who rejected liberal calls to defund the police. In Minneapolis, where Floyd was killed, voters were picking a new mayor. They also rejected a proposal that would have upended law enforcement practices by replacing the police department.

Minneapolis Mayor Jacob Frey, a Democrat, defended the police department against calls to dismantle it. On Tuesday, he was fighting to keep his job against 16 challengers, with the most serious contenders running to his left.

Frey's prospects may be linked to the ballot question that asked voters whether they want to replace the police department with a Department of Public Safety.

Frey opposed the change, but his top two challengers supported it.

Jacob Neiheisel, an associate professor of political science at the University at Buffalo, said that while local police departments often become an issue in mayor's races, the issue is broader and looms larger for votes after 2020.

"I think that's really front and center into how that they're thinking about this issue. So it is taking up more of the campaign environment than it has in the past," he said.

On the other side of New York state, the mayoral race in Buffalo puts India Walton, a democratic socialist, in a rematch with incumbent Mayor Byron Brown, the city's first Black mayor and a Democrat who lost the primary to Walton this summer.

Brown ran as a write-in candidate with support from law enforcement and criticized Walton for her plans to cut $7.5 million from the police department budget. She said the plan is aimed at addressing the root causes of crime. Brown said the move is "clearly defunding police." He gave a victory speech Tuesday night, though it was still too early for The Associated Press to declare a winner.

In Atlanta, City Council President Felicia Moore advanced to a runoff in the mayoral contest that was dominated by fears over rising crime rates and a spate of high-profile killings. Moore cited rising crime as a motivation for her campaign.

She will compete in a Nov. 30 runoff, but it was not clear Tuesday night who would grab the second spot. Former Mayor Kasim Reed, who is seeking a return to office, also cited the crime surge as motivation for his campaign for a third term. He told voters that the low crime rate during his tenure and the hundreds of police offices he once hired make him the best choice.

Other major candidates spoke about adding more police officers and stressed the need to focus on the root causes of crime, such as affordable housing and unemployment.

González, the city council president, has called for an overhaul of the police department, which is under federal supervision for a pattern of excessive force and evidence of biased policing.

While Harrell held a strong lead Tuesday night, it could be days before there's a clear winner as mail-in ballots, which tend to favor liberal candidates, are received and counted in the coming days.

In Boston, Wu and her opponent, fellow council member Annissa Essaibi George, chiefly clashed over issues such as affordable housing, public education and transportation. But differences on policing and crime also emerged between the two Democratic women in the nonpartisan race.

Wu, a daughter of Taiwanese immigrants and a protégé of liberal Massachusetts Sen. Elizabeth Warren, had called for major police reforms. Before she was a candidate, Wu joined other city council members in calling for a 10% cut to the police department's budget.

Essaibi George, who describes herself as Polish-Arab American, had opposed reallocating the money and has called for hiring several hundred more police officers. She was endorsed by former Boston police Commissioner William Gross.

Even in Waterloo, Iowa, with a population of about 68,000, policing and race became a flashpoint in the mayoral race.

The city's first Black mayor, Quentin Hart, won reelection despite being falsely painted by critics as an opponent of policing. Hart faced vicious criticism for months from a political action committee called Cedar Valley Backs the Blue, which was formed by retired Waterloo police officers.

The group blasted the city's move this year to retire the police department's longtime griffin logo - which looks similar to a KKK dragon - and sought the resignation of the city's first Black police chief, a close Hart associate. 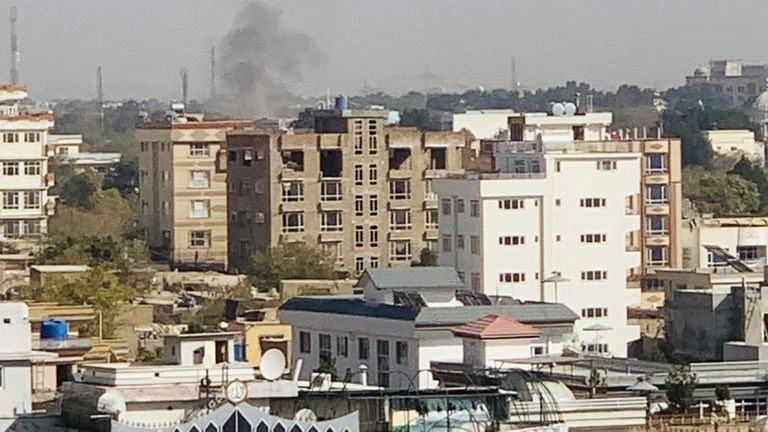