In response to Western sanctions over its invasion of Ukraine, Russia has blocked hundreds of ships mostly containing Ukrainian grain exports in the Black Sea and the Sea of Azov

European Council President Charles Michel accused Russia on Monday of using food supplies as “a stealth missile against developing countries” and blamed the Kremlin for the looming global food crisis, prompting Moscow’s U.N. ambassador to walk out of a Security Council meeting.

"Mr Ambassador of the Russian Federation, let's be honest, the Kremlin is using food supplies as a stealth missile against developing countries," Michel said during the Security Council meeting in New York.

"The dramatic consequences of Russia's war are spilling over across the globe, and this is driving up food prices, pushing people into poverty, and destabilising entire regions.

"Russia is solely responsible for this food crisis."

He added that he had seen for himself the millions of tons of grain stuck in the Ukrainian port of Odesa because of a naval blockade enforced by Russia.

Michel accused Russian forces of stealing grain from areas in Ukraine that it has occupied “while shifting the blame of others,” calling this “cowardly” and “propaganda, pure and simple”.

Nebenzia later told Reuters: “I couldn’t stay”, claiming it was because of “the lies that Charles Michel came here to distribute”.

Amid a worsening global food crisis, US secretary of state Antony Blinken said there were “credible reports” that Russia was “pilfering” Ukraine’s grain exports to sell for profit. Blinken said the alleged theft was part of broader Russian actions during its war in Ukraine that have hit Ukraine’s ability to export its wheat crop.

Prices for grains, cooking oils, fuel and fertiliser have soared since the invasion, which began on 24 February. Russia and Ukraine account for nearly a third of global wheat supplies, while Russia is also a fertiliser exporter and Ukraine is an exporter of corn and sunflower oil.

Ukraine’s U.N. Ambassador Sergiy Kyslytsya told the Security Council on Monday that the country remains committed to finding solutions to prevent the global food crisis and is ready to create “the necessary conditions” to resume exports from the key southern port of Odesa.

“The question is how to make sure that Russia does not abuse the trade route to attack the city itself,” he said.

Kyslytsya said the question has become more relevant since four Russian missiles hit a plant in the capital Kyiv on Sunday where freight cars that carry grain to Ukrainian ports were being repaired.

“It means all Putin’s fairy tales about his readiness to facilitate Ukrainian wheat export that he so eloquently tells his rare interlocutors remain too far removed from reality,” the Ukrainian ambassador said.

Nonetheless, “we continue our work with the U.N. and partners to ensure the functioning of the maritime rules for the expert for Ukrainian agricultural products,” Kyslytsya said.

“As a first step,” he said, “Russia must withdraw its naval forces in the maritime waters around Ukraine and provide security guarantees against attacks in ports” and against commercial ships.

In response to Western sanctions over its invasion of Ukraine, Russia has blocked hundreds of ships mostly containing Ukrainian grain exports in the Black Sea and the Sea of Azov.

Despite the blockade, observers have noted near-normal rates of shipping activity throughout the area. Key regional player Turkey has so far refrained from taking on a decisive role in stopping potential theft of the grain.

The blockade risks causing a global food crisis as Ukraine is one of the world’s top agricultural suppliers, exporting upwards of 25 million tonnes of grain and other goods to international markets.

Some analysts say that Russia is using food as a weapon of war. The European Union hopes to overcome the supply problem by creating a land corridor to Poland’s Baltic Sea ports that would allow Ukraine’s vital food exports to reach the rest of the world. 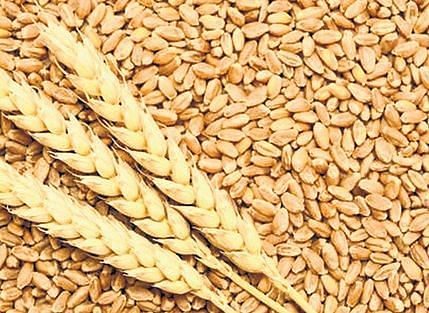