Ukrainian forces successfully prevented an attempted Russian river crossing in the Donbas, according to the British defence ministry.

Images suggest that Russia has lost armoured manoeuvre elements of at least one battalion tactical group and the deployed pontoon bridging equipment while crossing the Siverskyi Donets river west of Severodonetsk, Britain said in its intelligence update posted on Twitter.

In its daily intelligence update, the MoD said Russia was aiming to envelop Ukrainian troops in the Joint Forces Operation area - the eastern line of contact between the separatist-held areas of Donetsk and Luhansk.

It said Ukrainian forces had prevented an attempted Russian river crossing in the Donbas.

Such river crossings in a contested environment were a "highly risky manoeuvre" that "speaks to the pressure the Russian commanders are under" to make progress in eastern Ukraine, the MoD said.

It added that Russia has failed to make any significant advances despite moving troops to the area after withdrawing and redeploying units from the Kyiv and Chernihiv Oblasts.

"Conducting river crossings in a contested environment is a highly risky manoeuvre and speaks to the pressure the Russian commanders are under to make progress in their operations in eastern Ukraine.

"Russian forces have failed to make any significant advances despite concentrating forces in this area after withdrawing and redeploying units from the Kyiv and Chernihiv Oblasts," the UK MoD said.

On Wednesday, Ukrainian forces successfully prevented the crossing, and released images which the MoD said indicated that Russia “lost significant armoured manoeuvre elements of at least one Battalion Tactical Group”.

The pictures showed what Ukraine claimed were destroyed Russian tanks and other armoury in the village of Bilohorivka, near the strategic Ukrainian-held city of Lysychansk.

Ukrainian officials have claimed more than 1,000 soldiers could have been killed, but this number has not been verified and it remains unclear when the attack took place.

Ukrainian military first tweeted about the attack on Wednesday, though other messages were shared on social media and Telegram before this, purporting to show the attack.

After Russia began abandoning its offensive to capture Kyiv, it shifted its attention to eastern and southern Ukraine. The Russian military began redeploying units from northern Ukraine to the east, but many of these troops appeared to be nearly combat-ineffective due to heavy losses.

However, Russia still amassed tens of thousands of troops, declaring its aim to fully capture the Donetsk and Luhansk Oblasts. It managed to secure Izium on 1 April, although heavy fighting continued around the settlement over the next few days.

Russia and the pro-Russian separatists continued to besiege Mariupol, where they made little progress. However, Russian troops managed to divide the Ukrainian holdouts in Mariupol into two or three pockets on 10 April.

At the same time, Russia made concentrated efforts to conquer the strategically important cities of Sievierodonetsk, Popasna, and Rubizhne. It launched repeated attacks on these locations from 10 April.

Russia made little progress in these attacks so far, while Ukraine has launched successfully launched limited counterattacks, particularly around Kharkiv. 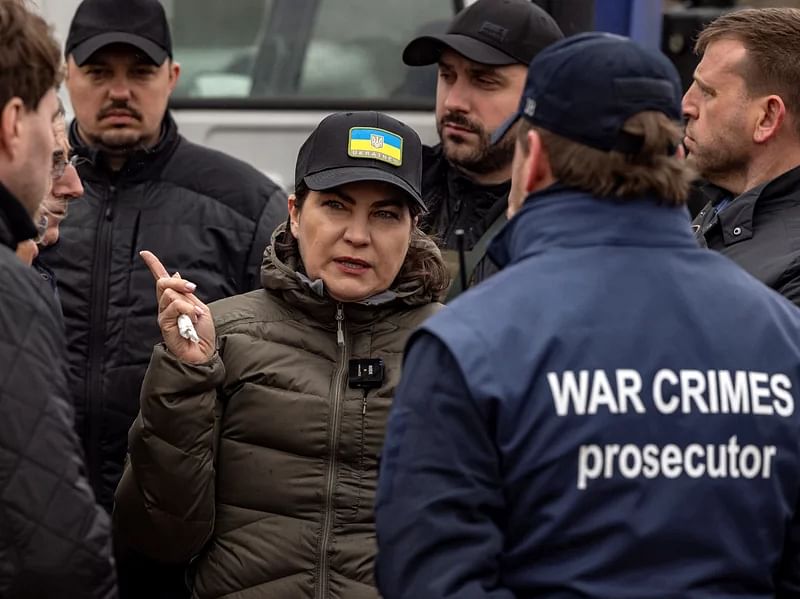