Opposition is keeping up the pressure on Johnson, with Liberal Democrat Leader Ed Davey demanding his immediate resignation.
PTI 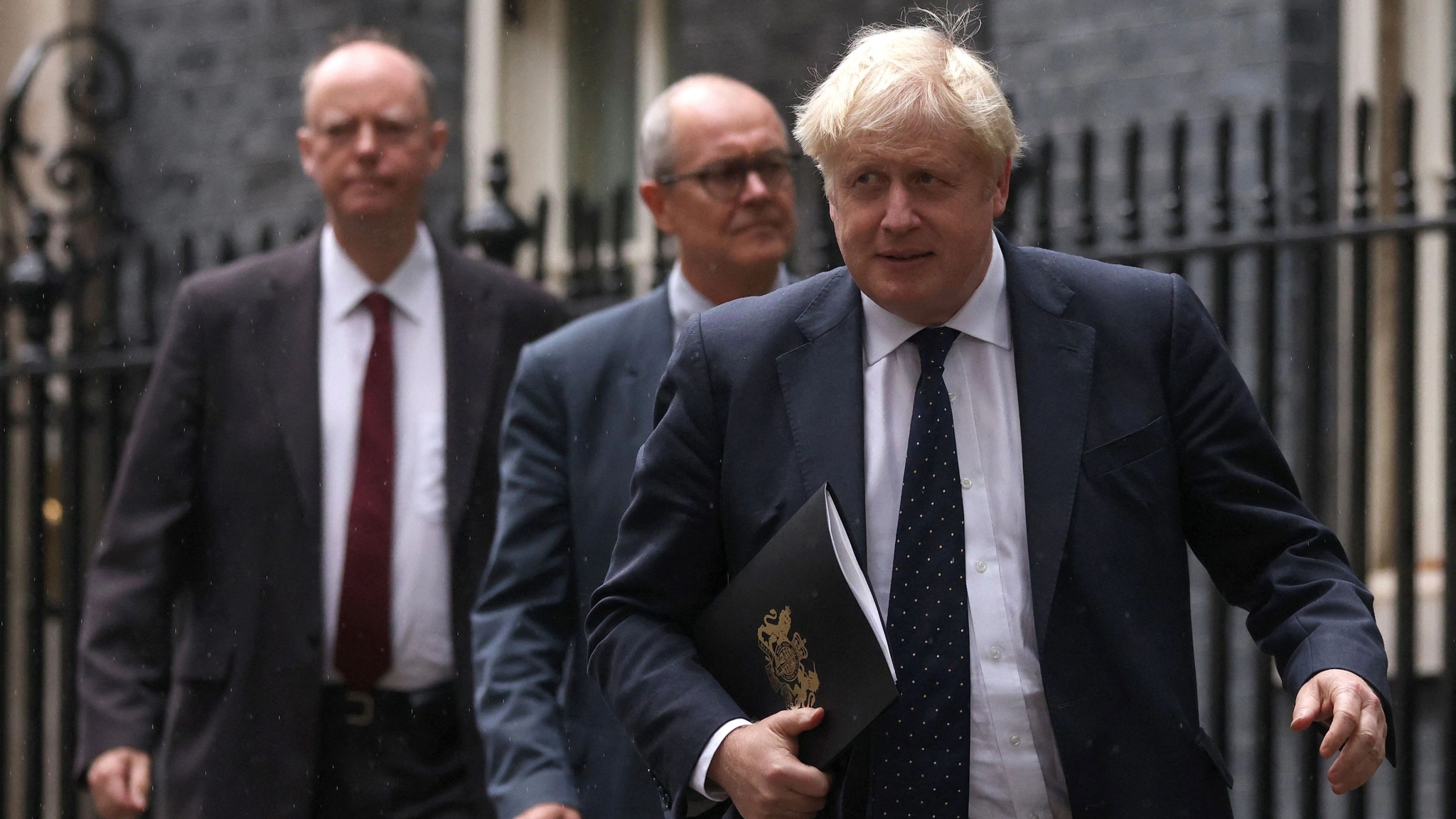 London: British Prime Minister Boris Johnson on Friday faces mounting leadership pressure amid further allegations of parties held at his 10 Downing Street office-residence by staff, which were categorised as a 'partygate' scandal due to the apparent serial breaches of lockdown rules in place at that time.

The Daily Telegraph newspaper has reported on two farewell parties comprising around 30 people drinking alcohol and dancing to music until the early hours of April 17 last year, the night before the funeral of Prince Philip, the Duke of Edinburgh.

Restrictions at the time banned indoor gathering between different households and Queen Elizabeth II sat alone during the funeral ceremony for her late husband, in keeping with the social distancing rules.

"This event should not have happened at the time that it did. I am deeply sorry, and take full responsibility," said James Slack, the UK Prime Minister's former Director of Communications, who was at the centre of the farewell party that led to the party last April.

Slack, now the deputy editor-in-chief at 'The Sun' newspaper, apologised "unreservedly for the anger and hurt caused".

While Johnson was not present at either of the two gatherings in April 2021, since he was spending the weekend at his Buckinghamshire country estate Chequers, the latest revelations add to the saga around rules being broken at the heart of the UK government.

Ministers have insisted that top civil servant Sue Gray's ongoing internal investigation into such gatherings will determine the extent of wrongdoings and therefore judgement should be reserved until her probe concludes.

"If the details that are in this story turn out to be true, clearly people are going to form their judgement," UK Security Minister Damian Hinds said on Thursday, with reference to the fresh revelations which call Johnson's leadership of his party and country into question.

But battle lines have been drawn within the Conservative Party, with many of Johnson's own MPs demanding he step down.

"I want to apologise. I know that millions of people have made extraordinary sacrifices in the last 18 months. I know the rage they feel with me and with the government I lead when they think that in No. 10, rules are not being followed," Johnson said in the House of Commons earlier this week with reference to a garden party in May 2020 that he had attended.

He said that he "believed implicitly" that it was a work-related event but regretted not breaking up the gathering and "sending everyone back inside".

Johnson's hopes now hang on the ongoing internal investigation exonerating him of wrongdoing, with talk around potential successors gaining ground.

UK Chancellor Rishi Sunak is seen as a frontrunner to take over as Prime Minister, with the Indian-origin cabinet minister agreeing that his boss was "right to apologise".

Betfair, a major bookmaker in the UK on Thursday slashed its odds that the embattled 57-year-old will resign soon, with Sunak, who is the Chancellor of the Exchequer since February 2020, odds on favourite to step in at the 10 Downing Street.

Meanwhile, the Opposition is keeping up the pressure on Johnson, with Liberal Democrat Leader Ed Davey demanding his immediate resignation.

"The Queen sitting alone, mourning the loss of her husband, was the defining image of lockdown. Not because she is the Queen, but because she was just another person, mourning alone like too many others. Whilst she mourned, Number 10 partied. Johnson must go," Davey said.

"I have no words for the culture & behaviours at number 10 and the buck stops with the PM," the Labour Party's Deputy Leader Angela Rayner tweeted. Who is Rishi Sunak? The Indian-origin UK politician believed to be front-runner for PM's post