DPS spokesperson Chris Olivarez told CNN that at least seven officers were rushed into Robb Elementary within four minutes of the shooter's arrival.

Texas Police is facing backlash after the parents of dead children questioned the police's late response to the incident that left 19 children dead.

What happened in those horrifying 90 minutes has fueled mounting public anger and scrutiny over law enforcement’s response to Tuesday’s rampage.

According to a report by the Independent, the latest official details from the Texas Department of Public Safety (DPS) on mass shooting differed sharply from initial police accounts raising questions about security measures at the elementary school and the response of law enforcement.

Sean Burke, a recently retired Massachusetts school resource officer and president of the School Safety Advocacy Council, told NBC: “Waiting an hour is disgusting. If that turns out to be true, then it is a disgusting fact.”

Meanwhile, contradicting the authorities, Victor Escalon of the Texas Department of Public Safety said Thursday that there were no officers outside the school to try to stop Ramos, further claiming that Ramos was "engaged" by a school resource officer as he entered, CNN reported.

However, DPS spokesperson Chris Olivarez told CNN that at least seven officers were rushed into Robb Elementary within four minutes of the shooter's arrival.

Notably, the director of the Texas Department of Public Safety is heading to Uvalde for a news conference on Friday, according to a department spokesman. The director, Steven C. McCraw, is expected to provide a timeline of events and police actions during the shooting.

On May 24, 2022, 18-year-old Salvador Ramos fatally shot nineteen students and two teachers and wounded seventeen others at Robb Elementary School in Uvalde, Texas. Earlier that day, Ramos had shot his grandmother in the face, severely wounding her. 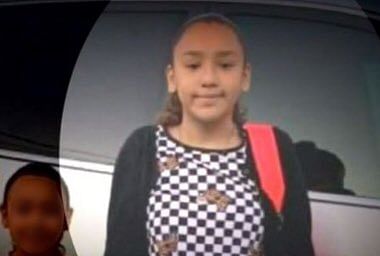