On Thursday, UN Secretary-General Antonio Guterres also expressed concerns over the well-being of the activists.

Kabul: During a meeting with Deborah Lyons, the UN Secretary-General's special envoy to Afghanistan, Taliban Foreign Minister Amir Khan Muttaqi assured to resolve the issue of the missing female activists, it was announced.

According to the UN Assistance Mission in Afghanistan (UNAMA), Lyons and Muttaqi held the meeting on Wednesday during which the Taliban Minister "assured of efforts to resolve issue. His constructive approach welcomed. UN continues to engage Taliban to support welfare and rights of all Afghans".

On Thursday, UN Secretary-General Antonio Guterres also expressed concerns over the well-being of the activists.

"I am increasingly concerned about the well-being of missing women activists in Afghanistan. Several have 'disappeared', some not heard from in weeks," he said in a tweet.

"I strongly urge the Taliban to ensure their safety so that they can return home."

Echoing the UN chief's concern, Australia's interim mission to Afghanistan said on Thursday: "Australia shares the international community's concerns about the well-being of women activists in Afghanistan. We urge the Taliban to resolve this issue and ensure the rights of all Afghans."

Meanwhile, Afghan women's rights activists have called for clarification over the fate of the missing.

"Releasing statements, holding conference, gatherings and twitter messages will never end in a result which is required and we expect. These do not change the situation," said Monisa Mubariz, a women's rights activist. 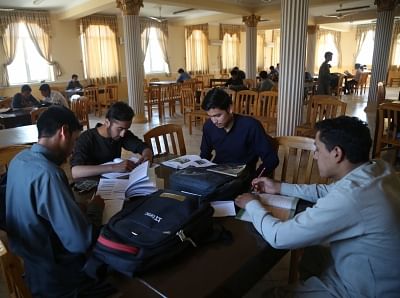