Kabul: Special UN envoy Deborah Lyons held a meeting with the Taliban officials in Kabul to discuss humanitarian assistance for the people, the world body's mission in Afghanistan announced

In a statement on Thursday, the UN Assistance Mission in Afghanistan (UNAMA) said that Lyons met Mullah Abdul Haq Wasiq, the acting intelligence chief of the Taliban government, during which they also discussed about the safety of UN personnel and the threat posed by the Islamic State (IS) terror group, Xinhua news agency.

Lyons, who also heads the UNAMA, recently returned to Kabul after attending several meetings on Afghanistan aboard.

On Wednesday, Lyons held a meeting with Taliban's Interior Minister Mullah Sirajuddin Haqqani, stressing the necessity for all UN and humanitarian personnel in Afghanistan to be able to work without intimidation or obstruction to help Afghan people, according to the UNAMA.

"The meeting also addressed the requirement of mutual trust in collective efforts to improve the challenging situation in Afghanistan, not least in restarting the economy, ensuring civil servants and health workers are paid, as well as medicines and food reaching those most in need," the Mission confirmed.

Meanwhile on Monday at a meeting in Geneva, UN Secretary-General Antonio Guterres said the possibility of a complete economic collapse in Afghanistan was "serious" and highlighted an urgent need for funding support.

On Tuesday, the UN appealed to the countries pledging $1.2 billion in relief for Afghanistan to take actions quickly.

The United Nations also appealed to countries for a quick release of the pledged USD 1.2 billion relief fund for Afghanistan to turn money into food, health care and protection for victims.

Stephane Dujarric, the spokesperson for UN chief Antonio Guterres, said the UN and its partners continue to deliver aid to millions of people in need in Afghanistan. Several relief missions made it from Mazar-i-Sharif by road to Maimana and from Kabul to Jalalabad.

The spokesperson said that the WFP is also pre-positioning food and other stocks at strategic border points in Pakistan, Tajikistan and Uzbekistan in anticipation of high food needs and further disruptions to supply chains. A logistics hub is being set up in Termez, Uzbekistan. 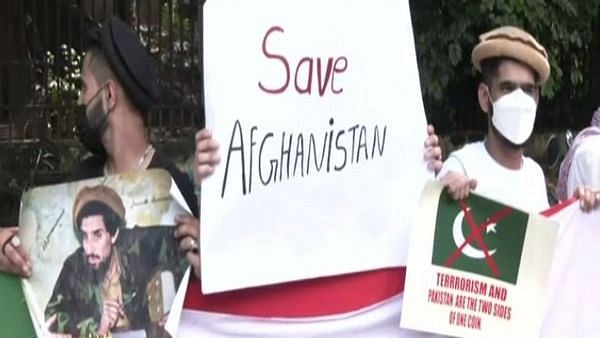 China warns US over interference in Indo-China border conflict