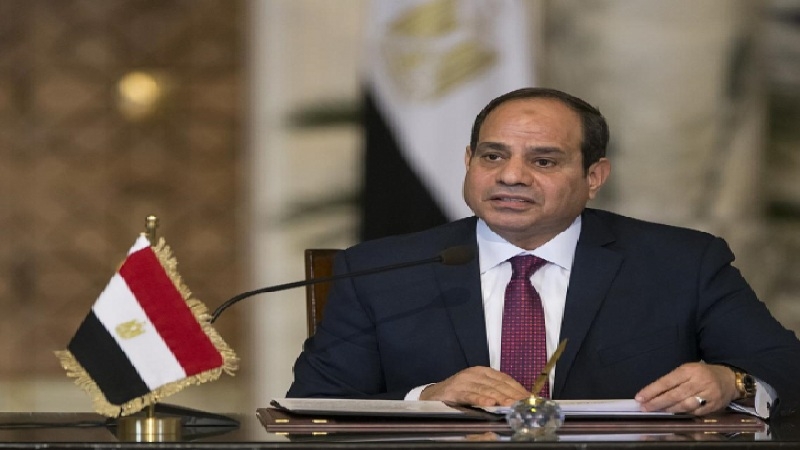 Cairo: Egyptians voted Saturday in a referendum that aims to cement the rule of President Abdel Fattah al-Sisi, the former coup leader who presents himself as a rock of stability in a turbulent region.  Voters were being asked to back amendments to the constitution to allow Sisi, 64, to run for another six-year term while boosting his control over the judiciary and giving the military even greater influence in political life.

The three-day referendum bucks the trend of North Africa’s mini-Arab Spring, in which mass pro-democracy protests this month swept away veteran presidents in Algeria and Sudan. Sisi himself was among the first to vote when polls opened, casting his ball ot in the upmarket Cairo suburb of Heliopolis. In Shubra, a working-class neighbourhood of the capital, dozens of voters,  mostly women carrying their children, queued outside a polling station in the local high school.

In Cairo, troops and police were deployed in numbers although the interior ministry denied to give any nationwide figures. Egypt is still battling a jihaidst insurgency based in the Sinai Peninsula that has seen attacks in Cairo and other cities. Sisi has argued that he needs longer to complete the job of restoring security and stability after the turmoil that followed the overthrow of veteran autocrat Hosni Mubarak in the Arab Spring of 2011. Out on the streets, his supporters waved flags bearing their ca mpaign motto: “Do the Right,” as they pressed passers-by to turn out and vote ‘Yes’.

At a polling station in Manyal, a Cairo suburb overlooking the Nile, Mohamed Abdel Salam, 45, told AFP he was voting enthusiastically in support of the changes.  “I don’t care about the presidential terms,” he said. “Sisi could stay forever as long as he’s doing his job… and he has already done a lot”. Sisi won his first term as president in 2014, a year after he led the army in overthowing elected Islamist president Mohamed Morsi following mass protests against his single turbulent in power.