The Ukrainian deputy prime minister, Iryna Vereshchuk, also made the claim that Russian troops who dug trenches in the forest were exposed to radiation, but it has not been independently verified

A man walks past a shelter covering the exploded reactor at the Chernobyl nuclear plant, in Chernobyl, Ukraine, on April 15, 2021 | AP

Russian troops left the heavily contaminated Chernobyl nuclear site early Friday after returning control to the Ukrainians, authorities said, as eastern parts of the country braced for renewed attacks and Russians blocked another aid mission to the besieged port city of Mariupol.

Ukraine’s state power company, Energoatom, said the pullout at Chernobyl came after soldiers received “significant doses” of radiation from digging trenches in the forest in the exclusion zone around the closed plant. But there was no independent confirmation of that.

The exchange of control happened amid growing indications the Kremlin is using talk of de-escalation in Ukraine as cover to regroup, resupply its forces and redeploy them for a stepped-up offensive in the eastern part of the country.

The announcement appears to confirm reports by senior US defence officials on Wednesday of a withdrawal. Russian troops seized Chernobyl at the beginning of their invasion of Ukraine.

Reuters news agency quoted workers at the plant as saying some of the soldiers had no idea they were in a radiation zone.

The Russian military, however, said that after capturing the plant radiation levels at the plant itself had stayed within a normal range.

The International Atomic Energy Agency (IAEA) said in a statement that it was unable to confirm the reports. Its director did, however, say it was in close consultations with Ukrainian authorities on sending a mission to the Chernobyl plant in the next few days.

The International Atomic Energy Agency (IAEA) said it could not confirm the claims by Ukrainian state power company Energoatom and was seeking an independent assessment.

Energoatom said the Russians dug trenches in the forest inside the exclusion zone at the site of the world’s worst nuclear disaster, and that the troops “panicked at the first sign of illness” which “showed up very quickly” and began preparing to leave.

The Ukrainian deputy prime minister, Iryna Vereshchuk, also made the claim that Russian troops who dug trenches in the forest were exposed to radiation, but it has not been independently verified.

Some reports have suggested the soldiers are being sent to a special medical facility in Belarus after driving tanks through the “dead zone” around the nuclear plant, kicking up radioactive dust.

Grossi visited a nuclear power plant in southern Ukraine on Wednesday on his first trip to the country since Russia's invasion raised fears of a nuclear accident.

The head of the International Atomic Energy Agency has repeatedly warned of the dangers of the conflict -- the first in a country with a vast nuclear estate.

After his visit to Ukraine, the agency was in close consultations with Ukrainian authorities towards sending its first "assistance and support mission" to the Chernobyl nuclear power plant in the next few days, it added.

Grossi was expected to return to the IAEA's headquarters in the Austrian capital Vienna on Friday and hold a press conference later in the afternoon. 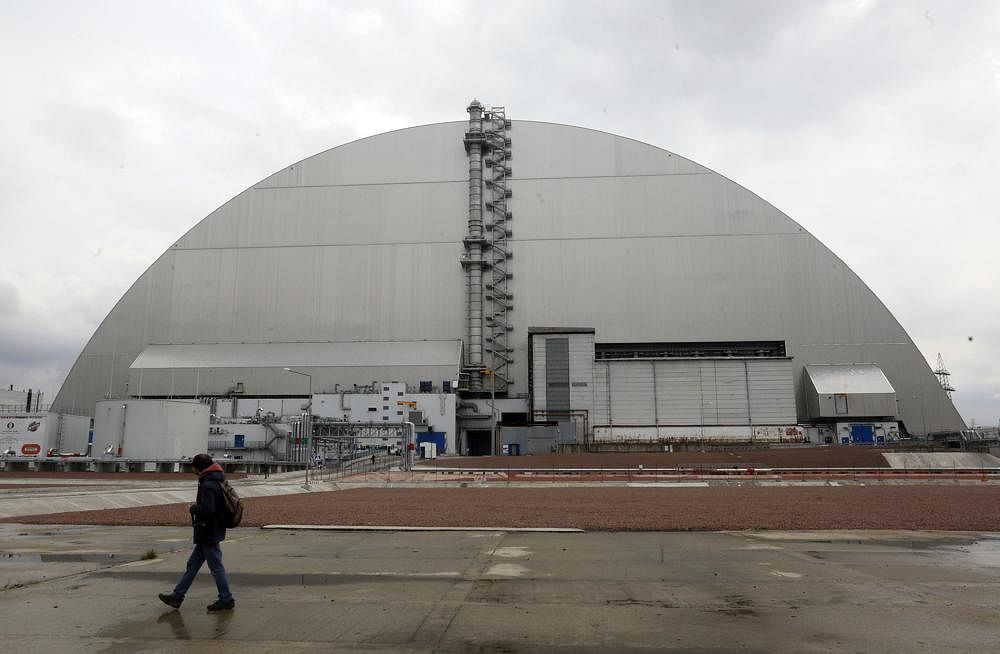