Images showed emergency workers racing to extinguish a massive blaze at what appeared to be a single-story warehouse, as towering plumes of smoke rose from the flames

A frozen food storage warehouse in the region of Kyiv caught fire on Saturday as a result of shelling, according to a post by Ukraine's State Emergency Services (SES).

The shelling had taken place at 3.40 AM (local time) on Saturday morning, they said.

Images published by the SES showed emergency workers racing to extinguish a massive blaze at what appeared to be a single-story warehouse, as towering plumes of smoke rose from the flames.

The SES said the fire had been localised as of 07:54 and that firefighters were still working to put out the flames. No casualties have been reported so far.

Earlier, Ukrainian newspaper Kyiv Independent reported that overnight, Russian attacks set fire to an oil depot in Vasylkiv, 36 km south of Kyiv. Another oil storage facility was hit in the village of Kryachky.

The hospital’s head doctor, Maksim Beznosenko, said several hundred patients were in the hospital during the attack but that no one was killed. The assault damaged the building and blew out windows.

Russian forces have stepped up their attacks on Mykolaiv, located 470 kilometers (292 miles) south of Kyiv, in an attempt to encircle the city.

Ukrainian and Western officials earlier accused Russia of shelling a maternity hospital in the southern city of Mariupol on Wednesday. Three people died in that attack.

Russian forces appeared to make progress from the northeast in their slow fight toward Ukraine’s capital, while tanks and artillery pounded places already under siege with shelling so heavy that residents of one city were unable to bury the growing number of dead.

In a multi-front attack on Kyiv, the Russians’ push from the northeast appeared to be advancing, a U.S. defense official said, speaking on condition of anonymity to give the U.S. assessment of the fight. Combat units were moved up from the rear as the forces closed to less than 20 miles (30 kilometers) from the capital.

New commercial satellite images appeared to capture artillery firing on residential areas between the Russians and the capital. The images from Maxar Technologies showed muzzle flashes and smoke from the big guns, as well as impact craters and burning homes in the town of Moschun, outside Kyiv, the company said. 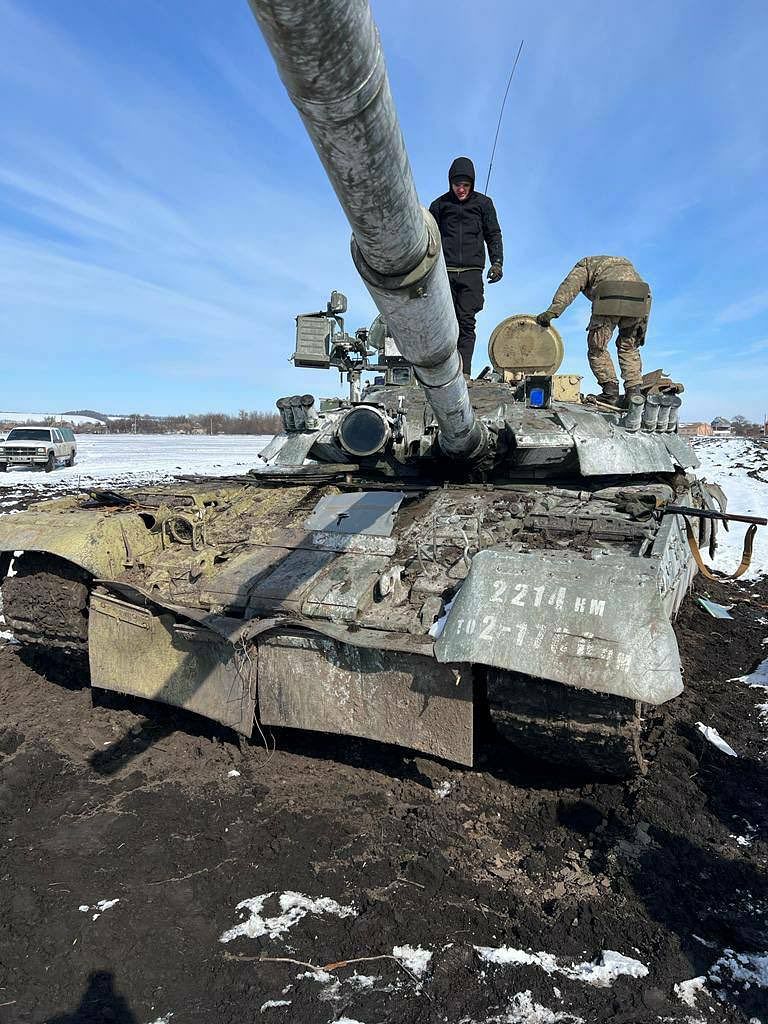