After more than four months of ferocious fighting, Russia claimed a key victory: full control over one of the two provinces in Ukraine’s eastern industrial heartland.

Putin was shown on Russian TV calling on forces on other fronts to pursue their aims according to "previously approved plans".

The capture means that all of Luhansk region is now in Russian hands.

Putin called on forces on other fronts to pursue their aims according to "previously approved plans".

Ukraine’s President Volodymyr Zelenskyy has said that his troops have “no alternative” but to “push back and destroy the offensive potential” of Russian forces, as the battle moves from Luhansk to nearby Donetsk.

Luhansk governor Serhiy Haidai disclosed that Ukrainian forces that retreated from Lysychansk are now holding the line between Bakhmut and Sloviansk, preparing to fend off a further Russian advance.

A Ukrainian presidential adviser has claimed that Russia’s capture of Luhansk is its last victory on Ukraine’s territory, adding Kyiv is planning on counteroffensives in the south of the country where there are fewer Russian forces.

Dozens of mainly elderly people in the eastern Ukrainian city of Kramatorsk queued up for hours on Monday to receive milk, bread and other groceries from World Central Kitchen.

Many are fearful that Russian forces will try to seize all of the Donetsk region after capturing Luhansk last week, the Reuters news agency reports. Bakhmut, Sloviansk and nearby Kramatorsk lie southwest of Lysychansk and are the main urban areas holding out against Russian forces in Donetsk.

Kramatorsk Mayor Oleksandr Honcharenko told Reuters that some residents were packing up to leave after three barrages of missiles hit the town over the weekend. He said the attacks did not kill anyone but one landed in a suburban area and injured one woman.

More than two-thirds of the city’s population has left since the war began, leaving just more than 60,000 people, he said. But many said they did not have any choice rather than stay as they could not afford to rent apartments and support their families away from their homes.

Change in Russian tactics seem to be working

After a failed attempt at a lightning advance on the capital of Kyiv in the opening weeks of the war, Russian forces withdrew from many parts of northern and central Ukraine and turned their attention to the Donbas, a region of mines and factories where Moscow-backed separatists have been fighting Ukrainian forces since 2014.

Since then, Russia has adopted a slow-and-steady approach that allowed it to seize several remaining Ukrainian strongholds in Luhansk over the course of recent weeks.

Speaking about the decision to leave Lysychansk, Haidai said: "Our military could have held the city for a long time, but Russia currently has a huge advantage in artillery and ammunition. They would have simply destroyed the city from a distance, so there was no point in staying."

Will Russia run out of steam?

Some Western officials and analysts have argued that attrition is so heavy that it could force Moscow to suspend its offensive at some point later in the summer, but the Pentagon has cautioned that even though Russia has been churning through troops and supplies at rapid rates it still has abundant resources.

U.S. director of national intelligence Avril Haines said Putin appeared to accept the slow pace of the advance in the Donbas and now hoped to win by crushing Ukraine’s most battle-hardened forces.

“We believe that Russia thinks that if they are able to crush really one of the most capable and well-equipped forces in the east of Ukraine ... that will lead to a slump basically in the Ukrainian resistance and that that may give them greater opportunities,” Haines said.

If Russia wins in the Donbas, it could build on its seizure of the southern Kherson region and part of the neighboring Zaporizhzhia to try to eventually cut Ukraine off from its Black Sea coast all the way to the Romanian border.

If that succeeded, it would deal a crushing blow to the Ukrainian economy and also create a corridor to Moldova’s separatist region of Transnistria that hosts a Russian military base. 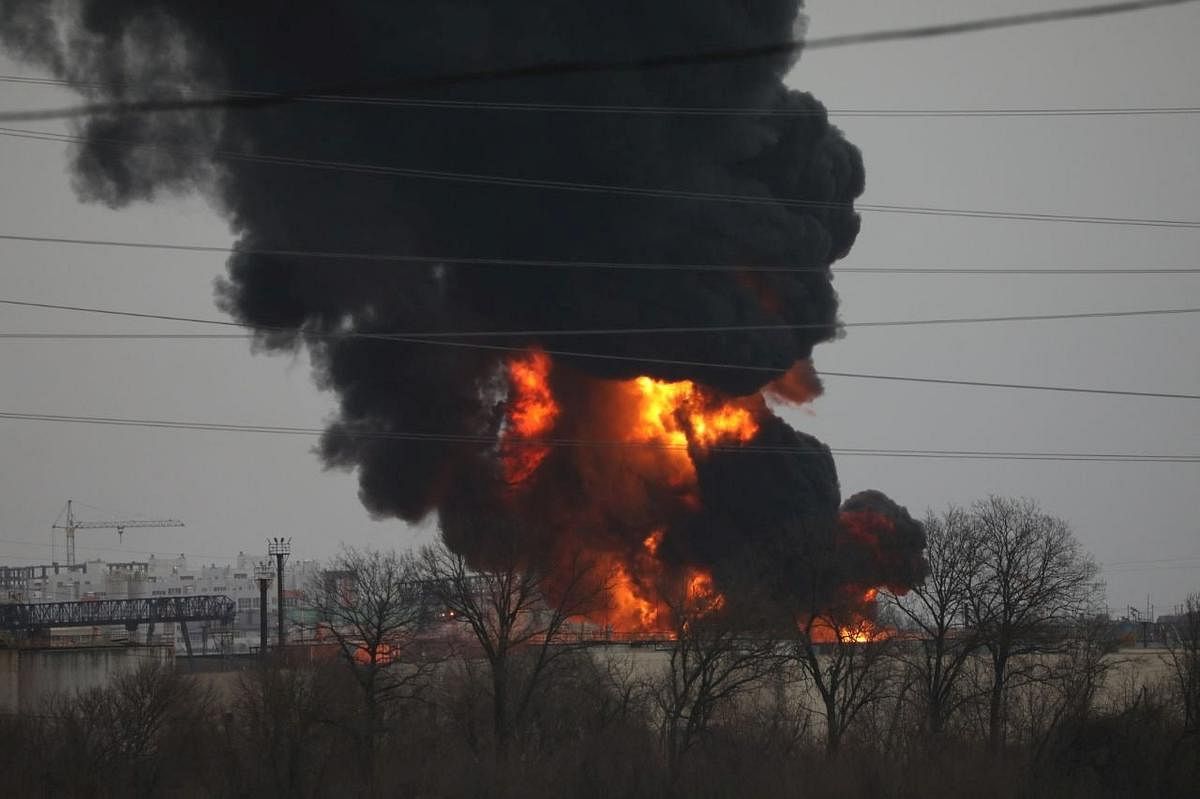