On 20th anniversary of 9/11 terrorist attacks, here's a timeline of important events after the plane crash 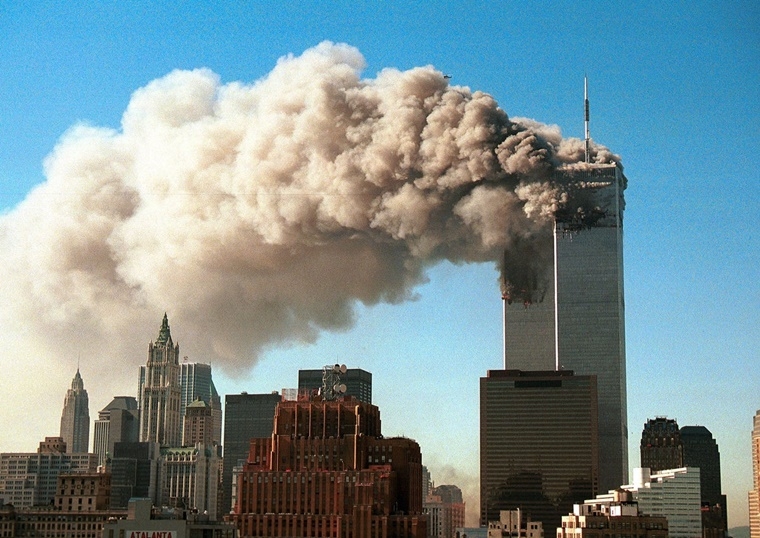 September 11, 2021, marks 20 years since the world was traumatised by the 9/11 terrorist attacks on New York's World Trade Center.

The 20th anniversary comes less than two weeks after the end of the nearly two-decade-long US war in Afghanistan. The war was launched weeks after the 9/11 attacks to retaliate against the Al-Qaeda plotters and the Taliban, who provided them a safe haven.

On the 20th anniversary of the September 11 attacks, President Joe Biden will visit all three 9/11 memorial sites and pay his respects to the nearly 3,000 people killed that day. Biden will visit ground zero in New York City, the Pentagon, and the memorial outside Shanksville, Pennsylvania, where United Flight 93 was forced down, the White House said.

But what happened on September 11, 2001 and after terror attacks. Here's all you need to know.

On September 11, 2001, the United States faced the deadliest terrorist attack in its history. In a span of just 102 minutes, both towers of New York's World Trade Center collapsed after planes hijacked by Al-Qaeda operatives crashed into them. Nearly 3,000 people were killed in the terror attack and thousands were injured.

A group of Al-Qaeda terrorists hijacked four US passenger planes. Two of the hijacked planes were flown into the iconic Twin Towers of the World Trade Center complex in Manhattan. Within two hours, the 110-storey towers at the World Trade Centre collapsed and the debris led to the collapse of other buildings in the complex as well.

A third plane crashed into the Pentagon, which is the building that houses the headquarters of the US department of defence in Virginia. While the fourth plane crashed into a field in Pennsylvania after passengers attempted to fight back.

What happened after the attacks?

November 13, 2001: The Taliban fled to Kandahar as the US-led coalition marches into the Afghan capital with the Northern Alliance.

April 17, 2002: A transitional government led by Hamid Karzai was established in Kabul.

American attention was diverted from Afghanistan when US forces invaded Iraq in March 2003, to oust dictator Saddam Hussein.

The fragmented Taliban and other outfits regrouped in their strongholds in southern and eastern Afghanistan, from where they travelled between their bases in neighbouring Pakistan's tribal areas, and launched an insurgency.

In 2008, the US command in Afghanistan called for more manpower. Bush sent additional soldiers, bringing the total to 48,500 US troops deployed.

In 2009, Barack Obama -- elected president after a campaign that promised to end the Iraq and Afghanistan wars -- boosted the US presence to around 68,000. In December, he sent another 30,000 troops.

Osama bin Laden was killed on May 2, 2011 in a US special forces operation in Pakistan The NATO alliance ended its combat mission in Afghanistan in 2014, but around 12,500 foreign soldiers -- of which 9,800 are American -- remained to train Afghan troops and conduct anti-terrorist operations.

Amid a spreading Taliban insurgency, security in the country deteriorated and a branch of the Islamic State (IS) group became active in 2015.

President Donald Trump scrapped any timetables for a US pullout, and re-committed thousands more soldiers in August 2017.

But deadly attacks multiplied, especially against Afghan forces and the US dramatically stepped up air strikes.

US officials announced negotiators in Doha, Qatar and a Taliban delegation agreed in principle to a “framework” for an eventual US withdrawal.

February 29, 2020: The US and the Taliban signed a deal in Doha, Qatar, setting a timetable for the withdrawal of the around 13,000 U.S. troops still in Afghanistan and committing the insurgents to halt attacks on Americans.

September 12, 2020-February 2021: After months of delay, Taliban-Afghan government negotiations opened in Qatar, sputter for several sessions and finally stall with no progress. Ashraf Ghani refused proposals for a unity government, while the Taliban balked at a cease-fire with the government.

May 4, 2021: In three weeks since President Joe Biden’s announcement, the Taliban launched a major offensive in seven provinces, including the southern Helmand province.

July 2, 2021: The US forces pulled out from Bagram Air Base, signalling their exit from the conflict. The transfer of Bagram, the heart of the US military's presence in Afghanistan throughout the war, signalled that the complete pullout of American troops is imminent, expected within days, far ahead of Biden's Sept. 11 timetable.

August 15, 2021: President Ashraf Ghani fled the country and the Taliban took over the capital of Kabul. Later, chaos prevailed as several hundreds of citizens tried to leave the country through the only airport not under the Taliban’s control.

August 26, 2021: As chaotic evacuation efforts continue, the Islamic State in Khorasan Province, or ISKP (ISIS-K), attacks the Kabul airport in a bombing that killed scores of Afghan civilians and 13 members of the US military.

August 30, 2021: The US announces that all US troops have left Afghanistan – With the last plane lifting off just before midnight, ahead of the August 31 deadline.

(With inputs from PTI, AFP and Associated Press)