Islamabad: Pakistan's nuclear arsenal is "simply a deterrent" to protect the country and there will no longer be any need for it once the Kashmir issue is resolved, Prime Minister Imran Khan has said as he asserted that if the Americans have the resolve and the will, the issue can be sorted out.

"I don't know where they've come up with this. Pakistan's nuclear arsenal is simply a deterrent, to protect ourselves," Prime Minister Khan said during an interview with the news programme Axios on HBO, which was reported by Dawn online.

Khan said that he was "not sure" whether it was growing. "As far as I know, it's not an offensive thing. Any country which has a neighbour seven times its size would be worried." He was responding to a question by the interviewer who asked, "Intelligence analysts say Pakistan has the fastest growing nuclear arsenal anywhere in the world. Why?" Khan went on to say that he was "completely against nuclear arms".

"I always have been. We've had three wars against India and ever since we have had a nuclear deterrent, there has been no war between the two countries. We've had border skirmishes but we've never faced war.

"The moment there is a settlement on Kashmir, the two neighbours would live as civilised people. We will not need to have nuclear deterrents," the cricketer-turned-politician said.

To another question, Khan said that the US had a big responsibility when it came to Kashmir.

"If the Americans have the resolve and the will, [the Kashmir issue] can be sorted out," he said.

Read Also
‘Absolutely not’: Imran Khan rules out possibility of giving Pakistan military bases to US for... 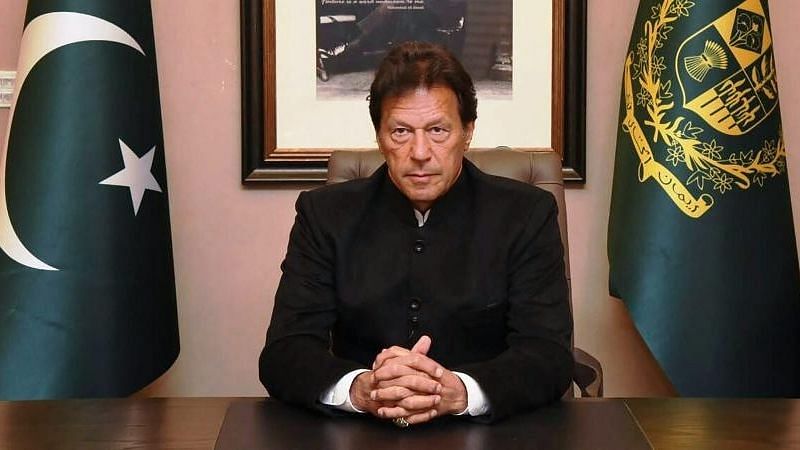 India has repeatedly ruled out any role for a third party, asserting that any issue between India and Pakistan should be resolved bilaterally under the provisions of Simla agreement and the Lahore declaration.

Asked why he was so outspoken about Islamophobia in the West but silent about the alleged genocide of Uighur Muslims in China's Xinjiang, Khan said that all issues were discussed with China "behind closed doors".

"China has been one of the greatest friends to us in our most difficult times. When we were really struggling, China came to our rescue. We respect the way they are and whatever issues we have, we speak behind closed doors.

"I look around the world, what's happening in Palestine, Libya, Somalia, Syria, Afghanistan. Am I going to start talking about everything? I concentrate on what is happening on my border, in my country," Khan said.

"Why is that (Kashmir) not an issue?" Khan asked, adding that he considered it to be "hypocrisy".

Talking about the open letter he had written to leaders of Muslims states calling on them to unite against Islamophobia, Khan said: "There is a big communication gap between the Islamic world and Western societies. It happened after 9/11 when the world 'Islamic' terrorism came into currency." The moment you say Islamic terrorism, the common man in the West thinks there is something within the religion which leads to terrorism, he said. After 9/11 any time there was a terrorist act where a Muslim was involved, 1.3 billion Muslims across the world started becoming targets, he said.

Asked whether he was "happy" about the US withdrawal from Afghanistan, the premier said: "Happy in one way because there was never gonna be a military solution in Afghanistan." He went on to say that there were also feelings of anxiousness. "Without a political settlement there is the possibility of a civil war." He stated that in his view, a political settlement would mean a coalition government between the Taliban and the Afghan leadership. "There is no other solution." Asked whether the US had made a mistake by announcing the date of the withdrawal, Khan said: "They have got themselves in such a big mess. They had to give some sort of timeframe, but the moment they gave a timeframe the Taliban would have considered that a victory." He said that as far as Pakistan is concerned, it would deal with whoever represented the people of Afghanistan.

"Does it not concern you that this group of people (Taliban) is accumulating power right next to you?" the interviewer asked.

"Look, I'm not a spokesman for the Taliban. For me to say what they [should] be doing, shouldn't be doing is pointless. In case the Taliban go for an all out victory, there is going to be an incredible amount of bloodshed and the country that will suffer the most after Afghanistan, is going to be Pakistan," Khan said.

There must be a political settlement before the Americans leave, he said.

Talking about the recent visit of CIA Director William Burns, the prime minister said that since 9/11 the intelligence agencies of the two countries have been in "constant touch". However, he denied meeting the CIA chief.

"Would you allow the American government to have the CIA here in Pakistan to conduct cross-border counterterrorism missions against Al-Qaeda, ISIS or the Taliban?" the interviewer asked.

"Absolutely not. There is no way we are going to allow any bases, any sort of action from Pakistani territory into Afghanistan. Absolutely not," he replied.

"Pakistan suffered 70,000 casualties, more than any other country by joining the American war. We cannot afford anymore military actions from our territ ory. We will be partners in peace, not in conflict." Asked whether Pakistan would allow the US Air Force to use its airspace for air strikes against the Taliban, the premier reiterated that Pakistan "would not be a part of any conflict".

Asked to respond to his comments linking the incidence of rape to obscenity, Khan said: "It is such nonsense. I never said that [...] I said the concept of purdah which is to avoid temptation in society." "If a woman is wearing very few clothes, it will have an impact on men unless they are robots. I mean it's common sense," he said. If you have a society where people haven't seen that sort of thing it will have an impact on them, he said. 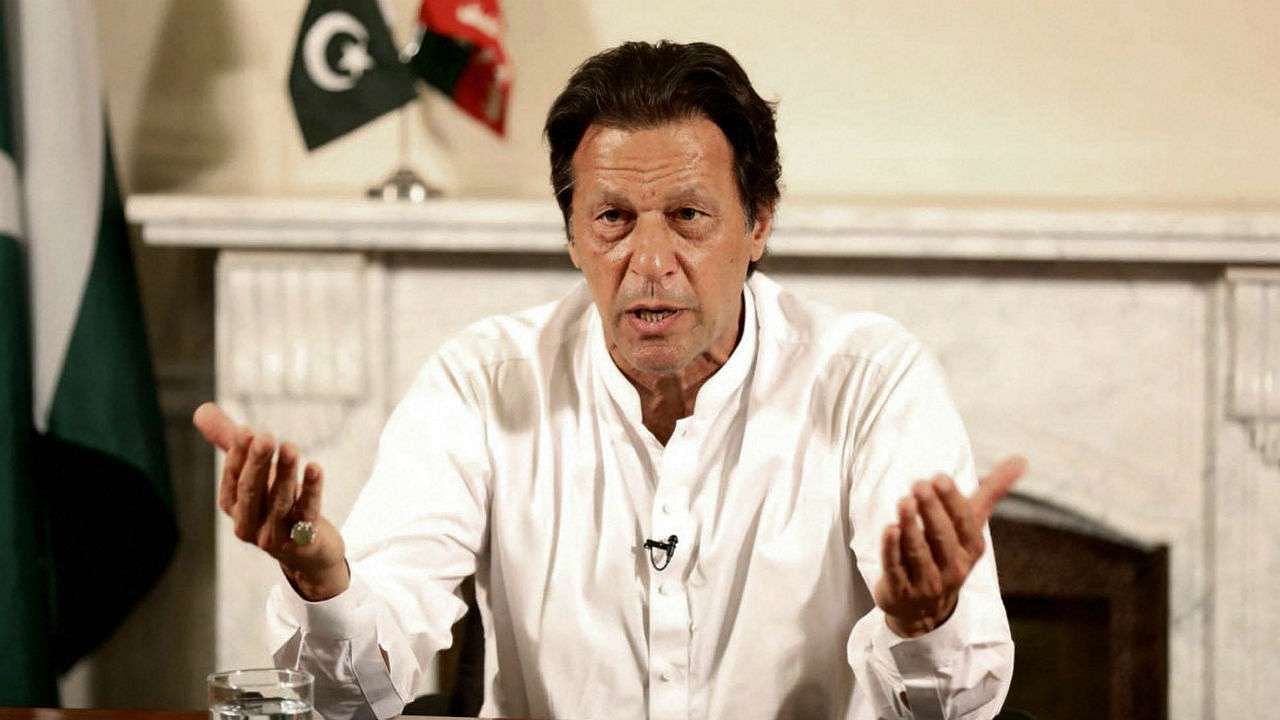