The picture showed a rocket lying inside a house after hitting through the wall.

Ukraine: A picture was shared on the Twitter handle of Anton Gerashchenko, Advisor to the Minister of Internal Affairs of Ukraine on December 29 which has gone viral all over the internet. The picture showed a rocket lying inside a house after hitting through the wall.

Gerashchenko in his post alleged that rocket was a Russian one, and it hit a house in Ivano-Frankivsk region in Ukraine. The rocket broke through the wall and got stuck inside the house, he stated.

He posted the picture on Twitter and said, "Russian rocket flew into a home in Ivano-Frankivsk region and didn't explode by miracle."

Russian rocket flew into a home in Ivano-Frankivsk region and didn't explode by miracle.

The netizens were shocked and even agitated over the picture and the impact of war between both countries. Many were seen criticising the Russian government for missile strikes.

That'll be Russia's legacy 1,000 years from now: a terroristic regime.

Another user commented, "So they are aiming on civilians homes again and again?"

So they are aiming on civilians homes again and again?

Russia is also being criticised for the new year strikes that were conducted on Ukrainian cities. However, the Russian government has refused to take responsibility of strikes stating that it has stopped missile strikes on civilians.

Read Also
At least one dead, 20 injured as Russia fires over 20 missiles at Ukraine on New Year's Day 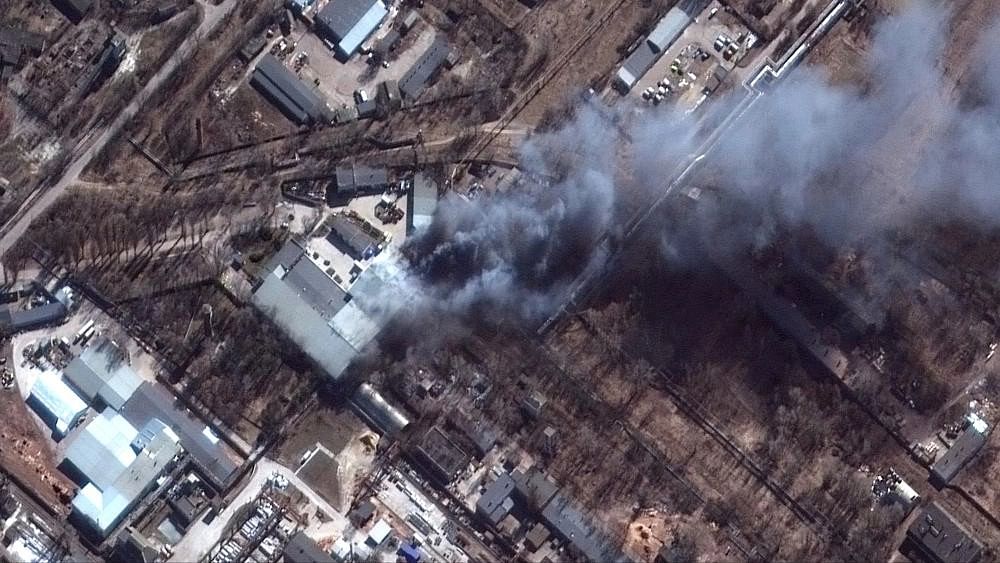