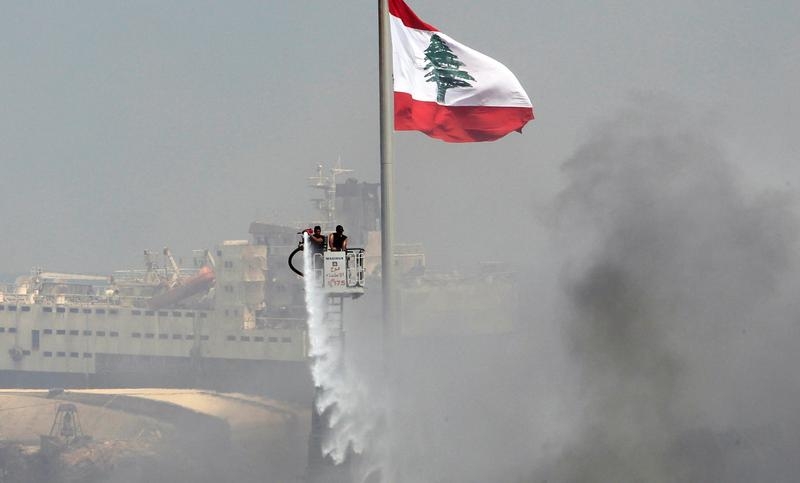 Plumes of white smoke covered the Port of Beirut, triggering panic among the residents of the Lebanese capital city.

According to local media reports, the smoke covered the port, where a major fire broke out on September 10, on Saturday night, reports Xinhua news agency.

Civil defence teams have been staying at the port over the past two days since the blaze erupted at the port's duty free warehouse destroying food products, oil, tires, beauty products, clothes, shoes, home appliances and electric equipment.

The Chief of Information for the Beirut fire brigade Ali Najm said the teams were attempting to remove the products stored at the port which created the white smoke while the situation is under control.

The losses due to the blaze was estimated to be worth $15 million.

Spokesperson of the Lebanese Red Cross (LRC) Rona Halabi noted that a big part of the products which were to be distributed to poor families in Lebanon and Syria were destroyed in the blaze.

Beirut's port is a vital facility used by the LRC to store products.

The fire broke out just over a month after the August 4 explosions in the port that claimed the lives of 190 people, injured thousands others and left as many as 300,000 homeless.

The explosions were caused by 2,750 tonnes of ammonium nitrate detonating at a warehouse in the port.

The cause of the fire is unclear and investigations are still ongoing.