Around 900 members of Parliament and peers remained present for this stage of the constitutional ritual of State Mourning, commons speaker welcomes the King and the Queen Consort and expressed his condolence

London: King Charles III on Monday addressed Parliament for the first time as Britain's monarch during which he pledged to follow the example of selfless duty set by his "darling late mother" Queen Elizabeth II in upholding "the valuable principles of constitutional governance".

Responding to the condolences offered by the House of Commons and Lords at Westminster Hall in London, the monarch reflected upon the "weight of history" as he pointed to the many symbols of his mother's reign around the historic Westminster Hall within the Houses of Parliament complex and quoted from William Shakespeare to pay tribute to the Queen, who passed away aged 96 in Scotland on Thursday.

The king addressed the masses over there by quoting a Shakespeare line stating that Queen Elizabeth I was "a pattern to all princes living" and reminds us of the vital Parliamentary traditions to which MPs and others dedicate themselves.

He said connections to "my darling late mother" are seen all around us, from the Silver Jubilee fountain to the sundial in Old Palace Yard marking her Golden Jubilee.

The 73-year-old monarch took a flight to Edinburgh with Queen Consort Camilla leading a royal procession behind the late Queen's coffin as it makes its journey from the Palace of Holyroodhouse to St. Giles' Cathedral in the Scottish capital. Following a special service to celebrate Queen Elizabeth II's life, the coffin will lie-at-rest at the cathedral for 24 hours to allow members of the public to pay their respects.

King Charles III had an audience with Scottish First Nicola Sturgeon and attended the Scottish Parliament to receive a motion of condolence. On Monday evening, the monarch held a vigil with other members of the royal family at St. Giles' Cathedral, where the coffin will be draped in the Royal Standard flag and the Crown of Scotland placed on top.

I am deeply aware of this great inheritance and of the duties and heavy responsibilities of sovereignty which have now passed to me, Charles said in his declaration on being proclaimed King over the weekend.

In taking up these responsibilities, I shall strive to follow the inspiring example I have been set in upholding constitutional government and to seek the peace, harmony, and prosperity of the peoples of these islands and of the Commonwealth Realms and Territories throughout the world, he said. Meanwhile, the journey of the Queen's coffin from Scotland to England will be undertaken by air on Tuesday, when the Queen's daughter Princess Anne will accompany it to the Bow Room at the monarch's London residence, Buckingham Palace.

Buckingham Palace has issued a detailed advisory for members of the public who wish to pay their respects during this period of mourning. The closed coffin will rest on a raised platform known as a catafalque, and people will be able to pass by the catafalque. Large crowds are expected, with warnings of long queues and delays on public transport and a ban on photography.

Visitors will go through airport-style security and there are tight restrictions on what you can take in, with only a small bag permitted. With thousands expected to turn out, people are warned they may even have to queue overnight with very little opportunity to sit down as the queue will keep moving. The King says he is deeply grateful for the condolences which so touchingly encompass what the Queen meant to us all.

Earlier, Commons Speaker Sir Lindsay Hoyle welcomes the King and the Queen Consort and expressed his condolence saying the loss of the Queen is felt around the globe, the UK and the entire Commonwealth - “which she did so much to nurture.” “Deep as our grief is, we know yours is deeper,” he tells the King. (With Angency inputs from PTI) 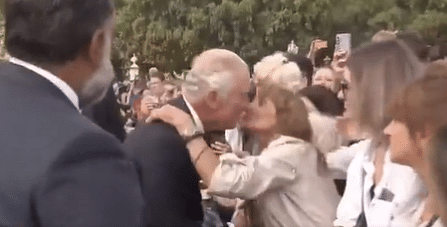