New Delhi: In his first visit to India after assuming office and also amid the ongoing Ukrainian crisis, Japanese Prime Minister Fumio Kishida during his two-day stay in New Delhi will take part in the 14th India-Japan Annual Summit, besides holding bilateral talks with PM Narendra Modi.

The India-Japan Annual Summit had last taken place in Tokyo in October 2018.

Kishida's visit to India gains significance amid the western countries slapping sanctions against Russia for its military operation in Ukraine while the major oil-consuming countries are keeping a close watch on the impact of the Ukrainian crisis on oil prices.

India and Japan have multi-faceted cooperation as partners within the ambit of their "Special Strategic and Global Partnership".

The Summit will provide an opportunity for both sides to review and strengthen the bilateral cooperation in diverse areas as well as exchange views on regional and global issues of mutual interest so as to advance their partnership for peace, stability and prosperity in the Indo-Pacific region and beyond.

Earlier PM Modi had spoken to PM Kishida on phone in October 2021 soon after the Japanese Prime Minister had assumed office. Both sides had expressed a desire to further strengthen "Special Strategic and Global Partnership".

Since PM Modi's visit to Japan in 2014, tremendous progress has been made with the implementation of several important decisions taken by both countries. Shinzo Abe was then the Japanese PM.

Japan had announced an investment of Yen 3.5 trillion for India, which included public and private participation in various projects.

At present, there are 1455 Japanese companies in India. Eleven Japan Industrial Townships (JIT) have been established, including Neemrana in Rajasthan and Sri City in Andhra Pradesh hosting the most number of Japanese companies. Japan is also India's 5th largest source of FDI, besides being the largest development partner.

India and Japan had signed a "Digital Partnership" in October 2018. At present, Indian startups have raised more than USD 10 billion from Japanese Venture Capitalists. India and Japan have also launched a private sector driven fund-of-funds to invest in technology startups in India which has raised USD 100 million so far.

Both sides also have Cooperation in the field of ICT, in areas such as 5G, under-sea cables, telecom and network security.

Progress has also been made in skill development. The total number of Japan-India Institutes of Manufacturing (JIM) now is 19 (it was 8 in 2018). These institutes are established by Japanese companies based in India for training skilled workers.

Japanese companies have also set up seven Japanese Endowed Courses (JEC) at various colleges while 220 Indian youth have been placed in Japan as interns under "Technical Intern Training Programme (TITP)".

Last year, India had also signed a "Specified Skilled Workers Agreement". The Japanese side has since January this year started holding examinations for nursing care under this programme.

The "Agreement on Reciprocal Provision of Supplies and Services between the Self-Defence Forces of Japan and the Indian Armed Forces (or ACSA)", which was signed on 9 September 2020, came into force on July 11 2021.

Both the countries signed a convergence on free, open and inclusive Indo-Pacific. They signed a Reciprocal Provision of "Supplies and Services Agreement (RPSS)". Meanwhile, the inaugural 2+2 ministerial meeting was held in November 2019.

A decision was also taken in the 2017 Summit to establish the "India-Japan Act East Forum". The objective is to coordinate developmental projects in Northeastern parts of India in areas of connectivity, forest management, disaster risk reduction and capacity building.

Several projects, including the up-gradation of highways in Meghalaya, Tripura and Mizoram are underway. 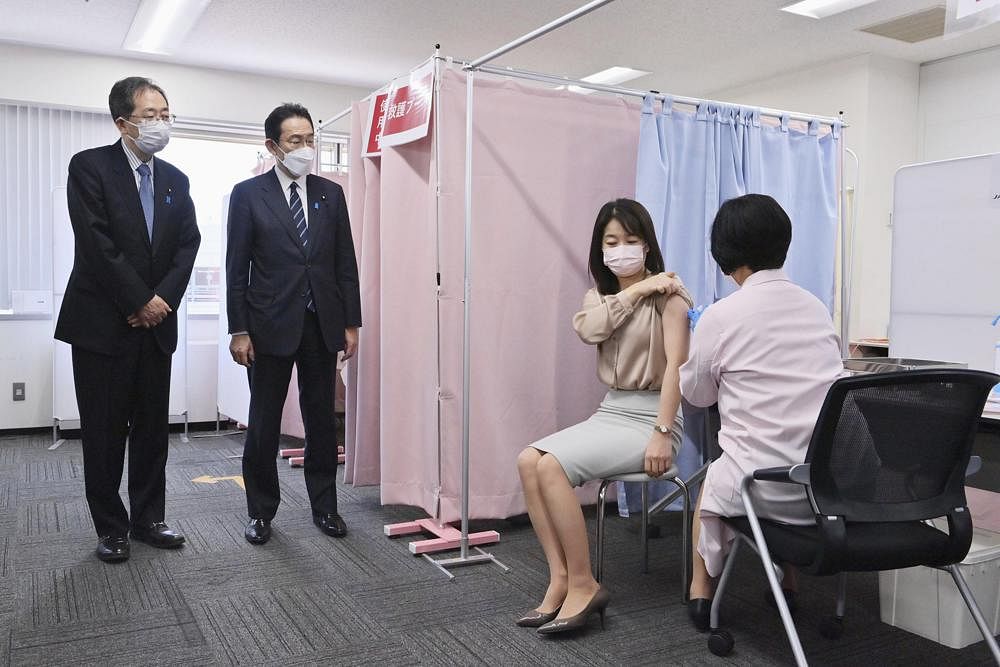