The attacks came hours after the Israeli military said an Israeli drone crashed on the Syrian side of the border Tuesday, adding that an investigation was opened into the case

Israel has staged hundreds of attacks on targets in government-controlled Syria over the years, but rarely acknowledged or discussed such operations | AFP
Advertisement

An Israeli missile attack on suburbs of the Syrian capital Damascus killed four soldiers and wounded three others, the Defense Ministry said Wednesday.

The ministry said earlier in the day that the missiles were fired from northern Israel shortly after midnight and that most of them were shot down.

The ministry said the attack on the suburbs of Damascus caused material damage, but gave no further details.

The attacks came hours after the Israeli military said an Israeli drone crashed on the Syrian side of the border Tuesday, adding that an investigation was opened into the case.

There was no comment from the Israeli military on the attacks near Damascus.

It was the latest attack on Syria since April 14, when several missiles hit Syrian army positions near Damascus.

Four Syrian soldiers were killed and three were hurt in an Israeli strike in the pre-dawn hours of Wednesday morning near the capital Damascus, Syria’s state media said.

It was the third alleged Israeli attack in Syria this month.

The state-run broadcaster said Syrian air defenses responded to the Israeli attack. “Our air defenses confronted an Israeli aggression over the outskirts of Damascus,” the SANA news agency said.

The official claimed most of the Israeli missiles were shot down and that the Syrian military was still looking into the “results of the aggression.”

SANA released a video claiming to show an air defense missile streaking through the night sky.

Israel has staged hundreds of strikes on targets in Syria over the years but rarely acknowledges or discusses such operations.

It has acknowledged, however, that it targets the bases of Iran-allied militias, such as Lebanon’s Hezbollah group that has fighters deployed in Syria. It says it attacks arms shipments believed to be bound for the militias.

Israel justifies its attacks on facilities and weapons in Syria saying the Iranian presence on its northern frontier is a red line. 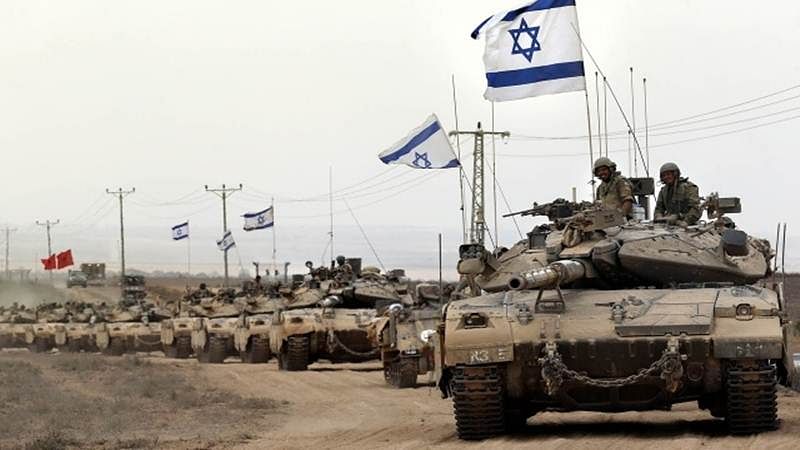