The area, neighboring both Pakistan and Afghanistan, has been the scene of occasional clashes between Baluch militants and Iranian forces

The report said Gen. Hossein Almasi survived the ambush — in Zahedan city of the southeastern Sistan and Baluchistan Province — without any injury. It identified the fallen bodyguard as Mahmoud Absalan.

Mahmoud Absalan, the bodyguard who was killed in the attack that occurred near a checkpoint in the provincial capital Zahedan, was the son of a senior Guards commander in the region, IRNA said.

The attack came on a night celebrated by many devout Iranians as Islam’s holiest, which this year coincided with events marking the anniversary of the Revolutionary Guards’ establishment after the 1979 Iranian revolution.

Authorities have arrested some suspects but did not identify them, the report added.

The area, neighboring both Pakistan and Afghanistan, has been the scene of occasional clashes between Baluch militants and Iranian forces. Security forces have also clashed with drug traffickers in the province, which is on a major smuggling route for Afghan opium and heroin.

In January three Guard members and five bandits were killed in a clash in the province, a month after the Guard killed a gunman who had attacked its rural intelligence office. 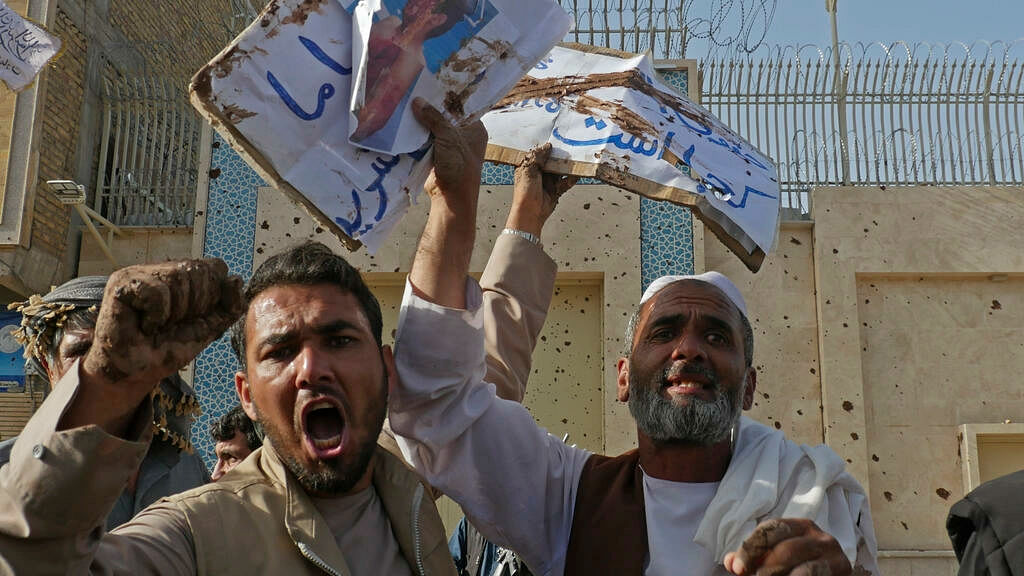