The UN General Assembly, in 2011, declared 12 April as the International Day of Human Space Flight “to celebrate each year at the international level the beginning of the space era for mankind"

Earth's first man-made satellite, Sputnik I, was launched into orbit on October 4, 1957. A few years later, Cosmonaut Yuri Gagarin became the first person to orbit Earth on April 12, 1961, in the Vostok I spacecraft. Gagarin's flight lasted 108 minutes and started the age of human spaceflight.

When the Soviet Union launched Sputnik 1, in 1957, it was unclear whether national boundaries would extend into outer space. If they did, Sputnik–and Yuri Gagarin–would have violated the sovereignty of many nations by orbiting the Earth, in the same manner as the United States would have when Alan Shepard orbited the Earth less than a year later. Thus, a distinction was made between spacecraft and aircraft that began the field of space law.

In 1967, the Treaty on Principles Governing the Activities of States in the Exploration and Use of Outer Space, Including the Moon and Other Celestial Bodies–often referred to much more simply as “the Outer Space Treaty”–established the framework upon which modern space law is built.

In the twentieth century, virtually all manned space activities were carried out by state agencies. Under space law, legal responsibility for space objects and personnel was assigned to the nation states. In recent years, however, we have witnessed the development of privatized space travel. The development of private companies going into space raises many interesting legal questions that will certainly be addressed over the coming years.

The space industry is responsible for many of the technological developments which we take for granted today. The Apollo Guidance Computer, for example, was one of the first integrated circuit-based computers. This allowed for a significant miniaturization of a computer that otherwise would have been far too large to fit into a space capsule. NASA has a list of technological benefits resulting from space exploration.

The General Assembly, in its resolution A/RES/65/271 of 7 April 2011, declared 12 April as the International Day of Human Space Flight “to celebrate each year at the international level the beginning of the space era for mankind, reaffirming the important contribution of space science and technology in achieving sustainable development goals and increasing the well-being of States and peoples, as well as ensuring the realization of their aspiration to maintain outer space for peaceful purposes.”

12 April 1961 was the date of the first human space flight, carried out by Yuri Gagarin, a Soviet citizen. This historic event opened the way for space exploration for the benefit of all humanity.

The General Assembly expressed its deep conviction of the common interest of mankind in promoting and expanding the exploration and use of outer space, as the province of all mankind, for peaceful purposes and in continuing efforts to extend to all States the benefits derived there from.

In the Soviet Union, 12 April was commemorated as Cosmonautics Day since 1963, and is still observed in Russia and some former Soviet states. Yuri's Night, also known as "World Space Party" is an international observance initiated in the United States in 2001, on the 40th anniversary of Gagarin's flight.

Also commemorated on this date is the first NASA Space Shuttle launch, STS-1 of Columbia on 12 April 1981, exactly 20 years after the first human spaceflight.

Activities to promote the day have included photo exhibitions, conferences showcasing technology used for outer space, and the release of commemorative stamps. 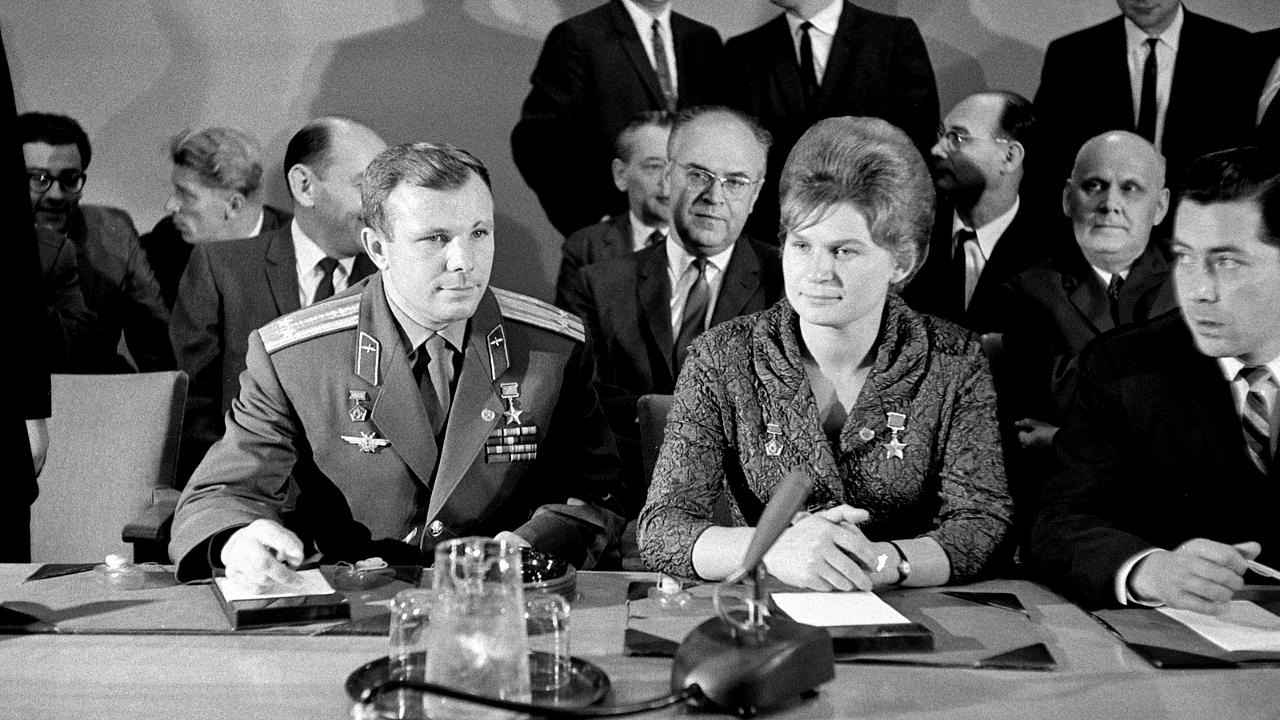