London: Indian origin Leo Varadkar assumed the role of Ireland's prime minister on Saturday as part of a job-sharing deal made by the country's centrist coalition government. This is his second term serving as Ireland's PM.

As per an AP report, Varadkar replaced Micheal Martin. Lawmakers voted to approve his nomination during a special session of the Dail, the lower house of Ireland's parliament.

His appointment was confirmed when he received the seal of office from President Michael D. Higgins, Ireland's head of state.

Martin has served as Ireland's leader, or taoiseach, since an election in 2020 that produced a historic coalition agreement between his Fianna Fail party and Varadkar's Fine Gael.

Forming a government along with the smaller Greens, the parties agreed Martin would hold the top job with Varadkar as his deputy for the first half of a five-year term, before the men switched posts.

The government faces a daunting set of challenges, including a housing crisis, soaring energy costs, an overstretched health care system and thorny post-Brexit relations with the United Kingdom.

In an acceptance speech, Varadkar promised to tackle the housing and cost of living crises during the remainder of the government's term, "offering hope and housing, economic opportunities and a fair start for all".

The deal between Martin & Varadkar

Martin, 62, submitted his resignation to the president on Saturday morning. He said it had been "the honour of a lifetime" to serve as taoiseach and he was "looking forward to the second phase of this government".

Fine Gael and Fianna Fail are both centrist parties, with a fierce rivalry stemming from their origins on opposite sides of Ireland's civil war a century ago.

They have dominated Irish politics for decades but had never formed a government together before.

Their coalition deal shut out left-wing nationalist party Sinn Fein, which won the largest share of votes in the 2020 election but was unable to assemble enough support to govern.

The two centrist parties have long shunned Sinn Fein because of its historic links to the Irish Republican Army and decades of violence in Northern Ireland, but it continues to build support, especially among younger voters.

Sinn Fein leader Mary Lou McDonald voted against Varadkar's selection, saying the coalition government was "out of touch, out of ideas and out of time".

Varadkar, whose mother is Irish and father is Indian, was also Ireland's first biracial taoiseach.

Varadkar said that attention during his first term had understandably focused on what his election represented for Ireland, which gained independence from Britain a century ago as an overwhelmingly Roman Catholic, conservative nation.

But now, he said, "I think we should focus on where our country is now and what needs to be done as we prepare for our next century of statehood". 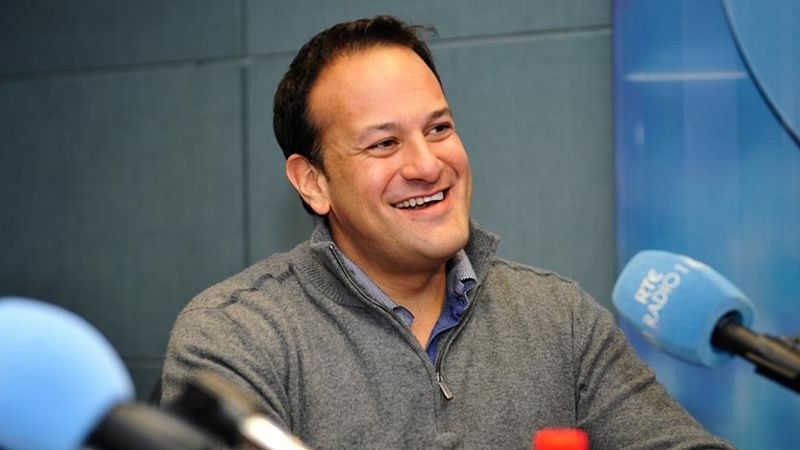